In their daydreams, Marley and her mother were safe. 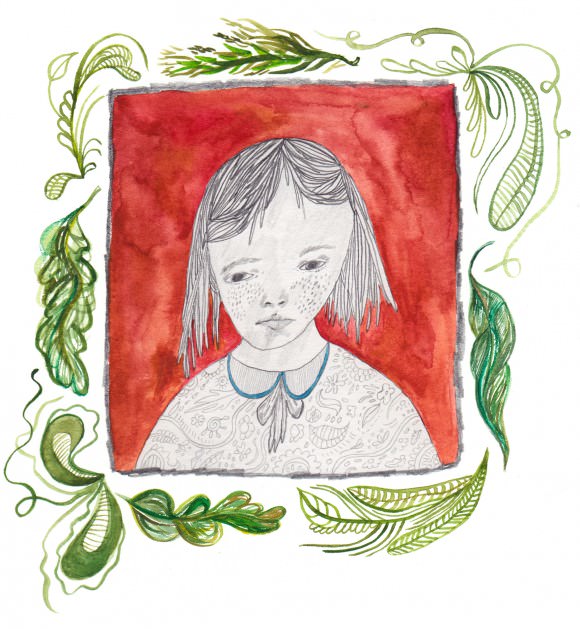 Though her mother repeatedly told her not to, Marley Abbott had a tendency to stare. At first, her habit was attributed to curiosity, or perhaps a baby’s physiological need to master the art of focusing. But now she was 16, and several optometry tests had proved there was nothing wrong with her eyes, even though she was now staring more often than she was not. Her mother, finding the habit both irritating and frightening, was beginning to consider other avenues of treatment: psychiatric, maybe, or religious.

“It is not normal for a girl to stare the way she does,” Mrs. Abbott said to anyone who would listen. It was all the woman ever talked about: her daughter, who did nothing but stare. Even if the conversation were about something completely different, Mrs. Abbott would find a way to bring it right back to Marley and her tireless eyes.

“She’s just daydreaming,” the flies caught in Mrs. Abbott’s rhetorical web—distant relatives, pediatricians, strangers at the grocery store—would argue. “She’s a teenager. It’s what they do.”

But Mrs. Abbott took no comfort from these glib consolations. She had been a teenage girl herself, after all. She remembered what it was like to daydream. But Marley’s staring spells weren’t easily broken by distraction or attempts at discussion—the girl was constantly disappearing into her own mind, her lips occasionally twitching into a smile, her eyes watching an invisible film that no one else could see.

There is only one dream in a town like Marrow Falls, and that is the dream of leaving. Any other aspirations died alongside the Bournier Silver Company, which went out of business 25 years before Marley Abbott was born. Her grandfather, Louis Charron, spent his entire life working for Bournier Silver. All his family had to show for it was a misspelled Certificate of Achievement he’d been given for having a 30-year “IMPECCABLE SAFTEY” record and the requisite, impractical Bournier silver-plated tea set, an ancestral relic that seemed to be stashed in every basement in town.

Louis and Althea Charron had three children, of which Mrs. Abbott, born Marguerite, was the eldest. The younger children, twin boys named Albert and Michael, left Marrow Falls on their 18th birthday, seeking better lives in bigger cities. They returned every four or five years, but only out of obligation, for holidays, weddings, and funerals.

After Louis and Althea died, the boys stopped visiting altogether, which was fine by Marguerite, who’d never forgiven them for leaving her behind. She convinced herself that she had no use for them anyhow. She was content with her new family, her own family: Cooper Abbott, her lovely husband, and their daughter, Marley Elise. She could stay in Marrow Falls, she rationalized, as long as they were there with her.

Had it been three years? Marley couldn’t remember. She’d never had a decent handle on time, anyhow. All of it flew by her like calendar pages in a movie montage when days are ripped out and thrown around to make the story go faster. Time was forever an enemy. It seemed unfair that anyone or anything would create a world with endless beautiful things in it and give a person only a set amount of time to see them.

“Your mother says you’ve been staring for three years,” the doctor said. “Is this true?”

The psychiatrist’s office was boringly beige, save for a few paintings of flowers, their colors muted and dulled in an apparent attempt to create a sense of peace. The books on the shelves looked like they’d been written 200 years ago and hadn’t been opened since. “Show” books: the very worst kind of books. Marley fought to break her gaze. She knew she was staring at a book’s fraying binding and sensed that the doctor was observing her. She hated thinking of herself as a subject. She believed very strongly in the art of observation, but she would never be so rude as to apply it to actual living things. In that way, she listened to her mother, who’d always told her it was rude to stare at people.

She fixed her eyes on a patch of carpet directly in front of the psychiatrist’s chair, hoping he’d view it as shyness, or embarrassment, as opposed to a calculated choice. The carpet had several stains, and this one, Marley noticed, was shaped like a dog, foaming at the mouth.

“I don’t really remember. I suppose that sounds right.” There. She’d answered the question. She was 16 now, wasn’t she? And her father died shortly after her 13th birthday, so, yes. Three years. “Three years,” she said aloud.

“I understand your father passed away three years ago,” the doctor continued. “Is that correct?”

Is that correct? What does “passing away” mean, really? Marley never cared for the expression. It suited fairy tales—stories of elves and ships and winged creatures.

Marley sat up and briefly looked the psychiatrist in the eye before returning her gaze to the floor. She’d lost the stain and had to search for another interesting bit of carpet to focus on. She landed on a worn patch and began wondering why those bits of string had given up before any of the others.

“I suppose that’s right.” Marley continued to stare at the threadbare spot, trying to discern whether it had been overworked or simply overloved.

“Your answers have a touch of uncertainty to them,” the psychiatrist said. “Why do you think that is?”

Everything has an uncertainty to it, Marley thought.