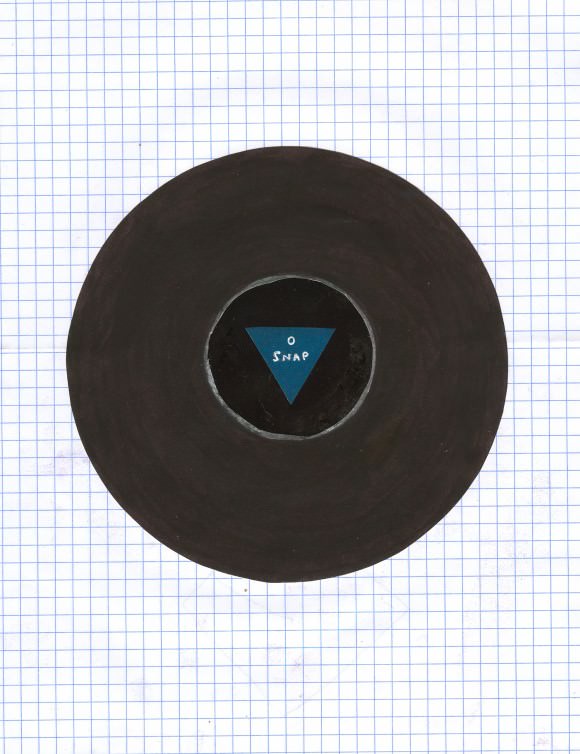 When Rookie writer Stephanie still lived in Chicago, we’d get together periodically to catch each other up on our personal lives and talk about writing. The two subjects often intertwined, and at some point we’d realize we were approaching our personal lives as if we were writing, identifying narratives, with motifs and symbols and foreshadowing. For the sake of this article, I’ll call this way of thinking the Tragic Eight Ball. And while this sounds exciting, like we’re just so damn WHIMSICAL that we can’t separate ART from LIFE, we’d both realize every time just how toxic the Tragic Eight Ball really is.

A few examples of this way of looking at your life:

She will love them when she sees them
They will lose her if they follow
And she only means to please them
And her heart is full and hollow
Like a cactus tree
While she’s so busy being free.

You’ve done this too if you have ever tried to solve a dilemma by saying, “I just feel like I’m the kind of person who…” and finish up with a sweeping generalization that does no justice to your actual complexity. But why do we actively pursue these self-fulfilling prophecies? Why would I almost break up with my significant other because the house next door now had windowpanes? Why would I give up the work that I truly live for because I saw a peacock twice? Why would I shut someone I love out of my life because of a sad acoustic song? The Tragic Eight Ball is a dirty trick. It convinces you that you have autonomy over your life by forcing you to compromise your autonomy. Receiving these little signs from the universe makes us think that we’re ahead of the game, that we know things other people don’t. But what it really does is rob you of your power to think and make decisions for yourself, and allow you to hide away out of fear of facing conflict.

The most drastic example I can offer you is from last fall. I was severely depressed, on a lower dose of medication than usual, sensing the end of my Forever, and deeply overwhelmed by it all. I considered that all of my favorite movies, books, TV shows, and songs were about being young. That all the work I create is about understanding this time in one’s life. That I’d had these few years of feeling everything in such extremes, and that our bodies are programmed to tone it down once we grow up. I had probably seen too many photos of Edie Sedgwick on Tumblr and was already having a terrible day, and then, on that October night, the idea of it being the end just made so much sense, in the completely illogical way. In a fit of tears, I scrawled in my diary: “I feel like my life wasn’t meant to go on past this point…. I feel like I’ve done my time and given all I have to give.”

The Tragic Eight Ball does not make me a quirky artist who lives and breathes her work. It just makes me Raven Baxter.

For the unacquainted, Raven was the title character on the Disney Channel show That’s So Raven, which ran from 2003 to 2007. The premise of the show was that Raven, a high school student, had secret psychic powers. Sounds awesome, right? WRONG!!! At the beginning of each episode, she would have a vision of the near future. In the middle of the episode, she would try a bunch of crazy tactics to try to either prevent or help along the outcome that her vision presented, depending on whether it was good or bad. At the end of the episode, she would learn that her plan had backfired, and no matter how hard she tried to fix things, her parents would eventually find out about the mechanical bull in the living room, or whatever other shenanigans she was up to.

If you want to read into it, That’s So Raven might be an existential statement on how powerless we all really are in determining our own destinies. But I think of Raven as someone who had these visions of the future, lived according to them, and then reaped the disadvantages of doing so. The problem is not that she tried to have control over her life, it’s that she tried to control her life via to a bunch of arbitrary elements, which were often shown to her out of context and therefore ripe for misinterpretation. In other words: There’s so Raven, and then there’s too Raven. Who’s to say it’s the peacock symbolism I should’ve been taking cues from? Why wasn’t I instead giving meaning to less-romantic moments, like all the times I farted?

I’ve put away the Tragic Eight Ball in favor of less-mystical divining methods for finding out what’s going on in my life, e.g., actually asking the people around me how they feel, and trying to figure out how I feel by talking to those people, by journaling, by seeking out a therapist. Using my fucking brain.

When I talked to Sam about my fear that it was time for us to break up, I realized I’d just been trying to save myself the pain I’ll feel once we break up for a more substantive reason. This was around the time that I saw that there doesn’t have to be a tug-of-war between college life and career life and decided it would be crazy to give up everything I love to focus on school exclusively on account of a couple of peacocks. I began to understand the “Cactus Tree” woman as a mythological figure from a song, and that my life is allowed to be much more complicated than that, and that if I do have to choose a pair of lady footsteps to follow in, Beyoncé just released a killer album about “having it all.” As for that night in October, I gained some perspective on the other end of sleep as to just how young I am, how much I will change and grow, and how exciting that truly is.

If this sounds self-help-y, good. I am pro-self-help and anti-random-peacock-random-windowpanes-random-song-help. I am pro taking a moment to zoom out of your current mindset to consider a different one. And I am definitely pro learning to love life’s complexity instead of finding cop-out reasons to avoid it. As Raven says at the very end of her theme song, sporting her sassy fur-trimmed sweater, “Yup, that’s me.” ♦