Style inspiration from ladies who are always one step ahead of the game.

Psychics can offer a peek behind the veil of the possible future and the great beyond, but their talents go far beyond their crystal balls, and right into their WARDROBES. Because as impressive as they may be as fortunetellers, they are even more impressive as FASHION ICONS. Take a look at these four ladies from some of our favorite supernatural-type movies if you don’t believe me. You’re sure to be charmed. 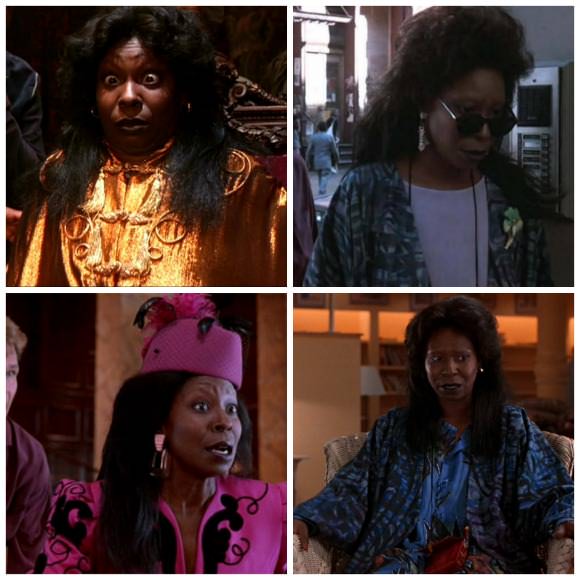 In Ghost (1990), a guy called Sam (Patrick Swayze) is killed in a mugging and (naturally) becomes a ghost who haunts his girlfriend, Molly (Demi Moore). In the afterlife, he learns that there was some shady business behind the robbery and that Molly’s life is in jeopardy. Desperate to save her, Sam meets with a psychic named Oda Mae Brown (Whoopi Goldberg) and enlists her help to warn Molly of the danger. Oda Mae has actually been making her living as a fake psychic, conning people out of their cash, but when Sam contacts her she realizes that she actually does have psychic powers after all! Oda Mae has a vast collection of different LEWKS, but I love her oversize-shirt-with-tons-of-jewelry situation best. Pair a galaxy-print button-down with a pair of leggings, and you’ll be looking good in no time. Molly might be in trouble, but your wardrobe definitely won’t be in danger, girl! 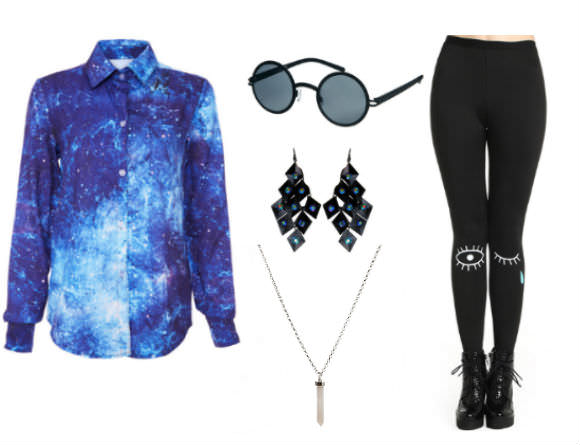 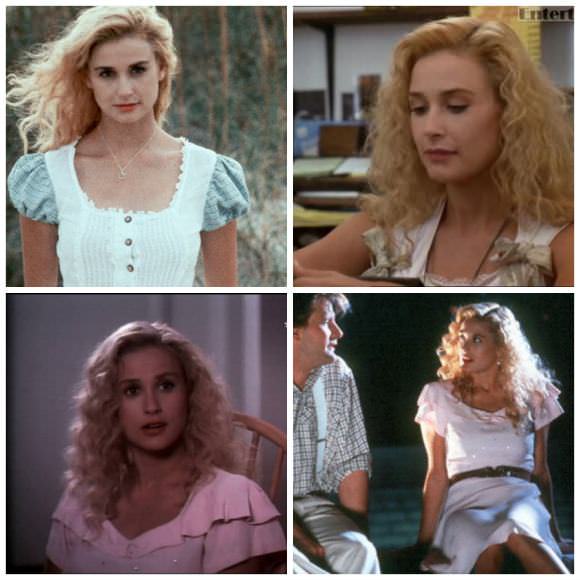 The Butcher’s Wife (1991) is about a clairvoyant country woman named Marina who keeps seeing the same man in her dreams and decides they are destined to be together. When she runs into him IRL, she marries him quickly and moves with him to the city. Marina (Demi Moore) walks around the city barefoot, in her nightgown, while making friends with a cast of quirky characters. At other times she’s in a dirndl-style dress that I love. You can get the same kind of look with a jumper skirt and a basic tee—even better if you throw some subtle frills on underneath. Add some shimmery eyeshadow and celestial-themed jewelry, and you’ll be ready to make some magic of your own! 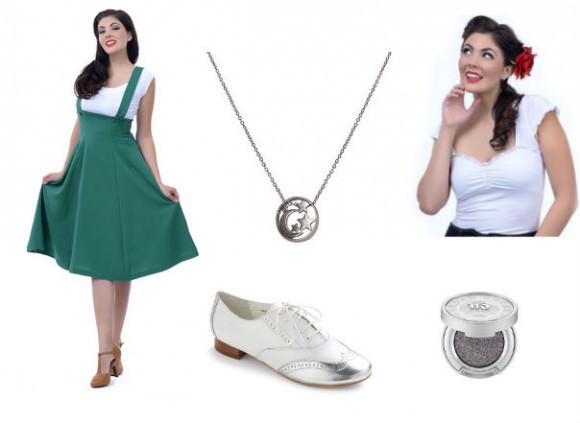 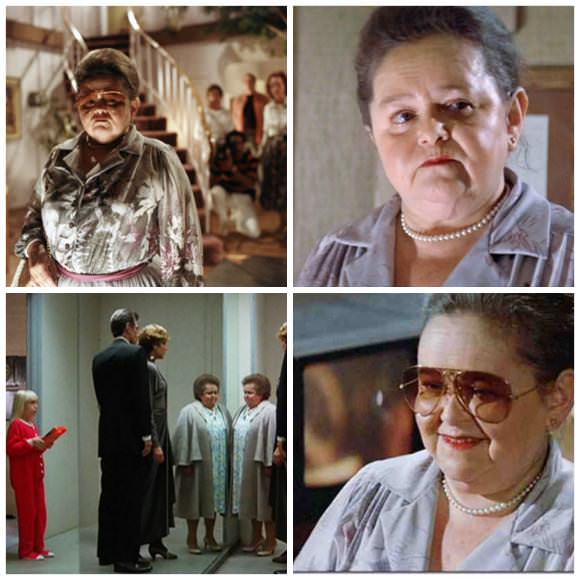 Poltergeist (1982) is a classic horror story about a family whose home is suddenly haunted by angry ghosts. Late at night, the youngest daughter, Carol Anne, begins to talk to a static-filled television screen. Soon, glasses start breaking, and furniture moving around the house, of their own accord! The spirits eventually kidnap Carol Anne and take her to the in-between world where they live. To rescue her, the family hires Tangina, a spiritual medium who wears a ’70s-style secretary dress and stylishly big glasses. You can get a modern version of her look by wearing a long-sleeve printed dress, big sunnies, and pearl accessories. You’ll be looking SO FLY that ghosts will be too intimidated to haunt you! 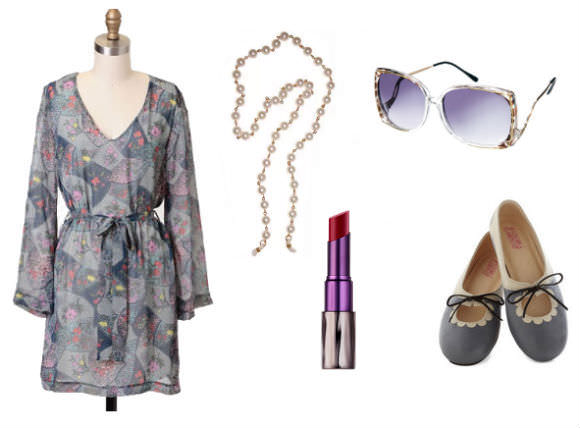 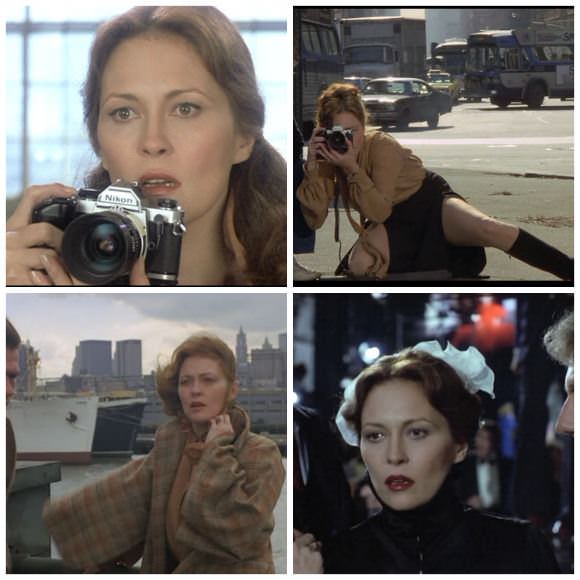 In The Eyes of Laura Mars (1978), Faye Dunaway plays a fashion photographer who specializes in controversial murder-themed photos. It’s all fun and games (to Laura at least) until she starts seeing visions of her colleagues and friends being murdered through her camera’s lens. Imagine looking through your viewfinder and seeing a killer clown or something. SCARY! Laura OBV always looks fashionable, and you can mimic her style with a neutral-colored flowy dress and knee-high boots. Add a dark red lipstick and camera-themed accessories and you’ll be looking killer yourself. 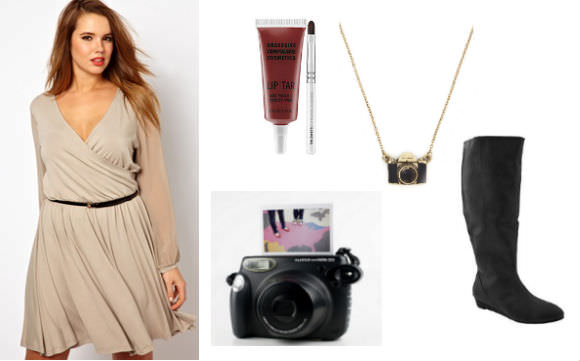