Plus an essay about gender equality by Beyoncé, some rad new music, and comics by Mindy Kaling.

This week, CeCe McDonald, a trans* woman of color sentenced to over three years in prison for defending herself and her friends against a hate crime which left her with 11 stitches in her face, was released on parole after serving 19 months in jail. Her case has been momentous in raising awareness about the difficulties and discrimination trans* people, and especially trans* women of color, are up against in America’s legal system, and their disproportionately high risk of becoming victims of violent attacks. CeCe’s imprisonment was a grave injustice, but we can honor her bravery by continuing to pay attention to and speak out about trans* causes.

Another champion of trans* people and total heroine of ours, the actress Laverne Cox, was there to pick CeCe up from prison, a fact which made me wreck my mascara a little. Laverne is co-producing a documentary about trans* visibility that focuses on this case, Free CeCe. I can’t wait to see it.
Tavi

Last Sunday, Woody Allen got a lifetime achievement award at the Golden Globes, the presentation of which was accompanied by a very lengthy tribute to his life and work. My first thought as soon as I heard his name was, Why are we applauding a child molester? My second thought, which came when they started showing clips from all of my favorite movies of his, was, Dammit, too many of these hold too precious a place in my heart. And now, my millionth thought, after Ronan Farrow’s tweet, Mia Farrow’s tweet, and the op-eds those messages prompted?

What I don’t have to do, as a person with a public platform of any size, is go on loving rants about Woody Allen as frequently as I do, say, Lorde or Beyoncé or Taylor Swift or Sofia Coppola or Wes Anderson. And, on a larger scale, the Hollywood Foreign Press Association doesn’t need to celebrate him for his treatment of women. Public platforms take up a finite amount of time and space: The Golden Globes ceremony lasts only a couple hours, and I might have an audience for my thoughts for just a few years of my life. I would rather spend my time and energy lifting up not even, like, the most underrated underdogs, but just, you know, non-child-molesters. No part of me would like to contribute to the message our culture sends to survivors of abuse that their voices do not matter. I am disgusted that a Vanity Fair article can include Dylan Farrow’s nauseating account of her father’s abuse, but news outlets will instead pick up the gossip concerning Ronan’s paternity test; and that Winona Ryder’s career will suffer because she shoplifted, Kanye West will face ridicule for demanding to be taken seriously, but Woody Allen will molest his daughter and continue to be immortalized as a brilliant mind and seer of human truth.

So, to get to the actual Saturday Link: I liked reading Refinery 29’s piece on Woody Allen as I sorted all of this out for myself. If the HFPA is going to applaud Allen, it should not happen without a conversation about his history, even if it’s up to us viewers to start it.
Caitlin D. 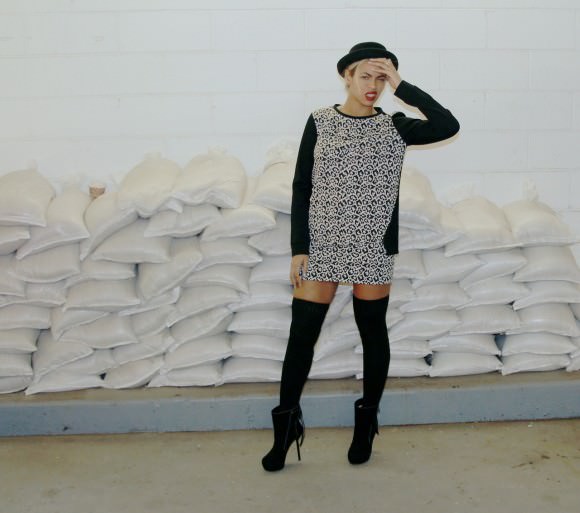 Our girl, via her Tumblr.

My mom emailed me this excerpt of an article about gender equality in the Shriver Report, written by none other than BEYONCÉ (days after I’d first read it, but still) with the note “Beyoncé is good in print, too!” Bey’s piece is titled “Gender Equality is a Myth!” and I think that exclamation point symbolizes the Cupid’s arrow that pierced my heart after reading it. La Yoncé takes this conversation to an academic, parent-inspiring level in her discussion of the economic inequalities faced by women in the United States: “Women are more than 50% of the population and more than 50% of voters. We must demand that we all receive 100% of the opportunities.” You can download the whole thing (and the rest of the issue) for free right here.
Anaheed

Before Mindy Kaling was Mindy Lahiri (or Beyoncé Pad Thai), before she was Kelly Kapoor, before she was Mindy Ephron or even Ben Affleck, she was Mindy Chokalingam, Dartmouth theater major and observational cartoonist. Her comic strip, “Badly Drawn Girl,” appeared daily in the student newspaper from 1999 to 2001. Early this week, someone had collected those old strips and posted them to Tumblr. Sadly, they appear to have since been removed, but thanks to the magic of Google Image Search, you can see samples from the “Badly Drawn Girl” archive here. I like this one because it shows that Kaling had been developing that Kelly Kapoor character long before The Office even existed: 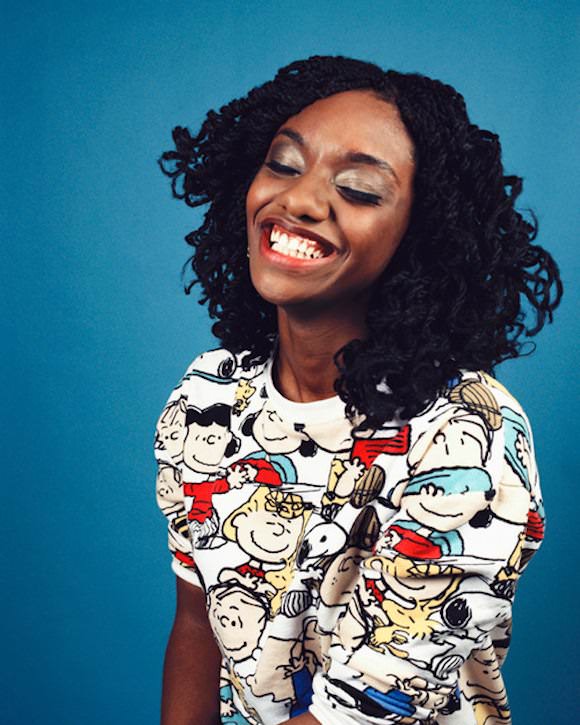 Last December, Alexis Wilkinson was the first black woman to be elected president of the Harvard Lampoon, a humor magazine at the university that has served as a feeder route into high-profile comedy jobs—especially Saturday Night Live—for more than a century. It’s also been occupied by white men almost exclusively up till now. In the interview linked above, with New York magazine, Wilkinson talks about wide-ranging topics including her man-repelling Peanuts sweatshirt and how she’s going to change the game: “When I ran, I actually said, ‘Having a black woman president either means that we will be unsuable or the most-sued organization of all time. So let’s find out!'” She seems hella sharp and quick with a jib, and though she’s still only a junior (and looking for a job!), I’m waiting with bated breath to see what she does with the magazine and thereafter into forever. 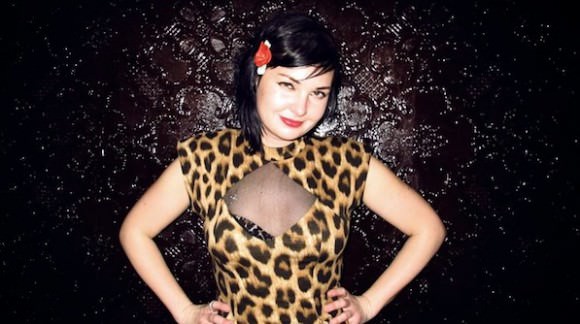 Photo of Star Eyes via Perrier.

If you think tired clichés and misconceptions about “women in rock” abound, just imagine being a “woman who DJs”—not only do you get to field the “What’s it like to be a woman in music?” questions from clueless weirdos, you also get the question “Why aren’t there more women DJs?” Star Eyes, a highly respected New York–based DJ who’s been running the decks since she was 15, offers a definitive answer with this piece, “The Number One Reason There Aren’t More Female DJs.” I’m not gonna spoil it for you since it’s so good—you gotta click to get her incisive, sharp-eyed insight—but here’s a hint: It ends with an incomplete laundry list of 50+ woman DJs from all over the world, the best response to “Where are the woman DJs?” I’ve ever seen.

I’m so into the video for Tiombe Lockhart’s new song, “Can’t Get Enough.” It was produced by Hudson Mohawke and casts Lockhart as many types of goddesses, from a befeathered Josephine Baker type to sparkling Hathor in the sky. The singer and powerhouse directs or co-directs all of her videos, including this one, and each portrays her as a different type of icon or mythical woman harnessing her own power through music and dance. This latest one is especially beautiful, and I wish it weren’t cold outside, because there’s nothing I’d love to do more than blast it into the air.
Stephanie 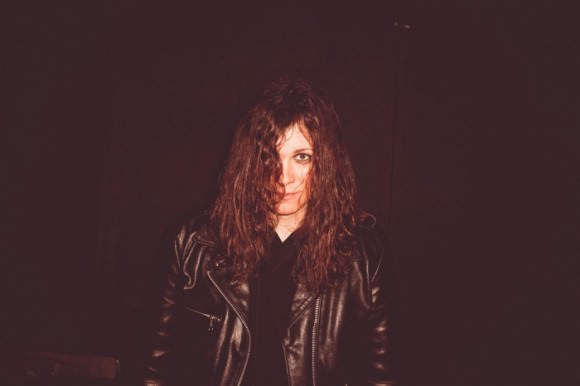 Laura Jane Grace being her typical goddess self in a photo by Rebecca Smeyne for SPIN.

If you’re too impatient to wait two days for the physical release of the new Against Me! album, Transgender Dysphoria Blues, the NME is streaming it so you can listen now! I’ve been an Against Me! fan for almost a decade—their music is actually the foundation for a couple of my friendships and my marriage—so I’ve been eagerly awaiting this record and am so excited that it’s finally here.

SPIN interviewed the band’s frontwoman, Laura Jane Grace, about the album, which she says “almost killed the band.” She speaks a little bit about her physical transition as a trans* person as well as the transitions the band has gone through—they’ve lost members and gone from a major label to releasing this record themselves. I think many artists will relate to the doubts she’s had about her work and feel empowered by the way she pushed through, and the songs that she describes sound like they were worth her effort and our wait. 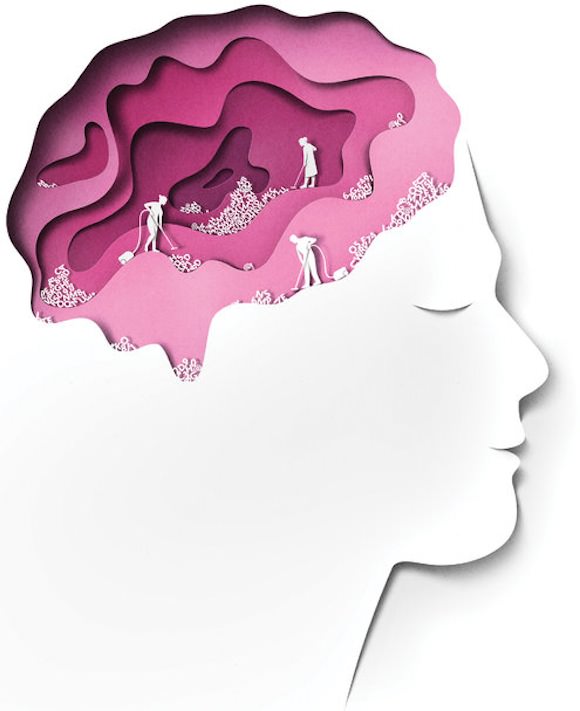 A cute illustration of our brain’s night-shift custodians by Eiko Ojala for the New York Times.

I’ve spent much of my life struggling with insomnia, and one of the things I learned in the countless doctor visits, sleep drug trials, and sleep studies I’ve been a part of is that there is still a TON we don’t know about the brain’s relationship to sleep. This New York Times piece on insomnia posed questions I often asked while lying awake at night, like “Isn’t sleep a colossal waste of time? Why haven’t we evolved to need less of it? Wouldn’t that it be in our best interest?” The answer to all of these queries, which the article explains in interesting detail, is basically that we need sleep so our brains’ little janitors can come out and sweep up the mess created by thinking all day. If they aren’t able to do this, it could lead to things like Alzheimer’s and Parkinson’s, but the new discoveries discussed in this piece could potentially lead to greater understanding of those diseases—definitely a good thing.
Sandy

If Samantha Bee performing a one-woman show about the lust and drama of being a cast member on a Fox panel show isn’t the greatest thing you’ve ever seen, I DON’T WANNA BE RIGHT. (Am I using that phrase correctly? Totally.)
Laia

Liars, one of my top five all-time favorite bands, put a new song, “Mess on a Mission,” on YouTube this week in anticipation of their new record, Mess, which comes out in March. I’m already listening to it on repeat and dancing like a maniac in my office, because how could I not? Every record they put out is golden, and I’m stoked that they’re leaning dancier again. ♦