Sunday Video: How to Do a Rainbow Kick With St. Vincent

Monday was Martin Luther King, Jr. Day in the United States. Most of us know MLK’s famous “I Have a Dream” speech: Its oft-quoted line, “I have a dream that my four little children will one day live in a nation where they will not be judged by the color of their skin, but by the content of their character,” is so uncontroversially hopeful that only a monster borne of true evil could disagree with it. King has historically been held up as a “reasonable” civil rights activist in comparison to, say, the Black Panthers or Malcolm X. But as beautiful and rallying as that speech is, MLK was so much more than the sanitized, everyone-hold-hands-and-pray symbol of peace that he has become in many people’s eyes.

When I saw people on social media posting his “Letter From Birmingham Jail,” as republished in the Atlantic Monthly 50 years ago, I thought, Aw, HELL NAW, because that version conveniently edits out the part where MLK rips liberals (specifically, white liberals) who say they want justice for people of color, but don’t act, a new one:

I have almost reached the regrettable conclusion that the…great stumbling block in [the] stride toward freedom is…the white moderate, who is more devoted to “order” than to justice; who prefers a negative peace which is the absence of tension to a positive peace which is the presence of justice…. Shallow understanding from people of good will is more frustrating than absolute misunderstanding from people of ill will. Lukewarm acceptance is much more bewildering than outright rejection.

You can read the unedited letter in all of its radical urgency here. After a year like last year, it still rings true. So does his “Beyond Vietnam” speech, which was excerpted on Democracy Now this week—I come back to it every year, and what he says about America valuing profit over people never fails to chill me to the core:

If we are to get on the right side of the world revolution, we as a nation must undergo a radical revolution of values. We must rapidly begin the shift from a thing-oriented society to a person-oriented society. When machines and computers, profit motives, and property rights are considered more important than people, the giant triplets of racism, extreme materialism, and militarism are incapable of being conquered.

Although he’s been gone for almost 50 years now, there’s still so much that Dr. King can teach us, and this is a great week to either acquaint yourself with his work and speeches for the first time, or pay them a respectful visit. Here’s a good list of places to start.
Amy Rose

This week, we learned about the heartbreaking, maddening story of one journalist’s refusal to treat a trans* woman he was writing a story about with humanity, and the fallout from his lack of respect for her. The woman, Dr. V, was the inventor of a new type of golf club. She agreed to speak about that with Caleb Hannan, writing for Grantland, on the condition that his story be about her work, not her background. It wasn’t, despite his assuring her that he would honor her wishes, and the consequences of his invasion of her privacy were devastating—the last thing that Hannan heard from Dr. V before his piece was published, which she may have been afraid would out her, was that he was “about to commit a hate crime.” Then she killed herself. Hannan’s article is unbelievably flip about this fact, and the reaction to it has been immense, but outrage isn’t enough. His piece reveals an ignorance about trans* issues not only on the part of its author and editors, but in our culture by and large, and is a good reminder to all of us to stay aware and informed about the everyday lived experiences of trans* people—including the disproportionately enormous ways the trans* community is affected by suicide.
Anna F. 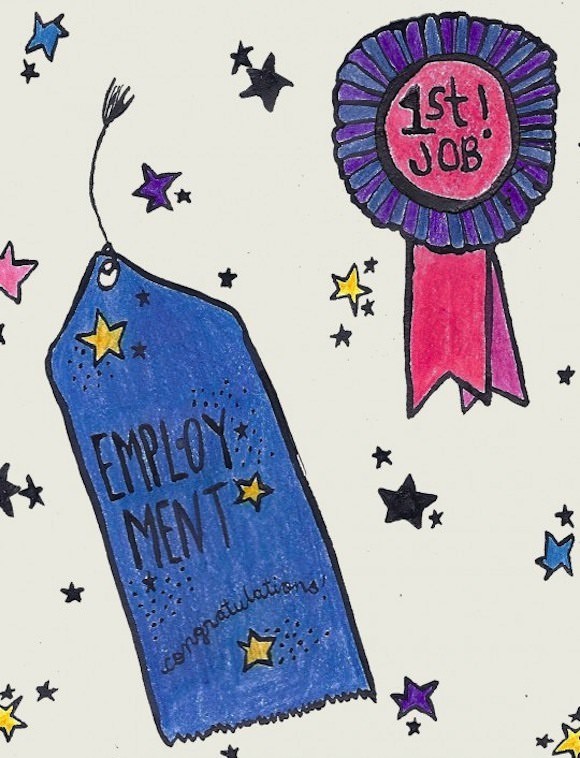 Dylan’s illustration for this Rookie piece about getting yourself employed.

We’ve run a few pieces on Rookie about how to find a job, and this cray-helpful Teen Vogue story about the big questions you should be asking once you start earning your own income is a good follow-up read. It’s really helpful if you don’t know much about financial concepts like taxes, figuring out vacation time, and retirement plans, so read up and get that money, Rooks.
Rose

Homer going buck in a candy world, via Twitter.

I love these early sketches from The Simpsons that one of the show’s lead animators and directors, David Silverman, posted on Twitter earlier this week. He unearthed so many gems, like the storyboard of a gleeful Homer skipping through the Land of Chocolate, and the sketches from one of my favorite episodes ever, the first “Treehouse of Horror,” which features Bart as the eponymous Raven from Edgar Allan Poe’s poem and Marge as a very tall-haired Lenore.
Estelle

My girl Chloë Sevigny is starring a new crime show coming out in March, and be forewarned: The trailer is not for the faint of heart. It’s called Those Who Kill and is based on a Danish show and series of crime novels by Elsebeth Egholm. The trailer looks super creepy and dark, like The Girl With the Dragon Tattoo and The Killing. Ahhhhhhh, I can’t wait.

GUYS, THERE’S ACTUALLY A SCIENTIFIC REASON I CAN’T REMEMBER WHERE MY LIP BALM IS. Did you know that the simple act of walking through a doorway can trigger your brain to forget things? Researchers from the University of Notre Dame discovered this effect and say it’s because, in any/every new situation, we create a kind of mental map of important facts/patterns, and then we expect that pattern to repeat every time we’re in a similar situation. But when confronted with a new setting, like a different room, we discard our event models, because they’re not likely to be important anymore. And it’s not just physical space that can do this—other things can cause us to change our event models, too, like the phone ringing. THANKS, BRAINS.
Caitlin D.

How thrilling it is when professional sports pageantry touches on something I actually care about! The Seattle Seahawks cornerback Richard Sherman turned a post-game press conference into a opportunity to discuss racially coded language in the press. A reporter asked Sherman what he thinks about the use by many commentators of the word thug when describing him. The Compton native and Stanford graduate, who has held the media’s attention with both his brilliant on-field play and his exuberant trash-talking, responded, “The only reason it bothers me is because it seems like it’s the accepted way of calling somebody the N-word nowadays,” putting journalists who typify him that way firmly in their place. Touchdown.
Arabelle

My friends Brad and Nicolette put together a fundraiser in response to Jezebel’s hunt for unretouched photos of Lena Dunham in Vogue. All the proceeds are going directly to Step Up Women’s Network, a nonprofit which funds career-boosting programs and resources for girls and women like after-school programs, professional mentorship, and financial support. If you’re interested in learning more about the project, Nicolette wrote an awesome essay about it for xoJane.
Stephanie 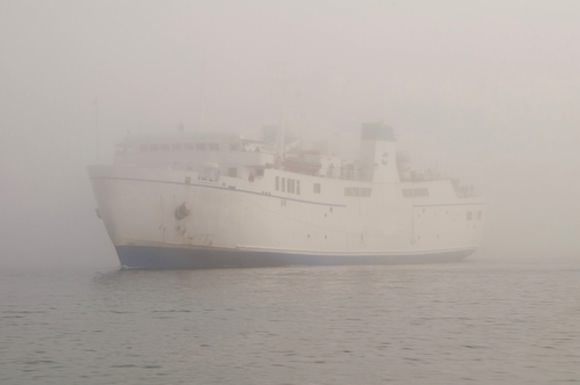 KEEP THIS RAT SHIP THE HECK AWAY FROM ME. Stock image of a ghost ship from J. Schelkle/Shutterstock.

“Should we be concerned?” asks this Salon piece about the possibility of a ghost ship filled with disease-ridden CANNIBAL RATS that might be the unidentified object picked up by radar off the coast of Scotland. How could we not be concerned about a ship pirated by cannibal rats?! The “ghost ship,” a term which refers to a boat without human passengers, disappeared somewhere between Canada and its destination, the Dominican Republic, where it was to be sold for scrap material. No one really knows where it is now, or what the rats that might have been on board have been up to for the past year, but whatever the case may be, this is creepy as hell! I agree with the Irish Coast Guard dude who said, “We must stay vigilant.” In all seriousness, can someone PLEASE make a movie out of this scenario? CANNIBAL RATS!! ♦