I wish TV shows and movies didn’t make me feel like being fat is a joke.

Tink: Fly Away + Hit My Line 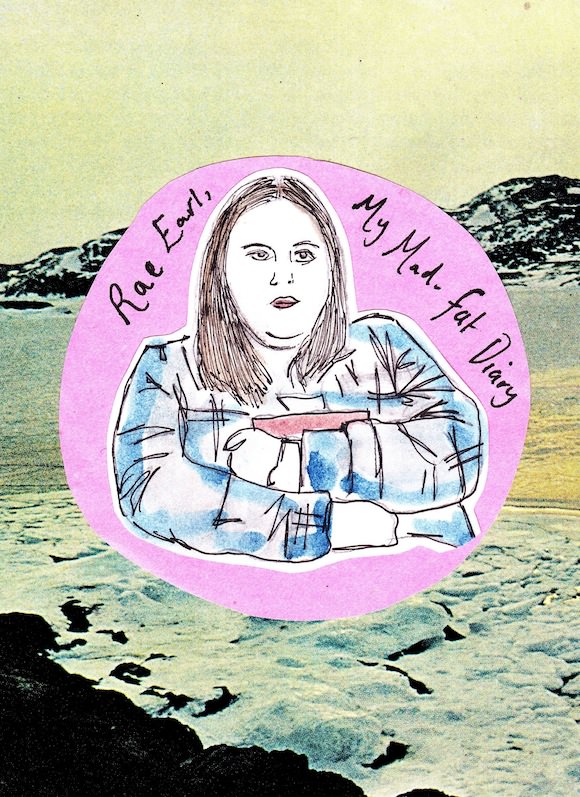 When the movie Shallow Hal came out in theaters, I didn’t know how to articulate why I didn’t find it as funny as my friends did. Why I, 11 years old in a baggy T-shirt and squeezed into my cinema seat, wanted to hide, while everyone around me guffawed at the onscreen hijinks. But now I know: That was the first time I looked at a movie screen and saw an image that looked like me. And that image fucking sucked.

For those of you who haven’t seen it, let me save you the pain: Shallow Hal is about a guy called Hal who falls in love with Rosemary, a fat woman played by Gwyneth Paltrow in a fat suit. The “joke” is that Hal has been hypnotized to see Rosemary as thin, but everyone else knows her true size. She breaks every chair she sits on and her cannonballs empty a swimming pool (LOLOLOL fat people, amirite? Why do they even bother leaving the house!), but he thinks she’s hot. When Hal finally sees her as she really is, he becomes a better man and learns not to judge people on appearances—because he fell in love with a fat girl he thought was thin and therefore learned that fat people actually have brains and hearts and feelings and personalities! What a hero!

The reactions Gwyneth’s character got from people (aside from Hal) were very familiar to me. I’ve gotten the same reactions all my life: at the pool or at the food court or in the school gym or on a plane when I, too, had the gall to be FIP (fat in public). This movie, though not deep or heartfelt, also touches on something that is very real for a lot of fat girls: the idea that a thin, pretty version of yourself exists underneath your fat, and if you only bothered to excavate her, you might be happy/loved/successful. I call this the “but you’ve got such a pretty face” syndrome, based on comments I’ve heard my entire life—from relatives, from movies, from TV—that say in no uncertain terms, “You’re not good enough now, but with a little work, you could be.”

We (people, women, Rookie) talk a lot about media representations of women and how they affect the lives of real, nonfamous women and girls. We celebrate Beyoncé’s power and her unapologetic, take-no-prisoners attitude (in her life and her art) and the messages these things send to young girls. We talk about the pressure that unrealistic beauty ideals in magazines and other mass media puts on girls, and how that affects their self-esteem. But it’s harder to talk about the way fat women are represented on TV and in film, and how these representations affect fat women (like me) IRL, because there are so few examples of our being seen as anything besides walking, talking truffle-shuffle jokes. It’s hard to work out how to do something properly when it’s so rarely been done at all. And it’s really, really hard to be OK with your body when you’re constantly being reminded that it’s something for other people to laugh at.

The “pretty face” message was stunningly, heartbreakingly brought to the screen in episode two of the British TV series My Mad Fat Diary, one of very few shows on the air ever that have featured an authentic and multidimensional fat female character. In this episode, that character, Rae Earl, a 16-year-old girl, has just been released from a psychiatric hospital following a suicide attempt. We see her get into an argument with her best friend Chloe (who is thin, conventionally beautiful, and outgoing), then we see her weigh herself and hear bits from her diary in voiceover: “I am a body dysmorphic, without the dysmorphic. I am bulimic without the sick. I am fat.” What follows is a dream sequence in which Rae lowers a zipper that runs down her back and sheds her “fat self,” revealing a curvy lingerie model underneath. She drags her flabby shell down the stairs, takes it into the backyard, and sets it on fire.

I followed Rae’s story obsessively throughout the show’s first season, because I saw so many memories in it of my own teenage years. When Rae lies down on the grass near the boy she likes, tugs at her T-shirt, and positions her hands across her stomach in a subtle attempt to hide its size, I replay in my mind scenes of myself doing those exact same things. When Rae struggles to find a swimsuit to wear to a pool party, I’m transported back to tear-filled changing rooms, where I relive my terror at the thought of anyone from school seeing me without my clothes on.

But Rae is more than her insecurities and issues. She loves music and tells jokes. She’s a supportive friend and occasionally acts out as a bratty teenager. To me, Rae is a wonderful fat female character because her weight is important to her back story, but it’s never more important than her obsessive love of Madchester bands or her kind, sensitive personality. She makes us laugh by telling jokes, not by eating, struggling to walk, falling over, breaking chairs, or doing other Fat Person Things. She is Rae first, fat later.

In this, Rae is kind of the inverse of the roles Rebel Wilson has been playing lately. After appearing briefly (but memorably) in Bridesmaids (more on that movie later), Wilson went on to star in the a cappella comedy Pitch Perfect, in the dark comedy Bachelorette, and on her own TV series, Super Fun Night, which is on the air now. In those three roles, Wilson’s weight informs her character. Pitch Perfect’s Fat Amy hates exercise and, in the movie’s uplifting climax, tells the thin girls on her singing team that she loves them because they have “fat hearts.” Becky, Wilson’s character in Bachelorette, is a mope whose friends tread all over her and tear her wedding dress in half when two of them get inside it and express their jealous disbelief that she’s about to marry a handsome guy. Kimmie Boubier, Wilson’s character in Super Fun Night, is the butt of almost every joke (many of them about Spanx—I counted five in the first episode alone).

I wanted to love this show, just like I wanted to love Pitch Perfect (I did love Bachelorette, despite its characters’ awful treatment of Becky, because I find Adam Scott singing “I’m Gonna Be (500 Miles)” irresistible, and I love seeing Kirsten Dunst being a hot mess), but they both just left me feeling shortchanged—especially Super Fun Night. After all the years of crappy role models, I was so psyched to see an actress—who, like me, is a fat Australian girl obsessed with Salt-N-Pepa and improv comedy—make it to the top of the comedy world, where she could’ve pitched any show she wanted to. Imagine my disappointment when I saw her, Super Fun Night’s star and one of its writers and executive producers, telling the world to keep laughing at the miserable fat girl who loses the handsome love interest to her skinny rival.