No matter how hard I tried, I was too well-adjusted to ever be cool. 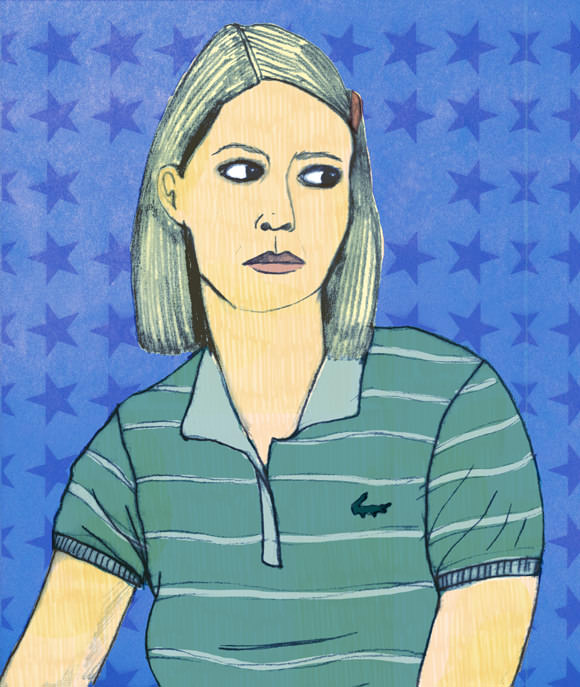 A few pages into my very first diary (started when I was 10), I decided it was time to reveal my family secrets. The first secret was that my older brother (then 12) had been seeing a shrink after being mugged on his way home from school. The second secret was that my babysitter dyed her hair. The third was that my parents were selling our country house in Connecticut. Four and five were that I had a crush on my older brother’s best friend, and that I was keeping a diary. This was the darkest stuff I could come up with.

I have been extremely lucky. My parents are still together after almost 50 years of marriage, and they always provided me with everything I ever wanted—horseback riding lessons, Betsey Johnson dresses, endless packages of frozen pizza and Diet Coke. I always did well in school and had lots of friends. My only illnesses were minor and short-lived. My life sailed smoothly, with the occasional bump provided by altercations with my brother and pop quizzes in math class. Sounds pretty good, right? I think so too. I look back at my childhood with incredulity—what I wouldn’t give now for someone to make sure I never ran out of pizza! So I know my problems were very small in comparison to what a lot of other people deal with, but back then, they felt big to me. I didn’t realize that worrying about being cool was in fact a privilege. No, I was convinced that all of my privileges and comforts were ruining my life.

My main anxiety, though, was pretty universal for all teenage girls: my looks. Maybe if I’d been born 15 years later and grown up in the 2000s, when the radio was dominated by Destiny’s Child and Britney Spears and other girls who looked like they showered regularly, I would have felt a different set of appearance-based societal pressures—perhaps I would have felt compelled to learn to blow-dry my hair, or to walk in high heels. But I was a teenager in the ’90s, when Courtney Love was on the cover of Sassy and Kate Moss looked gorgeously bored in ads for Calvin Klein. The goal was not to look glossy and perfect—it was the complete opposite. The goal was to appear as fucked-up as possible. The look was literally called “heroin chic”—seriously, you were supposed to try to look like a

My friends were mostly rich kids trying their best to look poor. We all shopped at the Salvation Army and out of our fathers’ closets. The hems of our pants dragged on the ground until they were shredded and filthy. If Mean Girls had taken place at my high school, Lizzy Caplan would have been the popular one, and Rachel McAdams would have been the freak.

Today, when I look at photos of myself as a teenager, I think I looked amazing. My dewy skin! My thrift-store bellbottoms! I was adorable! But I didn’t feel adorable. I wanted to be the kind of girl who didn’t wash off her makeup and walked into school looking like a sexy raccoon after a bender, but instead I was the kind of girl who didn’t wear makeup in the first place. I always felt squeaky-clean and too freshly shampooed, which obviously wasn’t cool. I vividly remember a beautiful, cool girl in the grade above me coming into school with what she called “sex-head,” her hair frictioned into a rat’s nest. If being cool was about mystery, sex, and nonchalance—and it was—she was acing it, and I was failing. I had dark blond hair that hung perfectly straight despite my attempts to mess it up, rosy cheeks, the aforementioned braces, a goofy smile. I was friendly, virginal, and eager, as wholesome as a glass of buttermilk.

My father was a writer, and my mother ran a non-profit with teen moms—two totally interesting jobs. But I conducted myself like the child of two accountants. I did my homework promptly. I came home at my curfew. That was not what cool was made of. Cool was my friend who smoked so much pot in her room that the hallway outside her door looked like a fog machine was going. Cool was my friend who lived in a hotel while her parents were moving apartments. Cool were all my friends whose parents were divorced, and who therefore had two phone numbers, two addresses, two bedrooms, and two sets of rules. Cool were my friends who hated their parents. Normal may not really exist, but boring does, and my normal seemed so monumentally boring that I thought I might die.

My house was always a hangout spot for me and my friends—my parents were interested in them, and friendly, and so even though they were occasionally embarrassing (like when my father said to a diminutive male friend of mine with long blond skater hair, “Peter’s a funny name for a girl”), and all my friends liked them too. Some friends stayed over so many nights in a row that I forgot they had their own parents, invisible adults I’d never seen. When my then best friend drank too much, she didn’t go home—she came to my house, because she trusted that my parents wouldn’t scream at her the way her own mother would.

At some point it dawned on me that my friends who had more complicated home lives than mine probably loved being at my house because it was (what I would describe as) boring. Another word would be stable. I started to realize how lucky I was to have parents who were interested in what I was doing and thinking and feeling. And yet my anxiety about being cool took me another decade to shed.

It happened when I was in college. My junior year, The Royal Tenenbaums came out, and Gwyneth Paltrow’s character, Margot, had pin-straight dark-blond hair, like mine, held back with a red plastic barrette. She wore polo dresses and loafers—the uniform of preppy normies—every day. And she was undeniably cool: sophisticated, sexy, full of secrets. I don’t know why it took me so long to understand that how I dressed or wore my hair didn’t determine how people might think of me as a person—that most people are willing and able to look beyond appearances. After seeing that movie, I gathered up the courage to nervously tell my friend Nina that I feared everyone knew how boring I really was, but was too polite to tell me. She laughed, the best possible response.

Back then, I believed a lot of things that weren’t true—for example, that I’d die a virgin. But even though it seemed like it would never happen, I eventually lost my virginity, and I eventually figured out that worrying about my straight hair and my married parents and being punctual with homework assignments was easier than worrying about my future or falling in love or the reality of my friendships and art and all the things that really mattered. I spent so much time fretting about the little things that I wasted years (years!) skating along the surface of my own brain.

Nowadays, I think the only thing that is deeply, undeniably cool is confidence. The only people who are really, actually cool are the ones who couldn’t care less what other people think. Am I there yet? Maybe. Maybe not. But I think I’m getting closer. Is that boring? ♦