Super Heroine: An Interview With Lorde 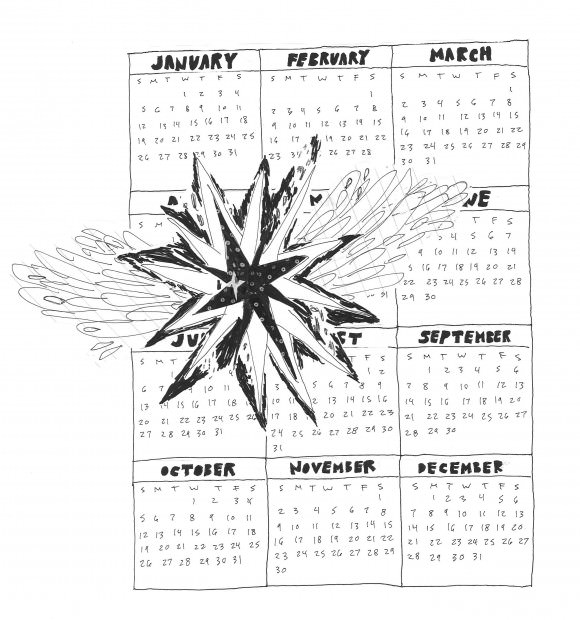 Happy New Year! Do you have a list of things you want to do in 2014? Yeah, me too. Now let’s throw those lists away, because New Year’s resolutions are bullshit.

I speak from experience. Despite having never actually stuck to a single resolution in all my time on earth, I still shamefully walk straight into their trap every single year. For as long as I can remember, I’ve spent the last week of December writing out a modest (but embarrassingly unrealistic) list of things I hope to achieve over the next 365 days: I will run a marathon. I will read all the books stacked atop my bedside table. I will stop eating processed sugar. And every January 1st, I promise myself, This year will be different! I can do it this time! But it’s not, and I can’t. Without fail, within a matter of months (or less), I find myself drowning in self-doubt, and I abandon every goal I’ve set. I have not, in fact, run a single marathon. My unread-books pile has only grown taller. And I broke that “no processed sugar” rule in a matter of hours.

This list of unmet goals follows me from year to year, making me feel like an incompetent fool. But I’m starting think that the problem isn’t me—I’m not terrible. New Year’s resolutions are.

New Year’s resolutions ask us to identify our “flaws” and promise to “fix” them. Can you think of a more undermining way to start the year? How about deciding we’re just fine the way we are, and accepting and loving the things that make us different from other people? We just made it through another year, isn’t that enough? Let’s celebrate that, not criticize ourselves!

Did you know that only 8 percent of people achieve the goals they set on January 1? That’s a 92 percent failure rate. You wouldn’t go into anything else that boasted those kinds of statistics. You wouldn’t use a birth-control method that was successful 8 percent of the time, would you? (There isn’t actually a birth-control method that’s as unsuccessful as New Year’s resolutions. Having repeated P-in-V intercourse with NO protection has a lower failure rate: 85 percent.) This system is clearly not working. That’s partly because goals, while admirable, are focused on the distant future, when we will have crossed the finish line. They don’t address the here and now, which is where change actually happens. A goal is more like a hope: I want to get more work done this year. It’s broad and abstract. What’s more useful is a plan: I’m gonna download and install Freedom right this minute to prevent myself from fucking around on the internet when I should be getting work done. That one will actually help you make progress toward your goal, but you don’t have to make a New Year’s resolution to install software on your computer.

Then, when we, unsurprisingly, fail to meet our broad, vague goals each year, we never blame the whole New-Year’s-resolutions practice; we blame ourselves. We feel like failures. We feel worse than we did before we even made our list. And yet year after year we’re suckered in again. This year, we think, I’ll be “better.” How about this year I won’t fall for that old trick?

You could argue that making New Year’s resolutions is just an innocent distraction that no one takes seriously, but what is it that we’re distracting ourselves from? While we’re fixated on whether or not we’ve managed to finally quit smoking or start saving money, we’re probably taking millions of small, unplanned moments of awesomeness for granted. Think back to your 2013: It was likely filled with amazing things. There were some small victories, and maybe some bigger, life-changing moments. You may have faced some adversity—maybe even some disasters—but you’re still standing, aren’t you? And you’re probably stronger than you were last year. And most of these events, the good and the bad, were probably nothing you could have seen coming at the beginning of the year. But we don’t count these things as real achievements often enough, because we didn’t decide on them in advance; we may not have even realized they were possible. I’d like to see a new tradition take the place of New Year’s resolutions: maybe end-of-the year self-congratulations.

Every big thing I’ve ever achieved in my life happened on its own timeline. And that timeline couldn’t start until I was truly ready, and all the stars of fate, luck, and circumstance were aligned. That doesn’t usually happen for me on exactly the first day of any given year, and I’m guessing the same can be said for most people’s goals and desires. Wendy Davis didn’t wake up on January 1, 2013, and resolve to be the badass star of a historic filibuster; Malala Yousafzai probably didn’t have “Fearlessly speak out against the Taliban despite threats against my life” on a list, somewhere between “Get more exercise” and “Eat more vegetables.”

I don’t need a calendar to tell me when to make changes or challenge myself, and I don’t want to make half-assed promises to myself during the most stressful, high-pressure time of the year. And neither do you. The best resolution I’ve ever made was the decision to not make any resolutions at all. From here on out I’m just going to try to kick ass year-round, forever. ♦

Megan Seling is a writer, a baker, a longtime resident of Seattle, and the author of Bake It in a Cupcake: 50 Treats With a Surprise Inside.