The future is bleak, unless we change it. 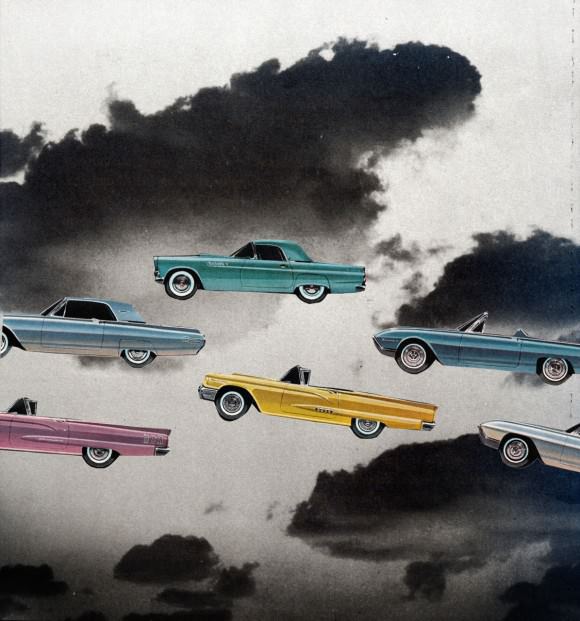 My rural school district used some very old English textbooks. If you flipped through enough of them, you might find your parents’ names written inside one of the covers. When I was in middle school in 1999, I found this gem in one such book: a creative writing assignment that asked readers to imagine life in the year 2000. The accompanying illustration was of flying cars. While I obviously wouldn’t mind owning an airborne vehicle of my own, the technological advancements we enjoy now seem even cooler to me. Like, my phone is also a tiny computer that can take videos, hold a library’s worth of books, or even teach me Spanish! I’m living in a future that’s even more “futuristic” than those old textbooks predicted, and I love it. But no matter how advanced our world becomes, I’ll always be interested in thinking even farther ahead. This is one reason I adore dystopian science fiction, which explores how political and/or technological changes can destroy a society.

You’ve probably read at least one dystopian novel. The Hunger Games trilogy takes place in a dystopia, which is an imagined civilization or community where, usually because of a totalitarian authority, things have gone horribly wrong. So do Brave New World, the Delirium series, and Cloud Atlas. Some end well and some badly, but they always warn against some horrible outcome that we might be headed toward—unless we start paying attention now. And in doing so, they get us to pay that attention.

Another thing I love about these stories is that, regardless of how weird or terrible or wondrous the futures they foretell may be, they’re still about people. They eat, sleep, and fall in and out of love the way you and I do today…just in completely bizarre and complex settings. While I have major issues with author Orson Scott Card’s personal views, the characters and plots of his Ender’s Game series shaped my childhood. If you’re not familiar, those books are set on a futuristic Earth under threat of alien invasion. In order to protect the planet, its smartest, toughest children, including the titular main character, Ender Wiggin, are sent to a space station to train to become officers who will direct Earth’s military fleets.

Pretty much all the children in 1994’s Ender’s Game and its four sequels are super-geniuses, but they have the same desires, relationships, and problems as you and me and anyone we know. Ender’s sister, Valentine, was always my favorite. She and their other brother, Peter, take the book’s version of the internet by storm and subtly influence the entire world’s media by inventing a couple of political pundits and setting them against each other online. As a kid, I couldn’t picture myself as an interplanetary soldier, but I always admired Valentine’s power with words. The book taught me that no matter what the future held, there would be people doing cool things that I wanted to be a part of in it.

Ender’s Game wasn’t just aspirational for me, though—it also felt relevant to my life on boring old present-day Earth. When I read a scene where Ender is taunted by one of the other young commanders, his struggle felt like an outsize version of what happened on the schoolyards in my past. When (spoiler ahead) Ender finally beats his antagonist in an unlikely but incredibly satisfying manner, I felt like I had defeated my own bullies. That feeling of satisfaction stuck with me in a very meaningful way.

While space dramas like Ender’s Game are always going to seem extra cool to me (even when you’re lost in a distant galaxy with Cylons or Wraiths picking you off one by one, you’re still hanging out with the stars in zero gravity), other works of science fiction focus on a bleaker future right here on our home turf, or an analogue planet that’s also inhabited by humans. In Margaret Atwood’s classic The Handmaid’s Tale, the protagonist, Offred, grows up fairly unremarkably in the United States. But during a period of national turmoil, including an unexplained drop in fertility, the U.S. government is taken over by a hyper-religious oppressive regime that enslaves women—including Offred—and forces them to bear children for members of the new government and military. This book is way scarier than anything in the horror section, because Atwood renders every detail so realistically that I felt like I could easily meet the same fate as Offred. (And Atwood hints that the infertility epidemic came about because of environmental instabilities similar to the ones that our real-world planet faces now.) I love stuff like this! When I mentioned my love of dystopian fiction in our staff Facebook cubbyhole, my girl Ragini took the words out of my mouth: “The best (and scariest) dystopias don’t seem like possible futures to me—they seem like very real presents we’re actually living through.”

In The Handmaid’s Tale, as well as in 1984 and The Hunger Games, the enemy is the government. In R.U.R., it’s technology. In The Giver (in which pain, hunger, and uncertainty have been extinguished at the expense of love, freedom, and choice) it’s our own aversion to discomfort. What they all have in common is a paranoia about power and progress that doesn’t seem unreasonable, given the way things are going. I mean, the NSA could be reading my emails RIGHT NOW. My internet history is being shared with advertisers as we speak. Heck, someone could be hoarding bits of my DNA, waiting for the invention of some technology that will enable them to creepy clone. ANYTHING IS POSSIBLE.

But as terrifying as dystopian stories can feel, the greatest among them, in my opinion, are defined by their optimistic faith in the human spirit. You can’t create a great hero in a perfect world—that hero has to have something to fight against. The fictional environments in my favorite sci-fi novels are inhabited by regular people who rise to great heights to make their dreary presents a better place. The Hunger Games’ Katniss isn’t some godlike superhuman figure—she’s a teenage girl, and we understand her. In the beginning, her goals are small. She wants her family to be well-fed and safe in a world where those things aren’t guaranteed. She volunteers to fight to the death as a Hunger Games tribute to save her little sister. My lived reality might not be as terrifying as hers, but I can relate to her anyway—I can share in, and learn from, her fear and determination.

Stephanie has a really cool view on why dystopias with young heroes work especially well: “I love any dystopia where the kids/teens have to fend for themselves and save the world because that is reality in a lot of ways. As a young person, it can feel like you’re constantly hearing, ‘Hey, all the generations before you really fucked up the Earth, and now you have to fix it.’ It takes a strong Katniss (or Rookie!) generation to make that happen. So in that way, dystopian [fiction] gives me hope.”

I love sci-fi so much because it allows us to explore so many new ideas and possible futures—ranging from cool technologies to the fall of society—while showing us that, no matter where or how we live, the essence of what it means to be human will never change. I can relate to Offred’s joys and struggles, Katniss’s deep love for her family, and Ender’s and Valentine’s commitment to doing things their own way. Works of dystopian fiction are so wonderful because they empower people like you and me to change the world. And that, to me, will always be cooler than any flying car could be. ♦