I went to law school just to please my parents. It ended up changing my life. 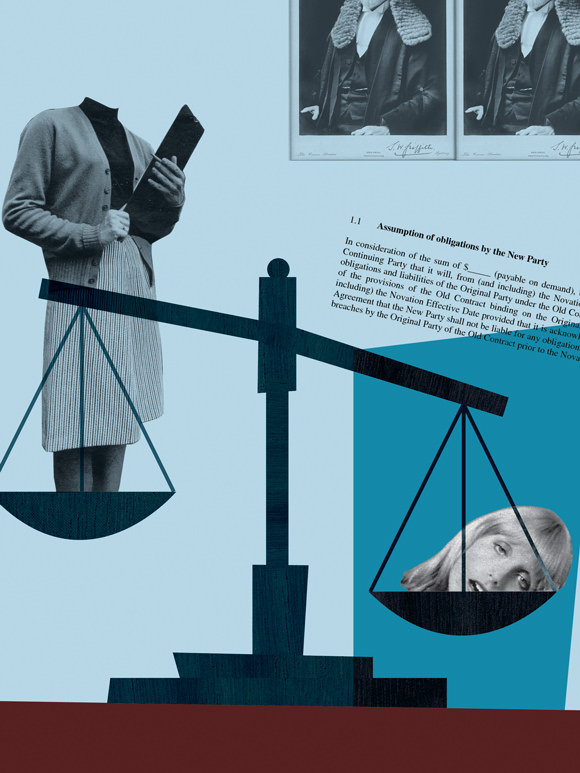 In my final year of high school, I didn’t have any burning career desires. While my classmates announced their intentions to become physiotherapists, midwives, accountants, or teachers, I had no discernible skills that proclaimed FUTURE CAREER HERE. If you’d asked me at the time what I was going to be when I grew up, I could just as easily have said “Girl Scouts registrar?” as “printer sales representative?” I really had no idea.

My parents and the teachers at my fancy girls’ school assumed I’d go to university after school. Both of my parents were educators and put high value on a good education . In particular, my mother, who’d had limited options in her home country of Malaysia, wanted me to make the most of the opportunities I had to earn a useful degree. I had no problem with that: I was OK at schoolwork, I liked the collegial atmosphere of learning institutions, and in Australia, the government offers financial support to most university students, so the costs aren’t as prohibitive as in many countries, like the U.S.

I thought about what I might like to study. There were no obvious answers: I wasn’t a dab hand in the kitchen, I had no love for numbers, and I couldn’t picture myself in a science lab or wearing scrubs. The only thing I truly loved to do was read. Reading in the morning! Reading in the night! In year 12 of high school, I doubled up on literature classes. Twice the Shakespeare! Twice the novels! Books got me, and I understood them, too.

I didn’t know anyone who had a job reading books, though. Reading was just a hobby. Studying literature might be fun, but only as a sideline while I figured out what my real adult career would be. The best way to do this, I thought, would be to do a general arts degree so I could explore different subject areas like psychology and sociology, and still fit in the occasional literature course. Then I could just work it out as I went along.

My parents, however, had other ideas. Like many migrants, they’d worked super hard so I could go to a good school. My mother had even changed careers—from nursing to tutoring—so she could help me study. They had invested so much money, time, and thought in my future that they weren’t about to see me waste time on a degree with no guaranteed job at the end. From their point of view, it would be better if I studied something like law, which would lead to a defined, relatively stable job at the end.

In Victoria, where I grew up, college admissions used to depend heavily on results from a standardized test, called ENTER, that we all took in year 12. The day the results were made available online, I felt super nervous as I went to open mine. My ENTER score would determine my immediate future. I wasn’t particularly interested in the courses of study that required high marks—e.g.,
medicine, law, engineering—but I knew my parents were, and I didn’t want to disappoint them. When I finally clicked over to my results, I was surprised. It was a good score! It was a nice feeling, all the more so because while it was way better than I’d been expecting, it wasn’t quite good enough to get me into the best government-funded law courses. Here was an easy out.

But I hadn’t realized just how invested my parents were in my education. They suggested a compromise: They would pay for me to attend the most prestigious private law school in my state, and I would not protest. I was horrified—it was so much money, and I didn’t harbor any passion for—nor even any interest in—the law. But there was an unspoken element of this compromise: If I agreed, they’d be happy. So I did. I didn’t have a compelling reason to refuse, anyway: no grand plans, say, to be an actor or a marine biologist. Besides, being a lawyer could mean helping people in trouble and learning more about how the world worked.

So I went to law school. All my classes were held in a very new, very shiny building made of marble and highly polished tiles. Expensive art lined the walls, and students hurried quietly around, exuding a sense of purpose and belonging that I miserably lacked. I felt like I was already in a law firm, and I hated it. It was nothing like Legally Blonde: My life skills, like finding cheap leather skirts on eBay and knowing the whole Harry Potter universe inside out, never became accidentally useful, and I didn’t have the social nous of an Elle Woods. My classmates were intimidating; many had known they wanted to be lawyers for years. Some of them were sons and daughters of lawyers, judges, and magistrates. Others were fiery social-justice advocates, working hard to earn rare legal-aid and not-for-profit jobs. All of them were bright, hard-working, and articulate, while I mumbled my way through tutorials. (Of course, I realized later, there were lots of other people like me, also feeling isolated and disengaged; the drop-out rate for law school is actually pretty high.)

I learned pretty quickly that my love of reading didn’t extend to my law-school assignments. There is a lot of reading in law school, and almost none of it was enjoyable for me. While the criminal cases were fascinating, I found it tough to make it through, let alone recall, the dry language of the endless legal statutes we were supposed to memorize. I had entered law school with the fantasy of learning how the world works, or learning how to fight for the rights of the oppressed; instead I was spending every night slogging through Cheshire and Fifoot’s Contract Law or learning about the duties of company directors. All day, every day, I dreamed of escaping the marble tower and going home to bed.

Making matters worse, my parents had put so much into getting me to this point that I felt horribly guilty about not valuing it enough. I was so lucky to have this opportunity, yet I couldn’t bring myself to feel grateful. I became withdrawn and depressed. I passed my subjects, but just barely. I never really engaged with any of the material. I never made any friends.

For most Australians, it takes four years to earn a law degree. I had a part-time job in a clothing store that prevented me from taking on a full course load, so it took me six. I was miserable the entire time. I fantasized constantly about dropping out, but so many factors—my parents’ commitment, my own pride, my misguided sense that I could somehow bludgeon my own brain into enjoying itself—paralyzed me with indecision for the duration of my university career. But, believe it or not, I’m not sure I regret it. Those six years gave me the opportunity to think about what I actually wanted to do. Spending so much time working so hard just to get by made me desperate to find something to do with my life that I would really enjoy. Sometimes I wonder what would have happened if I had dropped out, or just switched my major to something less difficult. I can’t say for sure, of course, but I think I wouldn’t have felt so acutely the very real challenge of hungering for a vocation—work you can feel truly fulfilled by—and the privilege of finding one.

We never talked about it much, but my parents could tell I never really enjoyed law school. My grades were never very good, and neither were my moods, while I was there. After graduation, I told them I wasn’t going to apply for traditional legal jobs, and they didn’t protest. I took a job working for an academic who researched social issues relating to female lawyers. This work accommodated my sense that the legal world wasn’t right for me, and still made use of the skills I’d acquired.

While at that job, I recalled my passion for the novels I grew up reading. I decided to look into a publishing career, and found an opportunity for a paid internship at an educational publishing house. Having a law degree helped me stand out among the candidates, I suspect, as—funnily enough—they actually published those horrible, boring sorts of textbooks I had to read for in my law classes. The internship gave me a chance to work with authors and learn how to edit and proofread, which sounded so exciting to me. I loved my new duties, even when I was working on my old foes, the law textbooks. They seemed so much less scary now that I was looking at them in a different way—trying to make them as unconfusing as possible, for the student I used to be.

Sticking with law school taught me something important about myself: I now know now that I can do something really, really difficult if I put my mind to it. I also know how to navigate the legal system, which is such a useful skill even in my everyday life—e.g., when dealing with a landlord or signing a job contract—and one I feel privileged to have. Best of all, law school helped me learn to tidy my brain. To learn the law, you have to be logical and orderly, two qualities I really didn’t have before taking the bar.

If I had a chance to do it all over, I really don’t know if I would do it again. On one hand, I could have saved myself much heartache (and my family a lot of money). On the other, who knows? Maybe then I never would have learned how to think in a logical, systematic way, which I’ve found so helpful in myriad social and professional situations. The reading and research skills I got from studying law are great too, because I know I have the tools to look into anything I want. Without the contrast provided by those unbearable law-school textbooks, I may have never realized just how much I love novels and short stories. But most of all, six years of doing things I hated taught me to enjoy everything I do so much more, because now I’ve chosen it. I’m a writer now, and I’m not sure my parents would understand how much of a calling this is for me had they not watched me trudge through six years of law school. I’m not sure I would understand it, either. We all got a lot out of that time, but for me the most valuable thing was that I learned to respect my own heart, and to live to please no one but myself. ♦