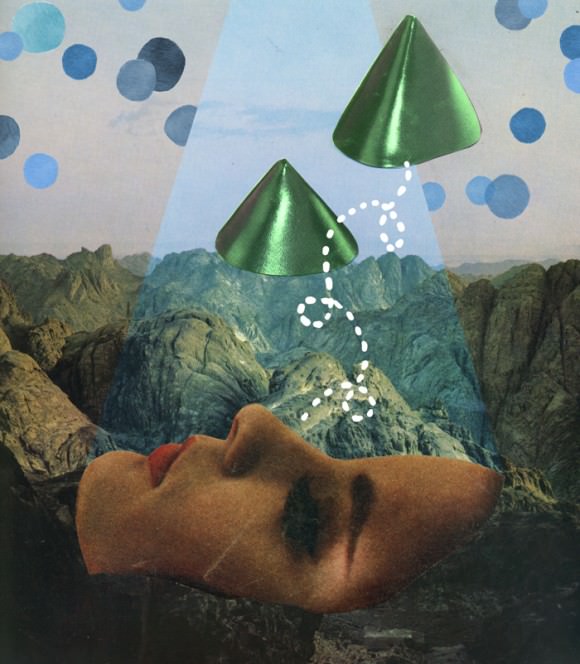 It’s been more than three years since we talked, way longer than we were even together. The end, in Texas, was anticlimactic. Our last words were probably awkward, but I don’t remember much, to be honest—I just knew Justin and I had to get the hell out of there because we’d poisoned your new house with more than enough testosterone and negative energy, and yeah, we were bored. If you cried, I didn’t see, although by that point I already knew too well what it looked like.

You were an angel to host us—your ex-boyfriend from high school and his loud, loving bully of a best friend—the minute after you’d moved to a faraway place for your first real job, but it was a terrible idea. We’d driven across the South, not necessarily aiming for you except out of convenience, staying in $35 motel rooms, subsisting on sunflower seeds and energy drinks, and not showering much. Our attitudes could only be described as bad, and our skins were thick from needling each other with oafish insults to pass the time. You had let us tease you for years and always took it, even after you and I split, but the two of us were beyond insensitive to trample on your new life with old jokes. You were vulnerable; we were crass.

I heard you whispering on the phone in the middle of the night to what sounded like a new boy. We left in the morning. I didn’t know you’d never call me again, but I’m glad you didn’t. I deserved it.

I fell in love over smoothies in her mom’s sedan. We’d spent sophomore year in English class whispering, and a few days secretly passing back and forth the issue of SPIN with the Yeah Yeah Yeahs on the cover, the one with Karen O rocking some metallic tutu, tube top, and fishnets situation. We agreed she was awesome, and that the guitarist was so skinny and slick and cute. Years later, after maybe the fifth time she’d forgiven me, we saw him leaving a thrift store in the East Village and she teased me by saying I was almost as skinny and cute as him. I wasn’t, and nowhere near as slick either.

After the magazine flirting we climbed a tree and kissed, saw Spider-Man 2, traded mix CDs, and hid from the Florida humidity in air-conditioned cars that always made hugging uncomfortable. She straightened her bangs but when they got sweaty—and they always did—they stuck to her forehead and curled back upwards. They had blonde streaks, because of course they did. It was summer, because of course it was.

She was the first person I texted with, among other things—we shared a lot of “firsts.” I was 15 when it started. I was 22 when what was left of our friendship finally, officially ended after way too long. The years in between were messy, and many of them unnecessary. It’s hard to let go, but sometimes holding on hurts more.

It went so well for a while and that probably made the rest worse. Our drama and struggles were minor—it was all very lucky and smooth for first love. We became friends, then quickly we became like family, close with each other’s parents and always included on holidays and vacations. But each memory we made was one more to forget, or at least push aside when the end came. A clean break proved to be almost impossible: We had learned everything at the same time or from one another and shared so much, especially music. There’s no period in life when records mean more than when you’re a teenager in a stupid town with one ally—when you feel like two special-snowflake dreamers surrounded by people who just don’t get it. The songs understood us when no one else did, and we loved them together, never alone. For Christmas one year, I scored us Elton John tickets from a family friend because we’d traded his sappy lyrics in handwritten notes, and because going to an Elton John concert felt like an adult thing to do; we were probably the youngest people there. Our actual time together was limited—we lived at home with curfews (and school)—so we clung to things like books, movies, and MP3s that knew our romantic plight and kept us feeling connected even while we were apart. That and endless phone calls about nothing, so we were both out of it for school the next day.

We made tentative plans for the future, six months at a time, never more. We weren’t crazy.

We had to stay friends after we broke up. It was senior year of high school and everything was about to change. We had to at least see our joint mission through and make it out of there. I loved your parents, too, and I wanted to make them proud. Besides, we had so many classes together.

Maybe we jumped into it too fast, the friendship part. There were still a lot of emotional instant-message chats, late-night calls, and tears— lots of tears—when we started driving to school together again. But at least we had a buffer–he was friends with both of us. They all were, because we’d been a pair for so long. Who else were we supposed to eat lunch with? I probably should have made myself scarcer—that was on me as the one doing the dumping—but how could I? Then I’d really be alone.

We had to stay friends, at least until the end of the year, for both our sakes–that’s what I told myself. We probably didn’t have to stay friends when we went to college. Dorm room beds are too small to share with visiting exes.

Two years together felt like so long considering it coincided with all of the most exciting parts of life up to that point—sneaking around and staying out late and getting to know how bodies work and shaving and learning to drive and feeling political and acting like we thought grownups were supposed to act. Hitting every teenage milestone in the presence of one person means they will be with you forever in the abstract, a witness to your important inaugural experiences. You know right after certain things happen that you’re going to remember them, and the person you experienced them with, for the rest of your life. And later, it can be hard to understand that while the memories are forever, the physical human presence of the person probably shouldn’t be.

And so the prospect of saying goodbye for real was too painful for us to deal with. In that sense, I was extremely selfish: I was 17 and I wanted to feel free, with time to focus on my friends and the ability to kiss another girl if the opportunity ever presented itself, but I also wanted to keep around the one who thought the most of me in the entire world. So I tried to have it both ways—I broke up with her, but kept hanging out with her “as friends.”