Plus the members of Pussy Riot’s announced release and everything else we were glad we read this week. 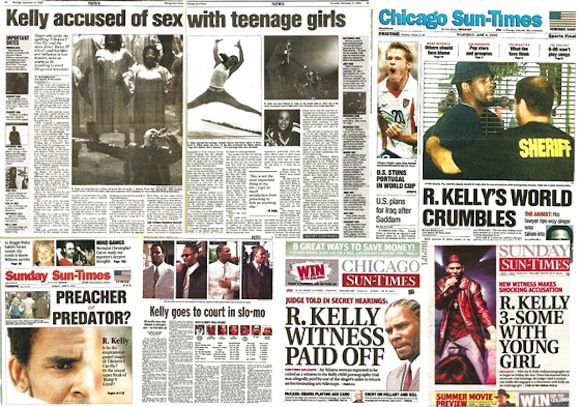 Image via the Village Voice.

Jessica Hopper (yes, our very own music editor) has been a straight-up hero to me for more than a decade, and to girls and women in general for way longer than that. This week she reinforced her superhero status and just totally changed the music-journalism game, the music-fan game, the art vs. the artist game, the JUSTICE game, ALL OF THE GAMES, by interviewing the rock critic Jim DeRogatis about R. Kelly’s history of raping teenage girls, a story DeRogatis has been covering for 15 years in near-obscurity. It’s a difficult read for anybody (and if you’re triggered by not exactly graphic but vivid and horrifying descriptions of coercive sex, please don’t click over), but one that I, for one, needed to get with, because even though I knew in the back of my mind that Kelly had done some unsavory shit with underage girls, I avoided learning the details. I think a lot of people did. I knew that once confronted with what he’d done, I would have to stop listening to his music, which I loved—not because I can only take in art by morally perfect people, but because the combination of the enormity of his crimes and the sexually braggadocious nature of his music just makes me feel too sick. And now I’m disgusted with myself for choosing to ignore a story that has been out there for so long. I wish I could apologize to each and every one of his victims in person, one by one. I’m sorry that I willed myself into selfish ignorance for so long. I’m sorry that I did nothing to disprove what DeRogatis says to Jessica toward the end of the interview: “The saddest fact I’ve learned is nobody matters less to our society than young black women. Nobody.” Thank you, Jessica, for forcing me out of that shameful place. (See also: this interview Jessica gave The Vine a few days later.)
Jessica 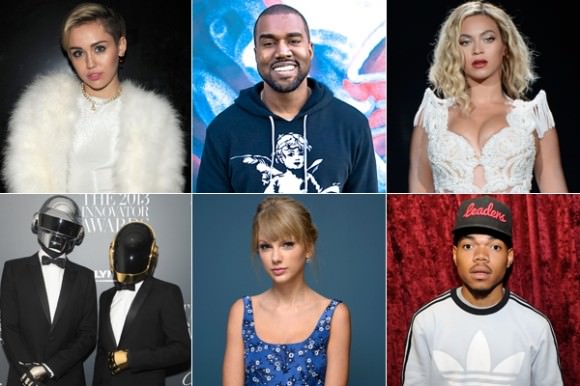 If there’s an adult male music critic out there whom I consider an honorary girl, it’s Rob Sheffield. He’s written two loving, empathic books about women in his life whose coolness put him under a spell—one about his three sisters and one about his wife—and he is one of the few people whose year-end best/worst music lists I anxiously await. This week, Sheffield’s top 25 singles of the year had me instantly digging in and reappraising some songs, including Sky Ferreira’s “Omanko,” of which he says, “It’s all in the paranoid ghost-rider shiver of her voice…there’s some graffiti in my neighborhood that says ‘When you dial madness, madness will pick up,’ and when I walk past it now, it reminds me of Sky.”
Laia 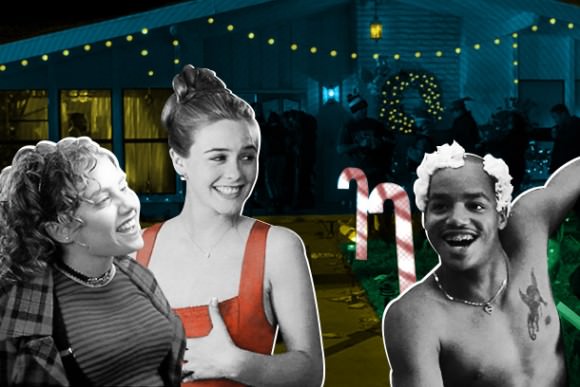 Fact: Clueless is one of the greatest movies of all time. It came out in the ’90s, when the internet wasn’t what it is now, so we don’t have a million behind-the-scenes interviews and bloopers or whatever so every time a new interview or li’l tidbit about the cast or crew or filming surfaces, it’s basically like Christmas. The fine folk at Vulture have been making “micro oral histories” of memorable scenes in movies and TV shows, and this one about the party scene in Clueless is just the best. The actors who portrayed Murray, Elton, Travis, and Cher and the writer-director Amy Heckerling recount their awesome time filming this movie, and it makes you wish you were there—and want to watch the movie again, which you should, because it’s a great movie, and any excuse to watch it is a good one. My favorite thing about it is that what we love when we watch it are the same things they loved when they made it. Like, here’s Donald Faison (Murray) on the moment when Tai (Brittany Murphy) sings “Rollin’ With My Homies”: “One, she’s so cute when she sings it. Two, you didn’t expect that voice to come out of that girl when she sang. So when she does that line, it’s like, ‘Holy cow, she can sing?’”
Anna F.

Two other miniature oral histories I enjoyed from that Vulture series: the fight scene from Anchorman and the creation of the nerd-villain trio on Buffy.
Danielle

I’ve never watched Duck Dynasty, but I’m still completely pissed off that one of its stars, Phil Robertson, went on a racist, homophobic tirade during an interview for GQ magazine. He’s since been suspended from the show, but of COURSE a #SavePhil hashtag went up on Twitter immediately. Why do people always want to protect bigoted celebs, like earlier this year when we saw Paula Deen’s full-frontal racism and a similar movement to “save her” ensued? I’m scrubbing my brain with videos of actual ducks talking to each other.
Brodie 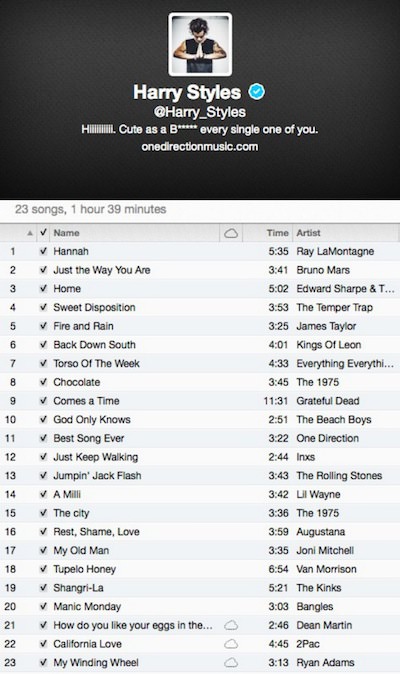 A Tumblr user has compiled a playlist of all the songs Harry Styles has tweeted lyrics to in the past four years. Anyone who follows him (hi, 18.3 milli people) will know that his feed is 90% quotes from conversations you weren’t a part of and 10% snippets of songs he’s into. It’s kind of the perfect playlist, with everything from James Taylor and Tupac, to Joni Mitchell and the 1975 on it. Good one, Styles. (You can listen to it here.)
Amy Rose

Pundits constantly speak at/about/for us, as though we do not exist. It is about time you stopped taking up our spaces. #NotYourNarrative

The #NotYourNarrative hashtag that emerged on Twitter this week after journalists Rania Khalek and Roqayah Chamesddine created it to challenge stereotypes about Arab and Muslim representation in the media brought readers far-ranging insights—the hashtag was used over 6,000 times in a single day.

In other news, it was reported this week that PUSSY RIOT IS GONNA BE FREED, as Russian President Vladimir Putin announced in a press conference this week. Thank goodness and also FINALLY.
Rose

Twentieth Century Fox gave filmmaker Casey Neistat $25,000 to make a promotional video for The Secret Life of Walter Mitty and told him he could do anything he wanted as long as it illustrated the theme “live your dreams.” Instead of making a normal commercial, he took that corporate cash to the Philippines, where he used it to buy food and supplies to hand out to survivors of Typhoon Haiyan. The resulting short (above), which documents the terrible destruction wrought by the storm and the filmmakers’ efforts to help, is beautiful and humbling.
Caitlin D. 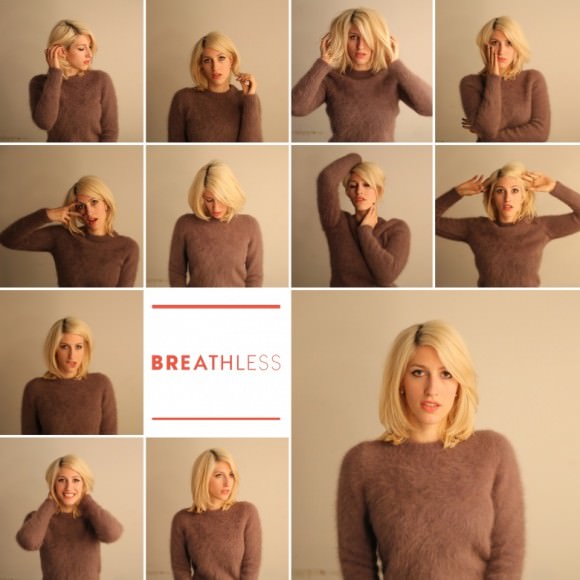 Photographs by Lindsay Brown for Vogue.

As if the fact that my favorite sex blogger, Karley Sciortino, now has a column at Vogue wasn’t enough of a sparkle-wrapped holiday gift basket (though why the feature’s called “Breathless” when her nom de plume, Slutever, was available is beyond me), her offering this week was perfectly timed to soothe my pre-Christmas-with-the-fam psychic trauma. In it, Sciortino talks about acknowledging one’s own milestones in life, especially when you’re living in it in a way that’s really different from the husband-house-kids track your familials followed. Read it when the aunt you see but once a year asks you about that photo you posted on your Insta three months ago. ♦