Plus plenty of year-end reading, even more BEYONCÉ, and groundbreaking developments in snaxx.

In almost every way, Chiara de Blasio is a totally normal 19-year-old college student, the exception being that her father, Bill, recently got elected as the next mayor of New York City. She’s politically minded, outspoken, and has been known to rock a flower crown (!!!), but Chiara played a bit less of a role in her father’s campaign than her exceptionally badass mom Chirlane and her brother Dante.

In a video released on Christmas Eve, Chiara explains why maintaining her personal privacy was so important during the mayoral race: She suffers from clinical depression and has struggled with using drinking and smoking marijuana as self-medication. “When I went away to college, I didn’t really do the mental and emotional work to prepare myself,” she says, and she urges anyone in a similar spot to get the help they need through therapy, sobriety, and/or whatever it takes. “Now I’m doing well in school and actually getting to explore things that aren’t just partying.” Her dad takes office in a few days, and Chiara’s life has already been changed forever—she’s a public figure now. But it’s so inspiring to watch her handle her business, get healthy, and use the platform she’s been given to encourage others to do the same.
Julianne

Jean Grae has long been one of the best, most charismatic rappers in New York City, but slightly lesser known is her awesome work as a comedian. Over the last year, she’s been working on Life With Jeannie, a sitcom she wrote, produced, directed, and composed and supervised the music for (!), and this week, the first episode finally dropped. It focuses on the holidays as well as the lies we sometimes tell ex-boyfriends to keep them far, far away from us and is so hilarious, sweet, and naturally acted. Someone fund this show! We need morreee Jeeeeeaaaannnn! 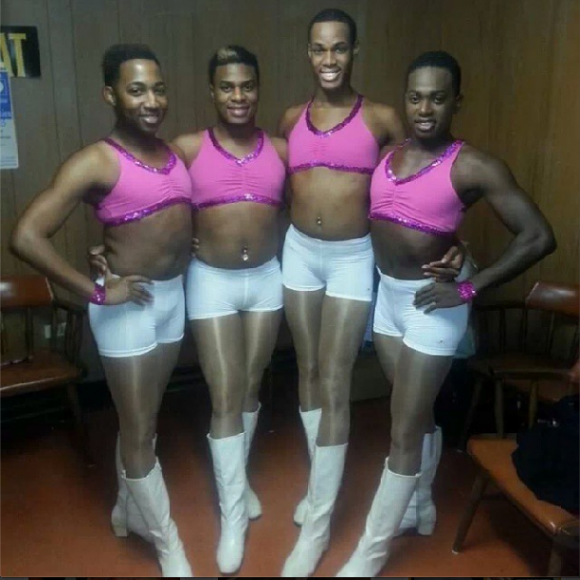 The Prancing Elites, our heroes of the week. Photo via Instagram.

The Prancing Elites are a dance/cheer/pep crew from Alabama that does a very specific style of dance called “J-setting” that influenced the choreography in Beyoncé’s “Single Ladies” video. The group, whose members are gay men, formed because they were not allowed to join the women’s J-setting crew in their not-so-progressive community oin Mobile, Alabama. This is the dumbest thing ever not only because it’s socially regressive and basic, but because they are INCREDIBLE dancers. This week, the Prancing Elits were invited to perform in the Semmes, AL, Christmas parade, and the video at that link shows them giving their all. Unfortunately, people were freaked out by their awesomeness: In the name of outraged “morality,” the city council is disallowing the Elites in future parades. The fact that the group took this outrage with grace and courage makes me want to donate even more to their Kickstarter, which has only a few more days to raise money so they can buy shoes and costumes (handmade by their team leader!), and travel, hopefully into the loving arms of people around the world who will APPRECIATE their skills.

Casey Jane Ellison, the intrepid Carrie of the amazing VFiles series “What the F*shion?” and “Status Report,” is back with a new episode of the latter to give us 2013 in review, and it’s the funniest “best of 2013” I’ve seen so far this year. I’m hoping to cop that same hair tie, too, Casey, holla in 2014.
Naomi

Because there’s no such thing as too much Beyoncé and we should probably have a weekly Beyoncé spot: Taylon Davis, a 12-year-old who has a terminal and inoperable brain tumor, had her greatest dream come true this week when she got to dance with Beyoncé through the AMAZING Make-A-Wish Foundation. If anyone deserves to dance with Bey, it’s Taylon.

More dancing, Beyoncé, and amazing 12-year-old girls (best combo): Charlize Glass kills it to “Yoncé” in this video. 90% of the world population can never hope to have the moves she does.

Fry the hell out of a marshmallow with a hair dryer for well-styled s’mores. By Morgan Walker.

The holidays are a time for cooking and also for being bored with your family and also for maybe hiding in the bathroom. Luckily for all of us, NPR just ran a story on making s’mores with a hair dryer. 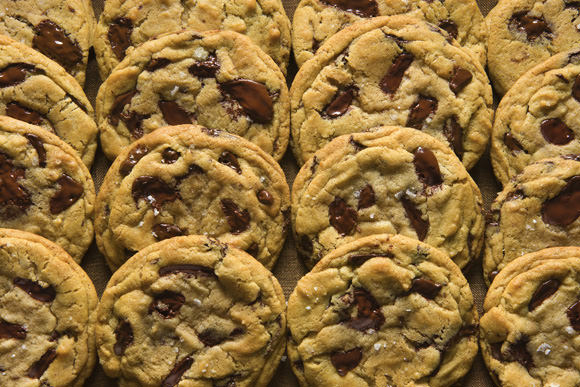 HELLO BEAUTIFULS. Via the New Yorker.

In other food news: If you’re like me, the chocolate chip cookie is a staple of your diet. I truly cannot imagine life without it, and had heretofore always thought of the cookies as something that existed out of time, like fire and water. But no! According to The New Yorker, the chocolate chip cookie was invented in 1939! Read the whole article for many juicy tidbits about this incredibly vital moment in history.
Amy Rose 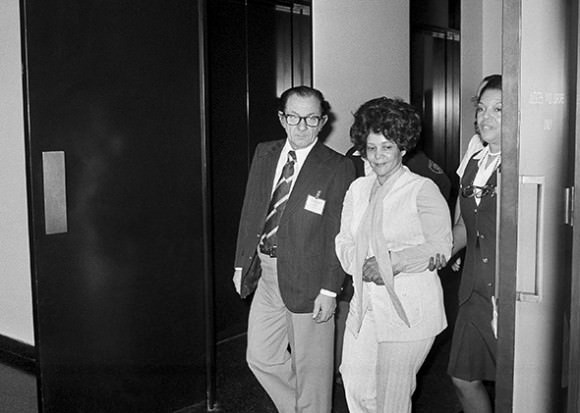 Linda Taylor in 1977 during a recess in her trial. Photo via Getty.

I was immensely into this Slate piece about Linda Taylor, the woman who Ronald Reagan repeatedly pointed to as a prime example of welfare fraud when he ran for president in 1976. He didn’t really have the most important facts about her story, though, and chose instead to focus on the most politically lurid (and largely incorrect) parts of her history: As reporter Josh Levin writes, “A murder in Chicago is mundane. A sumptuously attired woman stealing from John Q. Taxpayer is a menace.” But this article, which details Taylor’s wild and horrifying life of crime, will reveal that falsifying some governmental paperwork is probably the most boring part of her story. It’s a fascinating macro-expansion of one tiny moment in American history, and I loved reading it.
Anna F. 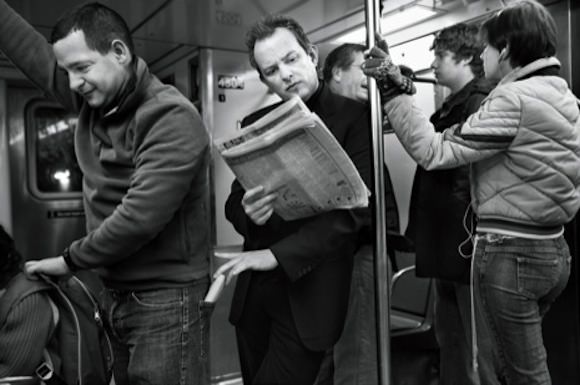 The New Yorker rounded up their most popular stories of the year, and while I haven’t read most of them (saving ’em for the train ride home), Ariel Levy’s “Trial by Twitter” made me rethink the way I read the news, and the incredible detail of “A Pickpocket’s Tale” made it feel almost like fiction, in the best way. 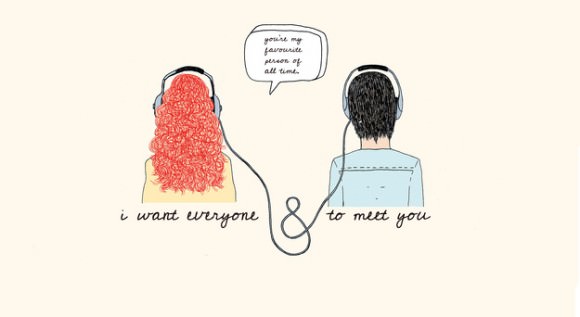 The cover of “Eleanor and Park,” one of BuzzFeed’s top picks.

While I consider myself a huge fan of young adult literature, I’ve read only a handful of BuzzFeed’s 21 best books of 2013. I’m hoping to make a bigger dent in the list before all the inevitable film adaptations come out. 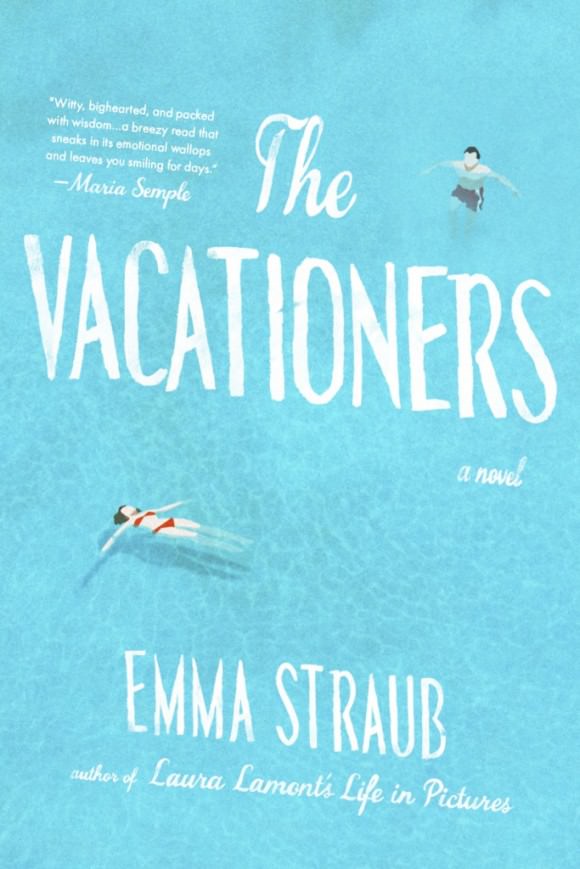 Add even more stuff to your reading list for the new year with Flavorwire’s 15 most anticipated titles of 2014, featuring forthcoming titles by Rookie contributors Emma Straub and Roxane Gay! ♦