Plus cats taking over an Ikea, Pantone’s Color of the Year, and BEYONCÉ IN A PIZZA SUIT.

Sunday Comic: The Best Song Ever #15 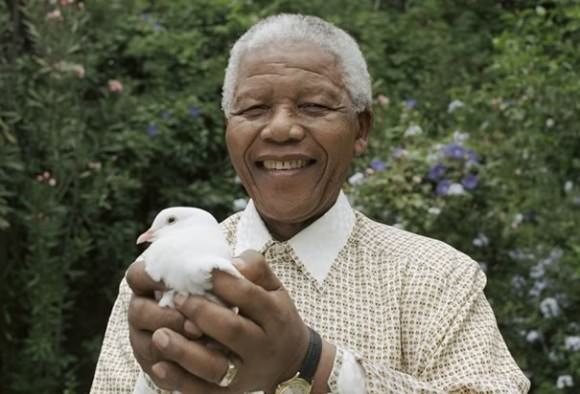 When Nelson Mandela died on Thursday, the world lost one of the most hardworking people to ever dedicate his own life to the immense benefit of others’. After spending 27 years in prison—way longer than you or I have been alive—because of his staunch dedication to protesting and otherwise speaking out against South Africa’s racist apartheid governmental regime, Mandela became the first democratically elected president of the country in 1994. His contributions to rebuilding South Africa are unquantifiable; they include ambitious educational and economic programs that allowed previously disenfranchised South Africans the opportunity to make new lives for themselves.

He was a beautiful man, and I’m crying really hard as I write this, so I’m going to keep it short and let these pieces on Nelson Mandela from The New Yorker and the New York Times take over. Reading both pieces helped me remember him in a really emotional way, and if you don’t know much about him, they’re a great starting point to learn about his amazing legacy for the first time (which I highly recommend you do). A fond and limitlessly respectful farewell to this dearest of hero-people. 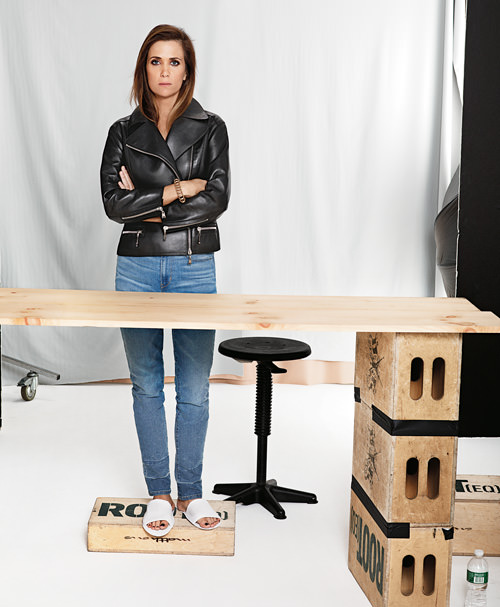 Photo by Marco Grob for the New York Times.

I was impressed in a swooning-type fashion by the subtle brilliance of this T Magazine story about Kristen Wiig, in which the writer Stephen Sherrill gave her a boring-magazine-profile version of Mad Libs for her to fill out, then ran the result. One highlight: “The family later moved to Rochester, where she attended high school. ‘I was the sort of student who would (verb) smoke,’ she recalls. ‘My friends were mostly (nouns) humans.'” And, OK, just one more: “[She] supported herself by working a succession of (adjective) meaningless/meaningful jobs. ‘The craziest one was where I had to (verb) kick some (nouns) kids!’ Wiig says.” Also, can we agree that the accompanying photo (above) is really beautiful/striking/amazing? 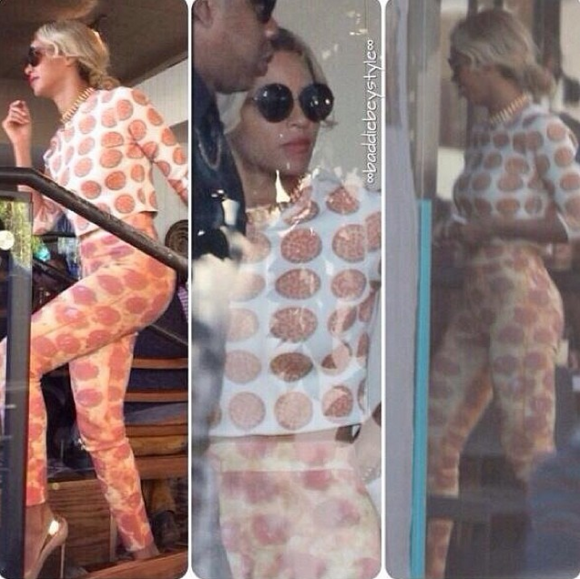 After announcing that she and Jay Z are going vegan until December 25, Beyoncé met her husband for his birthday dinner outfitted in HEAD-TO-TOE PEPPERONI PIZZA FASHION STYLINGS. The photos are blurry, but we’re all better people for having seen them, wouldn’t you agree? Also, how can we pun this? Pizzancé? Pepperoneyancé? I NEED YOUR HELP HERE, PEOPLE (another thing I need: this exact pizza suit, so I can wear it to any and all future Adult Financial Business Meetings to show the professional world I didn’t come around to play).
Julianne 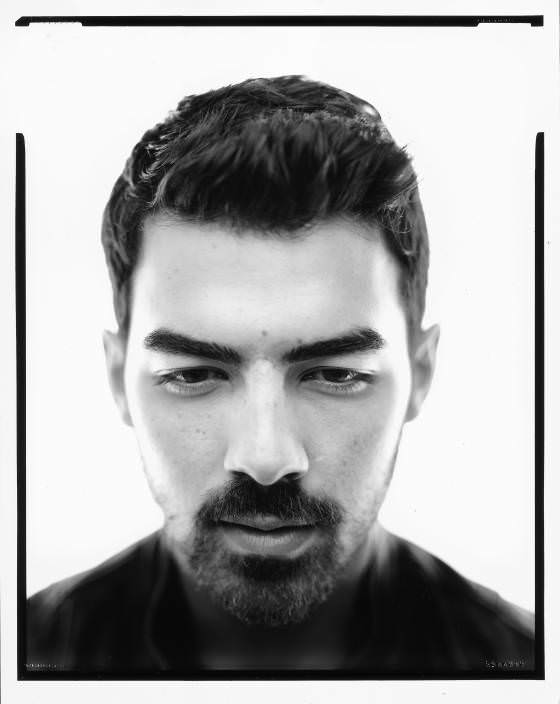 As countless post-kid-stardom autobiographies have proven, there is always a lot going on behind the scenes with young pop stars. Chances are, your favorite squeaky-clean teen celeb is probably not as perfect as their handlers would have you believe, basically because—guess what?—they, too, are human! This week, middle child/cutie pie Joe Jonas gave New York a full rundown of his thoughts, feelings, and actions during his wild, Beatles-esque period of being obsessively followed by fans as a part of the Jonas Brothers, and, as expected, things were not always as perfect as they seemed. And while I didn’t find it that cute that all the peers who he threw under the bus were women (ex-girlfriend Demi Lovato, in particular), it is an incredibly fascinating peek behind the curtain. “We didn’t want to disappoint anyone,” he says, “so we put incredible pressure on ourselves, the kind of pressure that no teenager should be under.” 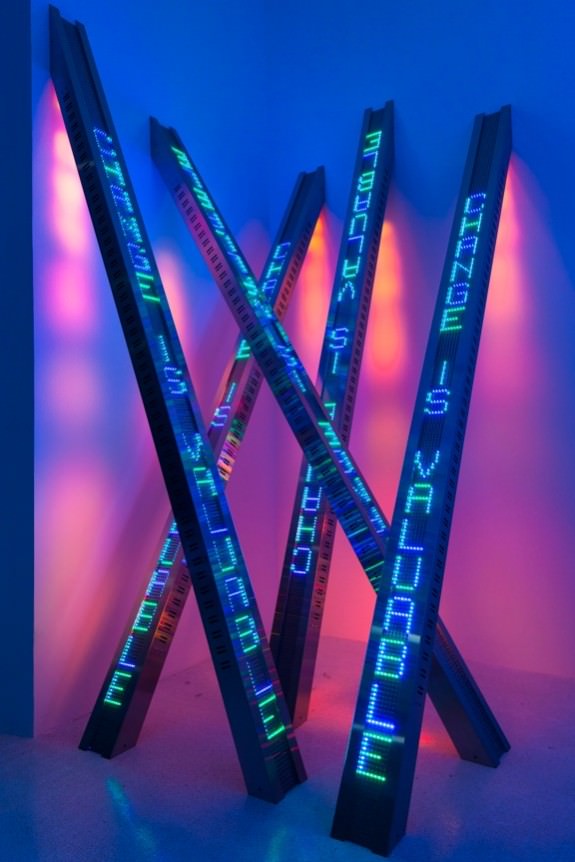 The glitzy and celebrity-inundated Art Basel is happening in Miami right now, but so far the best art thing I’ve seen this week is going down in Hong Kong. That’s where Jenny Holzer, the amazing conceptual feminist artist, has constructed her largest-ever LED light installation, which is saying a lot considering she once did art on a billboard in Times Square. On various LED projection screens, including semicircles that look like bracelets emerging from the ground, Holzer projects lines in English and Chinese from her signature, all-caps texts—things like “A MAN CAN’T KNOW WHAT IT IS TO BE A MOTHER,” or “EXPRESSING ANGER IS NECESSARY.” Nowness has also made a beautiful video of the installation which accompanies a brief interview with Holzer, who says, “When a poem in light caresses a building, or floats across a river and glides over trees, it can be just right.” JENNY HOLZER IS A WOMAN OF MY OWN HEART.
Arabelle 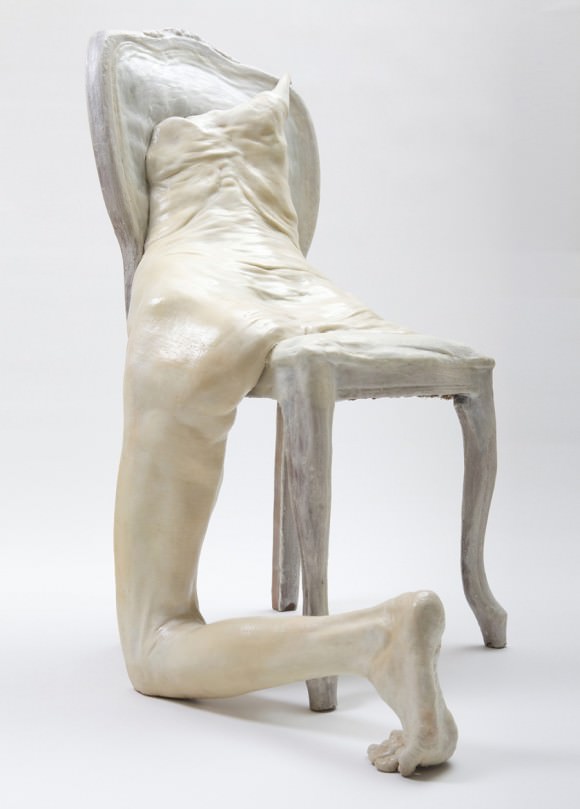 I’m really into these beautiful Francesco Albano sculptures of sagging skin. The body is such a raw, strange thing, and when I dwell on it, it terrifies me. I think I love the beauty industry so much because it transforms my neuroses into something glamorous. These sculptures both distract and center me in my own feelings about the body in such a delightful way. It’s very inspiring.

Laia, Hazel, and I are all screaming about how great/good/wonderful this interview with the writer Trisha Low is. Her debut book, The Compleat Purge, and this conversation are all about feminine identity, the grotesque, and confessions. So, you know, my entire life story—every girl’s life story. Trisha is such a genius babe who gets it—she talks about the trivialization of narcissism, Freud, and Frank Ocean in basically the same breath. I want to be her very best friend. 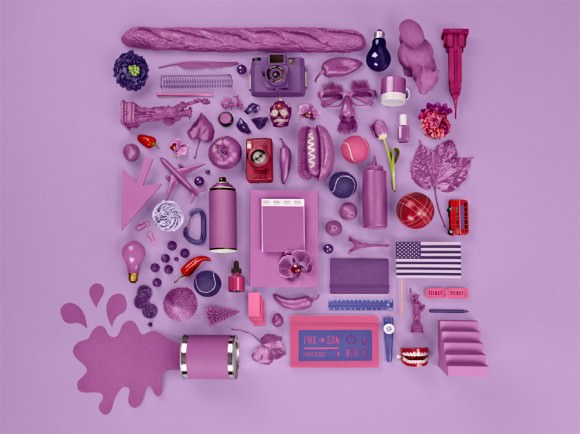 Pantone is a company that provides color systems used widely in paint, fabric, and plastics production. Pantone’s annual Color of The Year announcement is eagerly awaited by the creatives all over the world, and this week, Pantone finally revealed their choice for the next year: a bright purple named “Radiant Orchid.”

So how does that affect anyone outside of the creative industry? Well, in past years, Pantone’s decisions have influenced and inspired the producers of fashion (both haute couture designers and popular clothing companies), jewelry, home decor, and beauty products (as in Pantone’s official collaboration with Sephora). So look forward to seeing more Radiant Orchid all around you in 2014!
Tavi 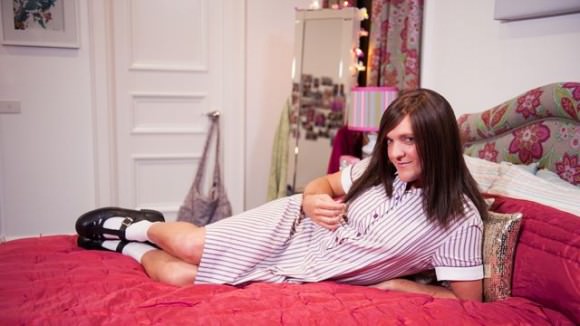 Ja’mie: Private School Girl ended last week, and while I still don’t know how I felt about the finale, I loved Molly Lambert’s Grantland piece on how enjoyable it is to watch Chris Lilley—until he employs blackface, brownface, or yellowface in one of his portrayals, and then you’re just like, “UGH.” Beyond offending and alienating members of his audience, it’s also just a boring crutch for his otherwise insightful performances.
Anaheed

I found myself nodding maniacally in agreement when I watched this video of Emily Graslie, the writer/host/producer of The Brain Scoop, ranting about the stupid, gross messages and comments that she and all women in STEM (science, technology, engineering, and math) fields have to endure from sexist d-bags on the internet and in life. I love her explanation of how over time, such comments can lead a woman to give up, and eventually bring us to where we are now, with abysmally low percentages of women employed in STEM jobs. 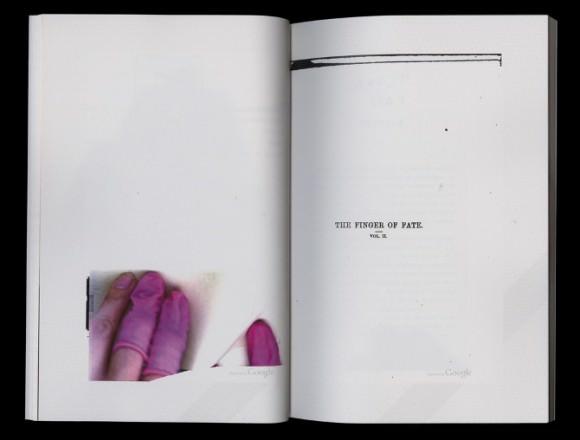 From “Google Hands” by Benjamin Shaykin. 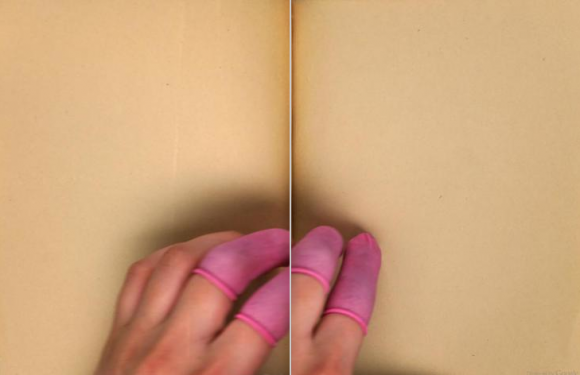 From The Art of Google Books.

Kenneth Goldmsith’s latest post on the New Yorker blog, “The Artful Accidents of Google Books,” is mainly about two things that document the places where, due to Google scanning errors/miracles (depending on where you’re coming from), you can see the old analog, paper versions of literature seeping into the new digitized versions. The first is the book Google Hands by the artist Benjamin Shaykin; the second the Tumblr The Art of Google Books. The creepiest images are the ones where the person scanning the book has accidentally included their own hand in the scan of a page as they turn it, as seen above. A hand with a little condom on one finger that you would unexpectedly find groping the pages of a book as you tried to read it—EW. 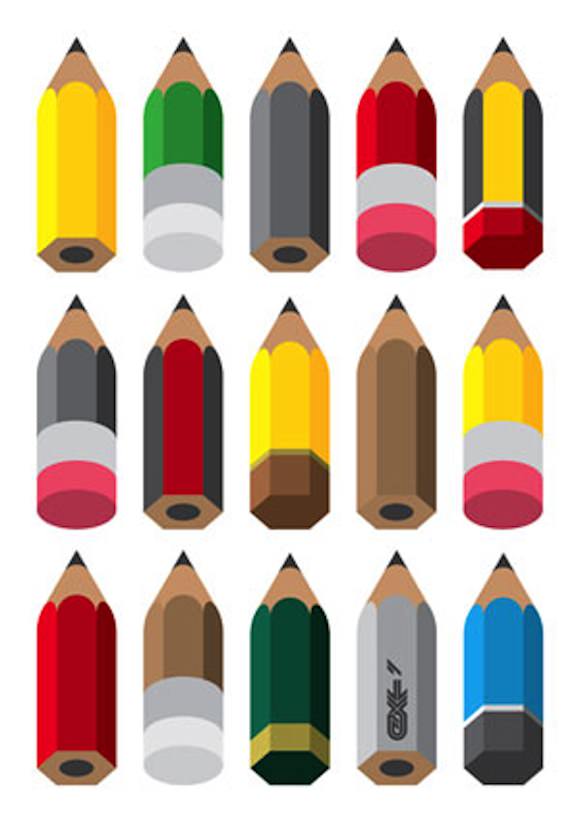 A few weeks ago we linked to these useful study tips from Teen Vogue. This week the magazine followed up that piece with this article about dealing with school-test-based anxiety. All of it is super helpful, but perhaps the best piece of advice contained therein is: “Despite how you might feel at the time, no single test is going to make or break your academic career.” This is truth!
Stephanie

“It is like any other business. The only thing is that our business was illegal,” says one of the interviewees in this Chicago Reader article about the open-air heroin market on Chicago’s West Side, which is right next door to the suburb where I grew up. I’ve always wanted to understand the heroin industry because of that; I knew it wasn’t as simple as drugs and gangs = evil. The incarcerated ex-dealers interviewed for the piece support that idea in talking about their experiences: As another subject says, “It creates a way where there wasn’t a way.” It’s eye-opening and perspective-widening.
Dana

I’ve always been a believer that the media doesn’t respect women beyond their bodies, and this video makes me feel that even more strongly. It’s time to realize that women need to be portrayed as real people in the media. ♦