We premiere a gorgeous new music video and interview the singer-songwriter about her musical inspirations, her ability to hear colors, and her “black phase.” 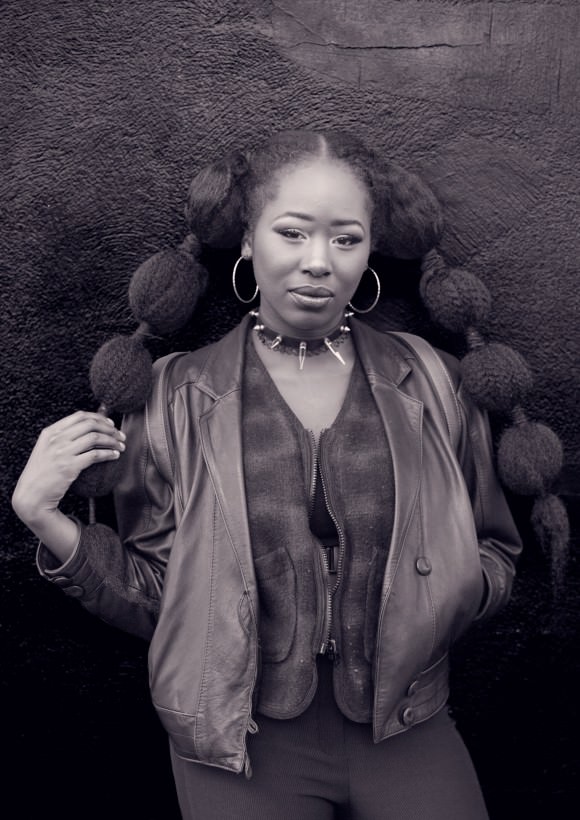 All photos by Eleanor.

Moko was born nostalgic. “When I was younger, I always wished I was a teenager during the ’90s!” says the 22-year-old singer-songwriter, on the phone from a recording studio in the British countryside. “[That era] really influenced my music, because I grew up listening to music by Soul II Soul, Sade, and Massive Attack.” You can hear those influences on “Count on Me,” her collaboration with the popular British dance-music producers Chase & Status, which was a top-five single in the UK when it was released in September, and on the rest of her debut EP, Black (MTA Records). You can hear that soulful electronic sound while watching this gorgeous new video for another track, “Freeze,” right here, right now:

I talked to Moko about her musical inspirations, her cultural pride, and her superpower, “chromesthesia,” i.e., the ability to hear colors (!!). —Anupa Mistry

ANUPA: Why did you call this EP Black?

MOKO: When I wrote these songs, I was going through a weird, dark phase in my life, and that contributed to my artistic process. I felt like I was in a black hole, and I usually wake up and wear what I feel, so from a stylistic point of view, it was a color I felt really comfortable in for a long while. Now I’m coming out of my “black phase”—the music I’m working on at the moment is going to be part of my next EP, Purple, a color which feels like serenity to me. The sky even turned purple while I’ve been here in the countryside! I want to build palettes of sound with my music. It’s like a rainbow of emotion, because I do hear in color. 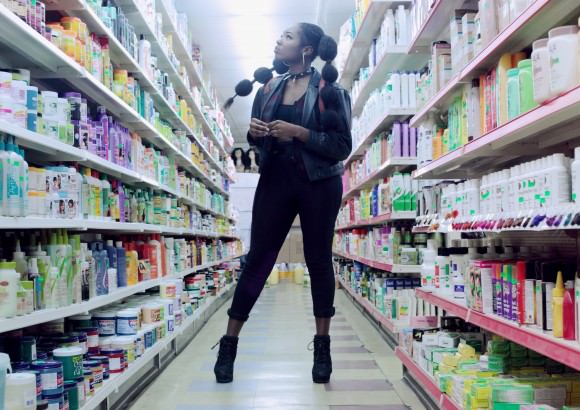 I’ve heard other musicians mention that phenomenon: chromesthesia, it’s called. How would you describe it?

When I sang in church choir as a child, I always had to listen to each song with my eyes shut, because then I could feel technicolor circles and holograms inside of my eyelids. After a while, I’d associate certain colors with sounds. It’s always been a part of me, so sharing it with the world is really nice.

What music did you listen to when you weren’t singing in choir?

I grew up listening to Fleetwood Mac and Aretha Franklin, and the rest of what I heard as a kid was very eclectic. My mum is of Ghanaian descent, so she used to play Afrobeat and Ghanaian folk music, while my personal inspirations are Portishead, Massive Attack, and Candi Stanton. It took ages for me to become the artist I wanted to be because I was always trying to erase the memories I had of Sade and Anita Baker and all these other singers I loved! 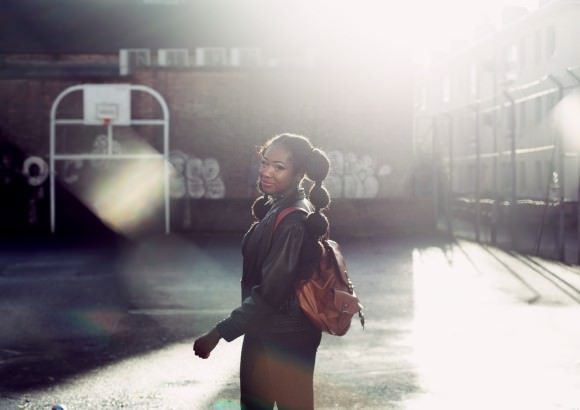 Alternative electronic soul. I’m a soul singer, so that’s what I want people to feel, and I love electronic music a lot—I like to infuse both worlds into my work. It’s quite easy to do that after growing up in London. I was brought up surrounded by all kinds of people and music, and I want to regurgitate it all!

What role does your heritage play in your music?

I do dance moves that are traditionally West African. The way I move my body is very R&B. My grandmother is Chinese, and I’ve always felt a natural inclination toward Asian culture, too.

When I was in secondary school, I went through so many phases. Growing up, you’re like, Shit, I don’t wanna be that awkward African kid! But when you’re older, you want to stand out. I love being African, and I love my hair. I’ve never straightened it. Whatever phase I was going through, my natural kinks made me feel different, unique, and happy with myself! I never felt out of place. It’s a beautiful thing to watch people who thought they were uncool because they’re from a certain part of the world be like, Actually, this is part of WHY I’m cool. ♦

Anupa Mistry lives in Toronto and writes about music, pop culture, and diversity for publications such as SPIN, the Globe and Mail, Hazlitt, and CBC Music.