How to Say Goodbye

Sorry, but your first breakup is gonna hurt like hell. Here’s how to avoid prolonging the pain—for both of you. 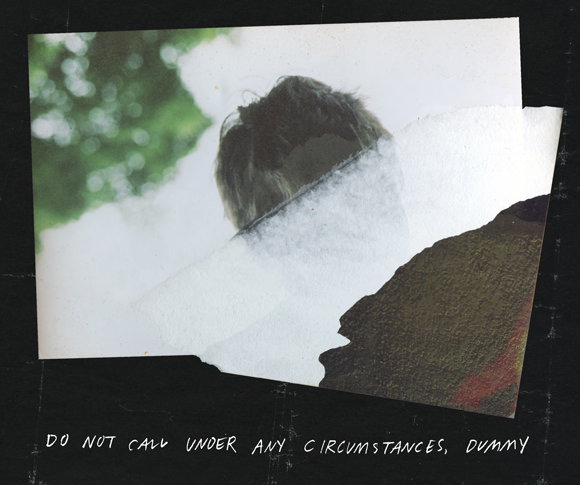 Pretty much all it took for us to get together was one kiss. I was 16 and he was 19 when we met accidentally through mutual friends. I was hanging out at my friends’ apartment when one of their roommates arrived with his brother, who was spending the night. The brother, Luke, was the cutest thing I’d EVER SEEN. We both crashed in my friends’ living room that night, on couches on opposite sides of the room, and though we didn’t talk much, I spent the next month or so telling everyone we both knew that I had a thing for him, hoping the message would reach him eventually. When it did, it turned out he thought I was cute TOO, and we spent a few weeks frantically Myspace-messaging each other several times a day. Eventually this led to a movie date, which led to that kiss, which coincidentally took place in the same living room where we met. We broke up three years later, over the phone.

Luke had had serious relationships before, but this was my first, and it was like something out of the movies: that “can’t-eat, can’t-sleep, reach-for-the-stars, over-the-fence, World Series kind of love” that the Olsen twins talk about in It Takes Two. I remember getting literally breathless when I thought about him, bewildered by the sheer force of all these new true-love pheromones that were suddenly clogging up my brain (and my lungs, apparently). I lost my V-card to Luke, I told him all my secrets and kept all of his, and we agreed that we were going to be together forever. We talked endlessly about our wedding, our kids, where we’d have vacation houses, and hanging out as old wrinklies—the works. Everyone around us seemed to agree that we were made for each other, and I spent a long time calmly convinced that THIS WAS IT, delighted and relieved at the idea that I happened to find my soulmate in my very first proper boyfriend, which meant that I could just happily coast along on a little love-cloud for the rest of my life and never have to worry about finding True Love again.

Looking back, I guess our relationship deteriorated in stages. After about six months together—and just as we were at the height of our honeymoon period, having spent the summer ingraining ourselves in each other’s lives and blowing off EVERYTHING in favor of spending every night just watching TV together, so strong was our mutual infatuation—Luke went away for college. He came home virtually every weekend to see me, but the two-hour distance drove me crazy because I couldn’t drive and the train was expensive. I hated the thought of him living a “grown-up” college life surrounded by sorority girls while I was stuck in the 11th grade.

Then, that winter, I got pregnant. I was confident in my decision to get an abortion, and Luke totally supported me through the experience, but it was undeniably hard on both of us—we were scared and sad and it tripped me into a period of depression, which was hard for him to handle. And while I had a support network of family and friends I could talk to, he didn’t tell anyone, which meant he was struggling with his own feelings pretty much alone, while trying to take care of me. I took breaks from wallowing in my own misery to try to tend to him as best I could, but unlike me, when he was upset he had a tendency to withdraw from those around him.

We started fighting more and more, and being less and less honest with each other about how we were feeling. We still spent almost every night on the couch together in front of the TV, but instead of the cuddles and cooing, it was mostly me crying and him trying (and failing) to figure out how to make me feel better. It stayed like this for TWO YEARS. I think we were both too scared and/or too passive to cut ourselves loose from what had become quite a sad, dark relationship. I don’t know if it was because I had spent three formative years of my life with him and most of my important recent experiences were tied up in that relationship, or if I felt I owed it to my 16-year-old self to make good on all that true-love-forever stuff I had been so sure about at the beginning, but breaking up with Luke just wasn’t a conceivable alternative until the very last hours of our relationship. To admit failure, to me, would mean having to reshape my entire life plan and admit that I had been WRONG about everything.

We finally broke up in January 2010, just after Christmas break. I hadn’t seen him since before I went to France to visit my family for the holidays, and the final straw came when he told me he had to go back to school early instead of coming to see me for the first time in two weeks. All day, we exchanged angry texts, which led to an extremely long, shouty, sobbing phone call where we simultaneously decided that we just couldn’t do this anymore.

I didn’t see him and barely talked to him until four months later, when he came by on his Easter break to pick up a bunch of shit he’d left under my bed. By that time, I was pretty much over the breakup, but it was still hella emotional: I cried a lot watching him gather up the dregs of our life together and cart them off once and for all.

Finding myself all alone after three years of coupledom was a gut-punch shock to my system. Breaking up with your first love is pretty much the worst, because the pain of the loss is probably equal to the intensity of the joy you felt at the beginning of the relationship. It hurts like a bitch, but if I survived to write this article, you are definitely going to survive too. There are no rules about how long it should take to heal (I know people who took years to get over their first loves, while the wounds of this particular breakup of mine were scabbed over within a few weeks), but rest assured that you WILL, SOMEHOW, eventually get over it. There’s something particularly intense about breakups of long-term relationships in your late teens, maybe because you go through so many changes over that period of time. A lot of my friends whose first loves came during high school tell me theirs felt just as life-or-death as mine and Luke’s—including my buddies Imani and Gabriel, who helped me come up with some guidelines to getting you through your first cataclysmic breakup.