JULIANNE: I had a mini-weird about the “Superpower” video because the riot imagery is very similar to ACTUAL THINGS THAT ARE HAPPENING in Syria and misappropriates the tenets behind the Occupy movement, though obvs her ultimate point is that love will conquer all. Still, I didn’t need to see a flaming tire like that, dude. Mad at the director, Jonas Akerlund (who also directed “Telephone”)—call it the post-M.I.A. effect. That said, I think the styling is phenomenal (HOW DO I GET UNDERBOOB LIKE THAT?!) and I LOVE LOVE LOVE the fact that Kelly and Michelle are in it as co-leaders of Beyoncé’s badass end-of-the-world wrecking crew (and Pharrell, I guess). One thing I find so important about these videos and this album is how subtly and not-so-subtly she is hair-flipping in the face of her critics. Not just in terms of all the feminism stuff, but to anyone who tried to drum up drama among Bey and Kelly and Michelle. Maybe there was competition—sure, of course there was—but with this video she’s telling us that they will always be her sisters. And speaking of jealousy, I also love how on-display she is willing to go with early disappointments, via the footage of her old group (with Kelly!), Girls Tyme, losing to a band called Skeleton Crew on Star Search in 1992. That must have been HEARTBREAKING, especially for girls their age. 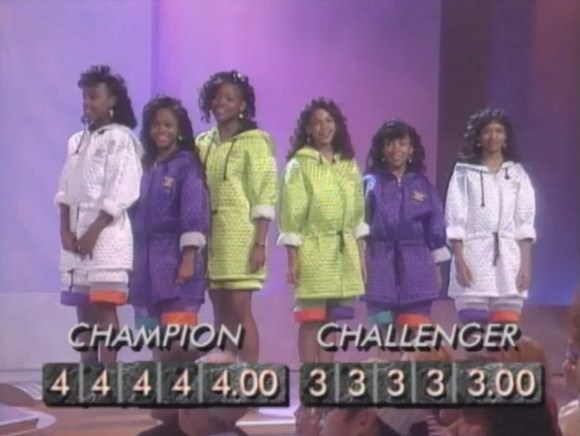 Anyway, I really appreciated this take on this video.
13. “HEAVEN”

…features Blue Ivy, the end. No, wait—while we’re on the subject:

JAMIA: Some critics online are questioning the motivation behind putting Blue Ivy on camera.

HAZEL: What?! It is insane to suggest Beyoncé would be cashing in on her kid!

JAMIA: My friend Chloe reminded me that no one hated on Jay-Z when he included Blue Ivy in his videos and performances. There is a sexist double standard for Bey and mothers in general that is also complicated by racism. Black motherhood is pathologized and maligned in the media on a regular basis, and even Bey is not immune.
15. “GROWN WOMAN”

TAVI: In a recent interview, she talked about how she’d been thinking about how hard she’s been working since she was a child, and how she wanted to basically “blow that shit up” and make an album about what is truly important to her. It totally comes full circle, starting with “Pretty Hurts,” being reminded that she’s been competing and performing her whole life, and then ending with “Grown Woman.” I adore her sitting bored in front of her trophies, snapping gum in a crown and a bratty pink dress. 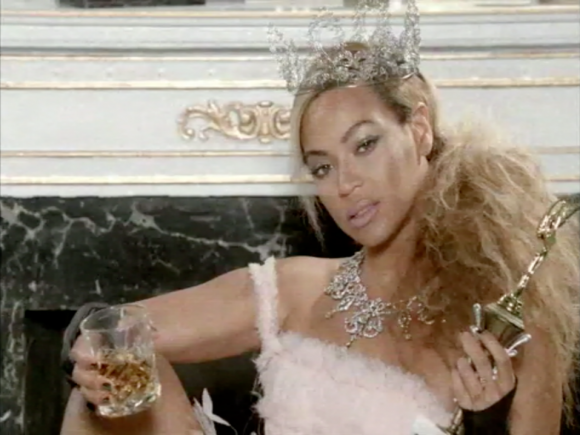 HAZEL: All the archival footage she uses (or just references, like the trophy in “Drunk in Love”) is so powerful, just a constant reminder of why she is where she is and how she started, and makes it feel super magnum opus–y.

AMY ROSE: Yeah! It feels like a narrative about HER LIFE AS A WHOLE, and there’s obviously mad gravity to that! Seeing Tina at the end of “Grown Woman,” just looking all victorious, cinched that for me.

JAMIA: That gave me chills, too–especially since she’s named after her mom’s maiden name, Beyincé. I saw someone tweet today that Beyoncé is at that place in your 30s when you start feeling like a grown-ass woman, owning your strengths and failures, when you stop giving a fuck about what other people think. Bey and I are the same age (she’s a year younger) and I’m feeling so much of this album and its message. HOT DAMN.

TAVI: OOH YES. Not that I directly relate, but as y’all know I’ve been having funny feelings about growing up. But this song/album makes me excited to be a real-person grown woman motherfucking boss ruler of my own world. I’ve been jittery all day because I’m just so excited for the FUTURE IN GENERAL. I love Beyoncé I love myself I love being a young woman omg

JAMIA: I’m SO excited for you. My 20s and early 30s have been so exciting and fun. I used to worry about getting older and becoming trapped by the bullshit and I feel more free and self-actualized than ever now–I still have a long way to go but I’m enjoying the ride so much. After I got married I freaked out about what it would mean for my independence and it has actually felt really liberating because I waited to make that commitment at a time where I felt like a grown ass woman and my own person. It comes at different times for everyone but I’m like “don’t forget it, don’t get it twisted, just bow down bitches” to people who tried to get me to do this anyway but my own. Have you heard Janet Jackson’s Control album? I loved it when I was younger and in some way it seems like this and “Grown Woman” are evolved homages.

TAVI: Ooh, I am making this album + Control my go-to’s when I start to feel discouraged about growing up and want to crawl back into childhood

JAMIA: This album is about being the CEO of your own life, not rising to the top of someone else’s industry. Beyoncé moves the conversation from “run shit within someone else’s institution” to “RUN YOUR OWN SHIT,” and that is the goal for real. This is something I’ve seen mischaracterized as selfish, but it is necessary and smart. People spend their whole lives toiling away on things that have nothing to do with their real purpose and joy and regretting it. Beyoncé worked hard to get where she is, and it took decades. She’s an inspiration and an example of why millenials ROCK.

TAVI: This album feels like the perfect soundtrack for both loveytimes and world domination, so I feel like it covers all the ground.

AMY ROSE: This album is making me feel more like myself.

DANIELLE: This album is a tax write-off, because I need it to live.

JAMIA: I think this is the feeling that e.e. cummings was talking about—that the “hardest battle which any human being can fight” is “to be nobody but yourself.” Every year I resolve to preserve my imagination and my child’s mind. When I’m feeling like I’m fronting or losing myself or martyring myself I imagine my five-year-old self with ashy knees and a big snaggle tooth smiling at me and reminding me who I am—and I just can’t lie to her.

JULIANNE: I have been a huge fan of Beyoncé since Destiny’s Child, yet this album was a total surprise to me in terms of its openness and the adventurousness of its SOUND. It has only reinforced my love for her, “flaws and all,” as she once sang on yet another of her many feminist anthems! If she has contradictions, and I do for liking her, then so be it. We are human women and I’m a better, stronger person because she exists. ♦