Clare Maguire: Whenever You Want It

We premiere a gorgeous new track and interview the singer about sobriety, the music industry, and what keeps her inspired. 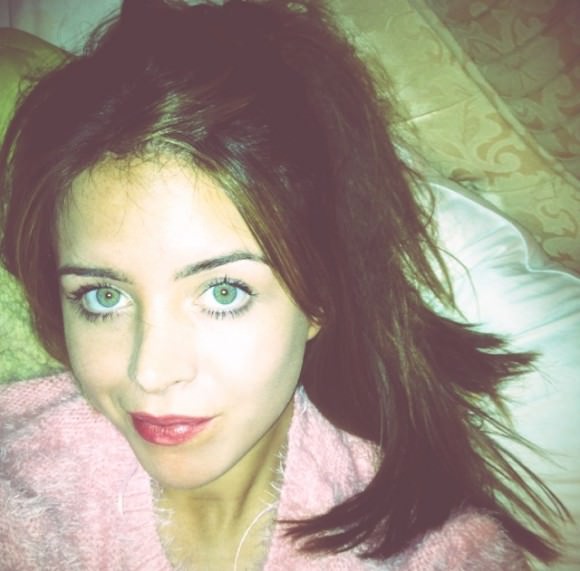 Although Clare Maguire was groomed to become a major British pop star as a teenager, she couldn’t be happier that things didn’t turn out that way. After dropping out of high school at the age of 17, the Birmingham-born singer-songwriter began traveling to London to record songs, and her eerie, smoky voice quickly won her a record deal with the UK label Polydor. But due to external pressure and a growing problem with alcohol abuse, Clare’s 2011 debut, Light After Dark, was a flop both critically and in its representation of her work. As her drinking became unmanageable, Clare checked herself into a treatment center, emerging after two months with a renewed grip on her own identity that inevitably spilled into her songwriting.

After taking a year off to breathe, Clare has been releasing a slow trickle of original tracks and astonishing, spare covers on her Soundcloud. Her Irish heritage and fascination with Americana, soul, and blues have coalesced into a distinctive style of her very own. Today, we’re proud to premiere the latest of her compositions, “Whenever You Want It,” a regal, piano-heavy invitation to a love that fearlessly faces reality.

In an interview with Rookie, Clare speaks candidly about her sobriety, her break from commercial pop, and embracing femininity as a source of strength.

CAITLIN WHITE:  Where were you coming from when you wrote the line “Who won’t break me when I’m already broken?”

CLARE MAGUIRE: I was alone at three o’clock in the morning, thinking about how I want to get back into a relationship, but I don’t want to change. For so long, I was trying to become this superwoman, but I don’t want to be a perfect person anymore. I just want to be flawed and have someone accept that. While getting sober, I realized it’s OK to have thoughts and opinions that don’t really fit a mold.

When did you finally realize you needed to make a change? What did you do to get sober?

I always knew I had a problem. I was very manic and intense, and I knew that [my drinking] was going to get out of control at some point. The final straw was when the record came out in 2011. I felt really conflicted about it, like it wasn’t true to who I was, but I was unable to voice those thoughts because I was so controlled by alcohol. I was a shell of a person; I didn’t have any feelings. I didn’t know what I wanted, so I was very easily manipulated.

There was a night where I finished a gig and I just thought, I can’t do it anymore, so I went to a meeting with the head of the label and said so. Then I went to the doctor and told her honestly what I had been doing, and she was like, “You will literally have two years to live and that’s it—if you carry on at this pace, you’re done.” She didn’t even let me go home—I went straight to rehab.

I was in there for about two months. I didn’t speak for the first week, but after I did, the hugest weight lifted off my shoulders. All this pent-up fear, anger, and insecurity drained out of me. Rehab helped me rediscover my sense of humor. It’s been two years now since I got sober, and it’s been the best two years of my life. I’ve just been so at ease with myself. I know myself now—as a woman, an artist, and a writer, and just as a person.

Do you have any advice for girls who might be struggling with addiction?

If you’re reading this, and you recognize that something similar is happening to you, I know that the idea of getting sober seems tough because you’ve got your whole life ahead of you. But if I had gone to rehab at 18 or 19, my life would have been totally different. I would’ve really enjoyed the experiences I had and been able to have more friendships—like, real friendships.

I’m very lucky that I did get help, because some people don’t. You have to fall hard before you get that you have to make a change. I always felt like a loner and a loser. But I want to tell you that you’re not. You might just be in an area, in a school or something, where not everybody is on the same tip as you are. If you have a good, solid grounding in yourself, you’ll be able to figure it out.

I’ve read that you had a high school teacher who told you that you’d never be a singer—so you just up and left after that?

I was very stubborn and headstrong. I didn’t think it was right for somebody to tell me that! He brought me into his office and said, “All these dreams you have of being a singer are never going to happen. Get them out of your head. You have to focus on getting into university.” I just laughed at him and said, “Well, you’re wrong.” Isn’t the whole point of teaching supposed to be nurturing people? It just made absolutely no sense to me.

But the music industry is hard on girls. When I went into music, 99.9% of the people I dealt with—whether they were writers, people at the label, or management—were men. A lot of women who find success in music have to act in a certain masculine or aggressive way to get what they want. I found that very interesting—like, why can’t you be glamorous and write songs and be a businesswoman? When I got into the industry, I ran away from being my own woman because I was actually told quite a few times that I wasn’t pretty or “pop” enough to make it.

I know. I was so insecure at that point that I believed what they said! Getting sober made me realize that it was a load of bullshit. I love sitting in meetings in a cool dress, with my nails done, and my hair how I like it, and just telling five men in suits how it is. There’s nothing more powerful and exciting to me. I always felt guilty and ashamed in the past for letting my alcoholism take control of me and make me afraid of being a woman and having a voice. That’s something that I will never, ever do again in my life. ♦