An argument for flip-flopping. 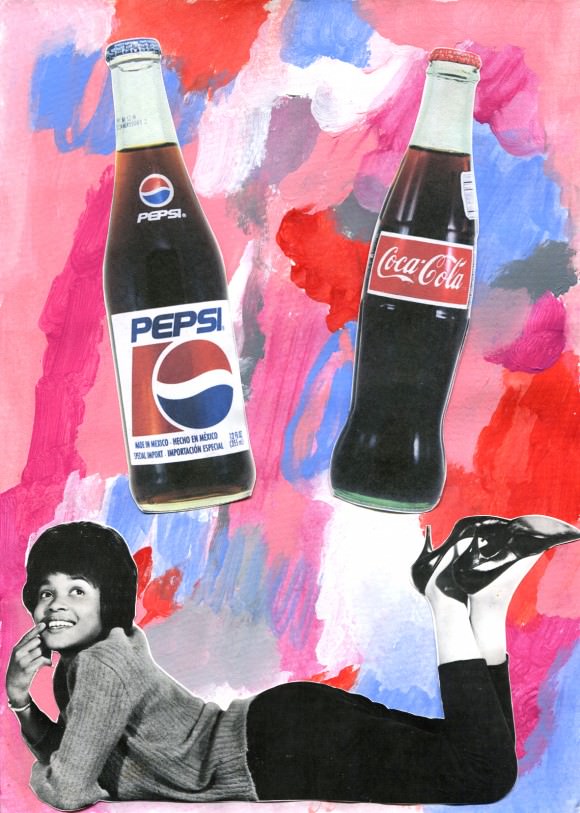 I used to believe, quite firmly, that feminism was dumb. (Stay with me, this isn’t going to be a post about why feminism is important.) I didn’t have a lot of female friends, but I had legions of guy friends, and I resented the girls they dated. None of those girls—none of the girls around me, in fact—seemed anything like me, so I dismissed them without a second thought. (Looking back, I can see that I was scared of them, because I felt inferior to them.) I thought it was dumb for women to expend their energy helping other women when we should all have been focusing on ourselves. I expressed these misogynist opinions as frequently as possible, usually while holding court with a group of guys.

Then I grew up. I made some wonderful female friends, I took some courses in feminist theory, and I started reading books. I came to an understanding of systems of oppression that have been used to deny the strengths of women, and I realized that I had more in common with my high school friends’ girlfriends than I had been mature enough to admit—and how much experience I shared with all my sisters, thought we were all unique human beings.

In short, I changed my mind.

For a while, I felt guilty about doing a complete 180 on my opinions on feminism. I struggled to incorporate the new thinking patterns and perspectives that came with time and experience. I felt embarrassed about switching from being so vocally this to being that, so I often didn’t express my hard-earned new opinions. I don’t want you all to struggle like I did, so let me say to you now:

It’s OK to change your mind! More than OK—it is inevitable, and it is necessary.

When I was a kid, I wasn’t super tuned in to politics, but I remember watching presidential debates and campaigns on TV, and they seemed to be mostly about candidates addressing talking points and expressing their opinions on issues. Now, they’re focused on catching people being inconsistent: Five years ago you said that, but now you’re saying this? Flip-flopper! Changing one’s mind isn’t seen as a result of a rational thought process, but rather as evidence that you’re not solid in your convictions. This is an unfortunate development, and it affects all of us. We lead more of our lives online all the time, so increasingly there’s a record out there of everything we’ve ever thoughts, said, or done, so we’re able to catch one another contradicting ourselves, which just leads to a lot of useless nitpicking and arguing about the past, when we should be discussing what’s happening in the present. Did we not want Obama to change his public opinion about marriage equality? Are we supposed to be mad at Beyoncé and her husband for going vegan?

We recently got this email from a reader:

I was raised in a Catholic family and still regularly attend church with them. I have a lot of issues with the Catholic Church, but I share most of its main beliefs. It’s only recently that I discovered Rookie and some other online communities, and my eyes were opened so much to feminism and women’s rights. However, from the time I understood what abortion is, I was taught that it’s wrong. Now that I’m a teenager, I have no idea what to believe. I’m leaning toward being pro-choice, as I don’t want anyone, especially some old man in Congress, telling me what I can or can’t do with my body. But then I’ll get confused, because I have several little siblings, adoption exists, and the idea of terminating a life that’s begun terrifies me. I feel like I have a different view every day. How do I figure out where I stand?

The first thing I’ll say to you, Katherine, and to all of you Rookies, is that having a different view every day is a stance, and it’s one that’s a lot more nuanced and honest than ignoring your complicated and sometimes contradictory feelings about a subject just to sound more sure of yourself. It is completely OK to let people know that you aren’t 100% sure how you feel about any given topic. I’ve certainly felt, at parties or in random conversations, like I needed to hurriedly formulate an opinion on whatever is being discussed. Sometimes I rush into these opinions and then feel like I have to stick by whatever I said initially out of fear of being labeled unsure of myself. How I wish I realized back then that I could have looked someone in the eye and said, “You know, I’ve thought a lot about freegans and I still haven’t really figured out how I feel about them—I’m conflicted. So I guess conflicted is how I feel.” Not being completely sure is just as valid a position as anything else.

Some of you might have all of your beliefs figured out. I’ve met some of you at Rookie events, and you blow me away with your intelligence. But the majority of teenagers, even incredibly brilliant ones, are still trying to figure out how you feel about counter-terrorism/musicians dissing each other/poverty/Obamacare/Kimye. Hell, if we’re honest with ourselves, most adults aren’t 100% committed to a single position on most subjects. My point is that you can be completely solid in your convictions while accepting new ways of looking at things and new facts, and if your convictions happen to change as a result, well, that’s what we call growth.

If you’re not sure how you feel about an issue, try this: Sit down and suss out your initial gut reaction; ask your friends how they feel about it; ask your family how they feel about it; read some outside opinions from different sides of that issue. Actually, Amy Poehler did an “Ask Amy” that addressed forming beliefs and opinions better than I can in a paragraph—please just watch it. Once you’ve formulated your opinion, guess what? It’s yours to do with what you want! You may keep it to yourself, you may talk about it when it comes up in conversation, or you may screen-print T-shirts that say Tempeh Forever! and give them away to strangers. What you do with your opinions is totally and completely up to you—you are under no obligation to sing them from the rooftops or keep them like a secret.

When you really, really believe something, it seems like you will feel this way forever. I know that I feel that way currently about my love of animals, my commitment to GLBT rights, and my inexplicable fear of E.T. But who knows? Maybe they’ll do an E.T. reboot and I’ll fall in love with the little guy and forget to be scared. I have, in my life, held fervently so many beliefs that I just don’t feel the same way about anymore, like thinking that my parents are idiots—time has taught me that my folks are a wealth of wisdom and information and history, some of which occasionally still has the ability to embarrass me in public.

Very few opinions or beliefs last a lifetime, and that’s pretty cool—it means we are always changing and growing. Some of your convictions may be the core of who you are and stick with you for your entire life, but for the most part, we’re gonna keep evolving and learning and thinking about issues that haven’t even been dreamt up yet. It may be a bit scary to realize that so few things are completely set in stone, even in your own head, but it’s time to get more comfortable. Change is inevitable. Growth is optional. ♦