All the to-do’s and to-don’ts of writing out your goals. 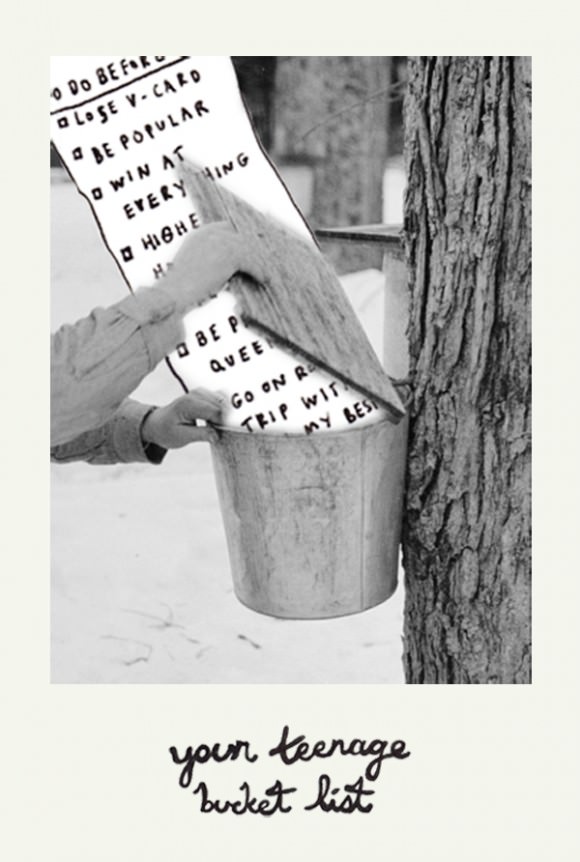 I love making to-do lists. I find it really helpful to write down all the tasks that I need to do in a specific time period, whether that’s buying Charli XCX tickets, outlining a paper, or just generally getting that shit DONE. The trouble is, I’m sort of terrible at actually completing these tasks. No matter how satisfying it feels to neatly cross things off a list of often stress-inducing duties (Yay, I’m not a totally unmotivated procrastinator!), sometimes that shit just does not get done (Boo, I guess I AM a totally unmotivated procrastinator after all, back to bed). But, as an eternally wise philosopher known as Hannah Montana once said, “Nobody’s perfect, you live and you learn it,” so I try not to beat myself up about it too much.

Sometimes I think making a list might be productive in itself, even if I don’t get all of it done, and I’m not just saying this to make myself feel less guilty. There’s a lot to be said for compiling and organizing the stuff that needs to be squared away in a given chunk of time. It helps you figure out what’s most important to you in the moment, and even the shortest of lists can speak to your greater interests and goals. Like, if I put “construct my badass and bound-to-be-breathtaking gingerbread mansion” before “finish this paper on Dickens” on a today’s list, it’s easy to guess which one I care about more. (What could ever be more important than a HOUSE MADE OF COOKIES?)

But there’s another sort of list a lot of people like to make—one that has a grander agenda than buying groceries or doing homework, and that’s ye olde “bucket list”: the one where you write down the ways you’ve bonded with Morgan Freeman and Jack Nicholson over the course of your wacky adventures together. Just kidding, that’s totally not what a bucket list is. A real bucket list comprises everything you want to do over the course of your life before you “kick the bucket,” aka when you DIE and rot away like the corpse that you’ll eventually BE. Was that too much? Because that’s basically how I think of the pressure to figure out my WHOLE ENTIRE LIFE in one list—it’s kind of intense, man!

That’s why I don’t have a bucket list. While I adore setting goals, I’m not into the idea of forcing my future into some rigid outline. I’m only 19, after all—I’m not thinking about death that much at the moment. Plus, when you start defining your life as a list of things to be checked off, shit starts getting a little weird. When the trailer for The To Do List came out, it definitely made the movie look funny (Aubrey Plaza + a million other cool kids = good time), but it also made me cringe. The fact that the whole movie focused on a girl freaking out about completing items on a sexy to-do list before college seemed kind of sad! In high school, there’s so much pressure to “lose” your “virginity” before it’s “too late”—I definitely knew girls who felt they had to get the deed done before it would be “socially unacceptable” to be a virg.

A lot of people my age, and frighteningly younger, also make what I would call “life lists”: inventories of specific accomplishments they intend to have tackled before reaching a certain age. It’s mind-boggling to me that teenagers are expected to know just what the hell we want to do with the REST OF OUR LIVES by the age of 16, and to STICK TO that plan until we’ve hit each required marker along the way. It’s cool to have goals, but they can and should be subject to change over the course of your life. Your time on earth will no doubt be just as meaningful and substantial if you don’t end up taking that road trip before you’re 25 or earning highest honors in Girl Scouts or whatever—often, not fulfilling those objectives just means you were busy taking care of other important parts of your life.

More often than not, life itself doesn’t adhere to a anyone’s list of specific ambitions. Life is not a video game—you don’t get a level-up in worldliness for completing each task you’ve assigned yourself. Life is not Life will fuck up your plans, and that’s great, because it means it will always have the potential to surprise you.

No matter what I may want to accomplish in life, or just this week, I often find that the period of actually doing something, rather than having done it, is the best part, anyway. So for now I’m prioritizing the present moment, what I’m actually up to right now, over any preplanned future. I guess you could say that’s my “goal.” I’m just not putting it on any kind of list. ♦