An examination of the hardest-working ladies in show business.

Beyond Inversion: How to Make a Benefit Compilation

Throughout my many years as a rabid TV lover, I’ve often heard the complaint that “kids today are raised by television!” from disapproving adults. But I wanna know—what’s so bad about that? In many of my favorite shows, there’s some rock-solid parenting happening onscreen! There are so many awesome parental figures on TV, but today I wanna focus on the mothers.

As I grew up watching these sit-moms try to bring their children up right, they taught me plenty of life lessons, too, and I credit them for helping me develop into the moderately stable, television-addicted grownup you see before you. Here are all of the fictional ladies who helped show me the way, with awesome illustrations by Suzy. 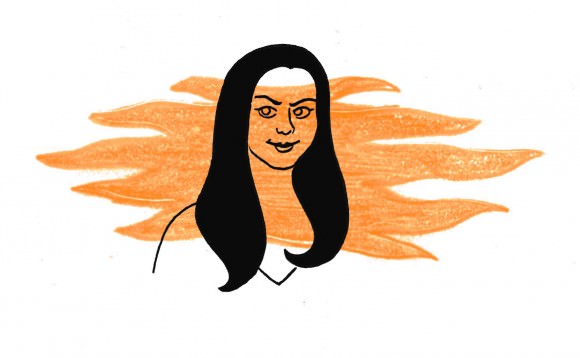 Morticia Addams, The Addams Family, 1964–1966
Morticia’s the kind of mom who’s all about doing things her way. Even if her parenting style might seem a little scary, you have to give her mad credit for her creative problem-solving techniques, an impressive number of which involve actual live bats. While I don’t condone her creepy-crawly-based disciplinary tactics, Morticia’s a great example of a woman who doesn’t give a hairy eyeball what other people think of her, and that makes her totally awesome.

Words of Wisdom: On discipline: “I prefer a punishment that will leave an impression on her mind. For the next two weeks, you are forbidden—absolutely forbidden—to play with your pet spider.”

Notable Mom-ent: Disappointed with the fairy tales her children are taught in school, in which poor, sweet goblins and ogres are slain, Morticia decides to write her own book of stories with titles such as “Cinderella the Teenage Delinquent.” 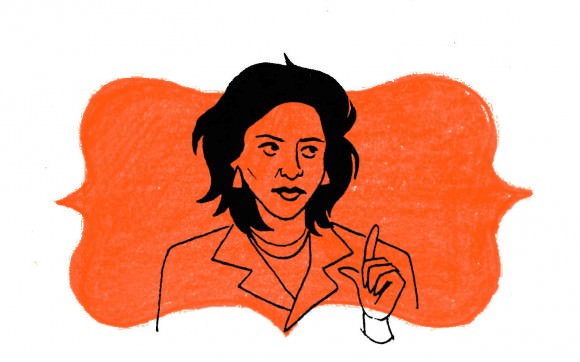 Clair Huxtable, The Cosby Show, 1984–1992
Clair is one of those moms that you always want to be on your best behavior in front of—not because you’re scared of getting in trouble, but because she’s so smart and boss that you don’t want to disappoint her. And she’s pretty much always right about everything.

Words of Wisdom: On menstrual myths: “I will not have my children running around thinking they cannot go to the beach because they will attract sharks.”

Notable Mom-ent: Clair memorably HANDS IT to her daughter Sondra’s boyfriend when he acts like a sexist jerk and asks her why she’s “serving” her husband coffee. Watch it and try not to burst into applause for Queen Clair. 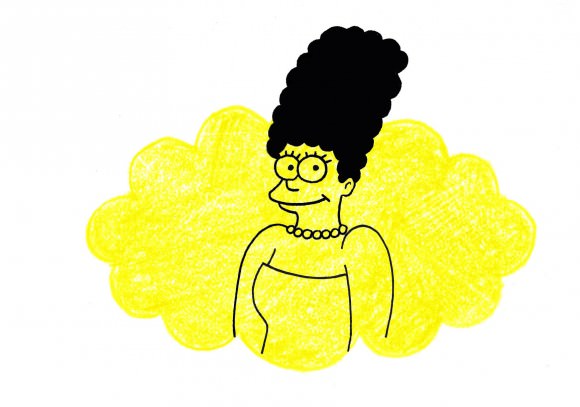 Marge Simpson, The Simpsons, 1987–present
Marge’s big heart and willingness to change her mind when she’s wrong make her both a great character and a great parent. What other mom would agree to take her eight-year-old daughter to a sophisticated jazz club just to show she cares about her interests?

Words of Wisdom: On not being cool: “Good. I’m glad. And that’s what makes me cool—not caring. Right?”

Notable Mom-ent: Marge initially tells her daughter Lisa that she should pretend to be happy for the sake of being popular, but later decides that it’s more important for Lisa to be herself, even if that means expressing her sadness. MARGE FOR HEART-PREZ, you guys. 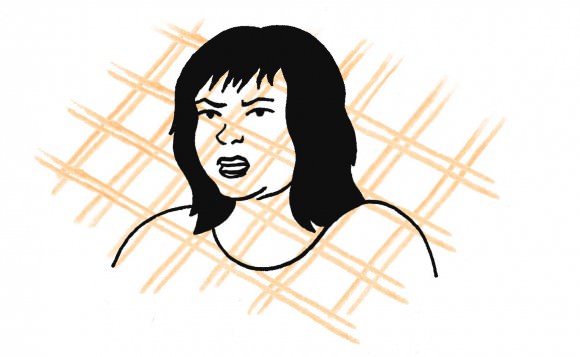 Roseanne Conner, Roseanne, 1988–1997
Though Roseanne might appear to be a hardass, she’s always got her kids’ best interests in mind. But just when you fear she’s getting soft, she’ll casually threaten to murder whoever might be annoying her at the moment or get stoned and lock herself in a bathroom.

Words of Wisdom: On improvising recipes to feed a family of five on a budget: “Now we need cornflakes. How else do you think we’re going to turn two pounds of ground round into 11 pounds of mouth-watering meatloaf?”

Notable Mom-ent: When her oldest daughter, Becky, comes to her seeking birth control, Roseanne TOTALLY FREAKS OUT, but comes around and is actually pretty cool about it in the end, setting a good example for strict-but-sweet moms everywhere.

5. The “Holding You to the Highest Standards” Mom Figure 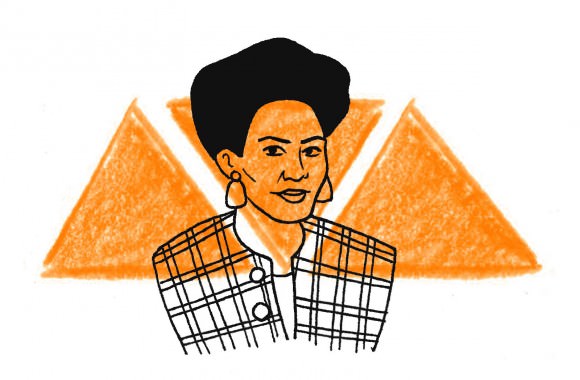 Hyper-educated Aunt Viv has not only a UCLA doctorate (most likely for kicking ass and taking names), but also an unshakable moral code. Viv never lets her children (or nephew Will) cut corners or take the easy way out, especially if, like Will, they’re prone to doing things like getting in fights on playgrounds (as in the show’s incredible theme song) and otherwise breaking rules while sporting fabulous neon wardrobes.

Words of Wisdom: On the civil rights movement: “Will, baby, you can read that book, you can wear the T-shirts, you can put up the posters, and you can shout out the slogans. But unless you know all the history behind it, you’re trivializing the entire struggle.”

Notable Mom-ent: When Will attributes his failing history grade on his school curriculum’s lack of diversity, Aunt Viv persuades him to petition the faculty to add a black history class—and then takes up the teaching position herself (and cements herself as the TV aunt of my dreams). 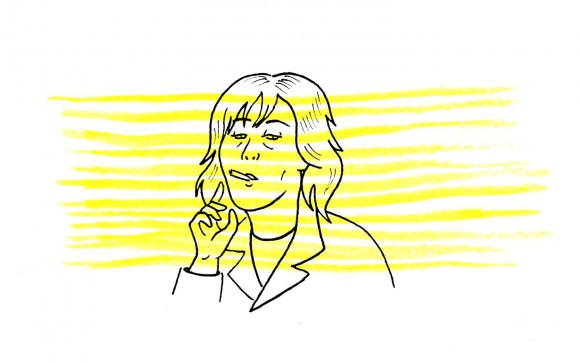 Lois (no last name), Malcolm in the Middle, 2000–2006
Lois often resorts to extreme, if not totally weird, tactics to come out on top as a mother and as HBIC. Even when her goals are petty, her plots are masterful—like when she sabotages the other PTA moms just so her brownies will be judged best at the bake sale.

Words of Wisdom: On getting her four sons to behave during the holidays: “I am not canceling Christmas, I’m just holding it hostage.”

Notable Mom-ent: In one episode, she gets the kids to volunteer at a church charity drive. When she finds out the boys have been reselling some of the donated items, she doesn’t ground them—instead, she just gives away all of their possessions. 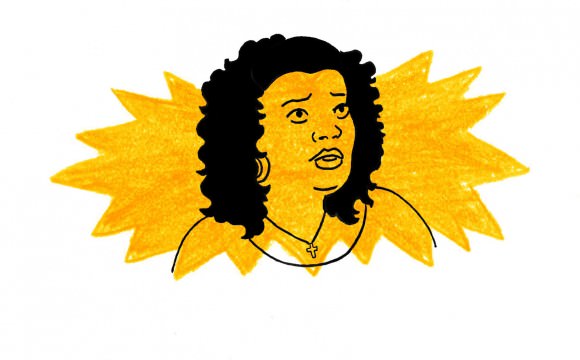 Shirley Bennett Community, 2009-present
Shirley sometimes resents being treated as the mother figure in her group of adult friends, but always rises to the occasion when it counts. She’s firm in her beliefs, but endlessly empathetic toward her crew. Her husband happens to be played by Malcolm-Jamal Warner, aka Theo from The Cosby Show, bringing the awesome-sitcom game full-circle. She also makes a mean sub sandwich, which makes her virtually impossible to dislike.

Words of Wisdom: On using her sons’ names to showcase her own personality and tastes: “That’s Elijah, like the prophet, and that’s Jordan, like the 14-time NBA all-star.”

Notable Mom-ent: While hosting a holiday party, she learns to embrace her friends’ religious differences and sets aside her strident Christian beliefs to compose a non-denominational version of “Silent Night”: “Round yon purchase of decorative things / Tolerant rewrite of carols to sing.” 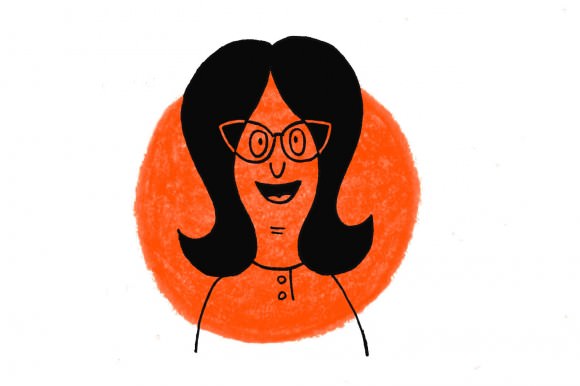 Linda Belcher, Bob’s Burgers, 2011–present
Linda takes an enthusiastic approach to everything, from parenting to co-running the family business, and usually writes a song (or an entire murder mystery musical) to suit each thing she does. It’s hard to pick a favorite Belcher, but if I absolutely had to choose, I think Linda might take top burger.

Words of Wisdom: On moderation: “Mommy doesn’t get drunk. She just has fun.”

Notable Mom-ent: Although there’s nothing she loves more than chaperoning her children’s school trips to the museum, she also makes time to help its striking workers by coming up with union-supporting chants like “Shake your hips, wiggle your butt, drop your pants, pick them back up!” There’s pretty much no arguing with parental wisdom like that, my friends. ♦