Shouldn’t I GET OVER IT already and give them a call?

Friday Playlist: Music You Can All Agree On 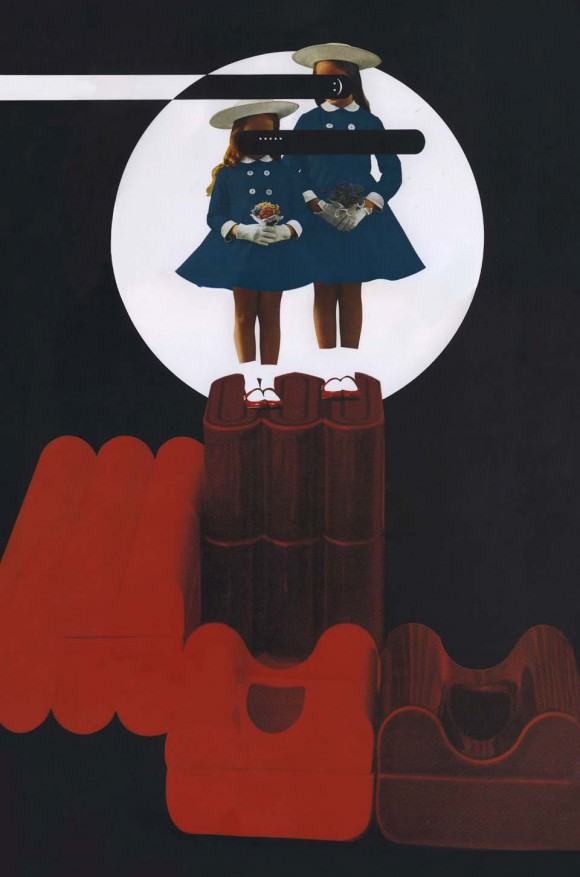 My brother, Cory, is a year older than me, and even though we had the normal sort of minor sibling rivalry that comes with the territory when you are two completely different people forced to live in close quarters, we were always close growing up. Our single mom worked, so we were usually alone after school, and we used that time to invent constructive and destructive ways to amuse ourselves. I remember the time we made a spider-web city in our living room by taking every spool of thread out of my mom’s sewing drawer and criss-crossing it from one end of the living room to the other, wrapping thread around the entertainment center, framed photos, and anything that wasn’t nailed down. We were really proud of our creation and the fact that you couldn’t get through the living room unless you knew how to navigate a laser maze, but my mom flipped out when she got home—she yelled, “WHAT ARE YOU DOING,” then got a really exhausted look on her face and told us to start cutting it down. Sometimes we would ride our bikes around the neighborhood until Cory would spot one of his friends and speed away to catch up with them, leaving me behind with the unspoken understanding that wherever he was going was a No Little Sister Zone, which broke my heart. I felt like it meant my brother didn’t like me, like all the fun we’d had together had only been fun for me, and meanwhile he’d just been humoring me until he found cooler people to play with. I was seven or eight and didn’t yet have any close friends of my own, so I felt abandoned and very much alone.

I was jealous of his peer-to-peer friendships, and of so much else about him. Cory was cool and popular. He ran track, went to parties, and high-fived all of the other popular, cute guys in the hallways of our school. I didn’t want to be popular, but I resented that his status as a popular person meant he had less and less time for his increasingly dorky kid sister, who read weird books and dressed like Blossom and watched Heathers every day for two years. He outgrew me, and I was left by myself with my childish hobbies and my whimsical hats. To get back at him, I took every opportunity to sabotage his cool new life. I took great glee in ratting him out to all the girls he was juggling, telling his girlfriends that he’d tied up the family phone all night talking to other girls. When I found a tiny bag of weed that he must have dropped in front of his bedroom door, I almost sprained my ankles running to give it to my grandparents, in the hopes that he would be grounded until he turned 18. Sometimes I just punched him—as hard as I could, on his arm—when we were walking side by side into school. He would immediately punch me back, and I would cry that he shouldn’t hit a girl, which is stupid because I totally started it.

Cory is still cooler than me, and he looks exactly like Drake, while I look exactly like no one famous, but our relationship is a lot better now. We live on opposite coasts, but we call each other every couple of months to talk about our jobs, our marriages, and his kids and to plan the next time we’ll see each other. I wouldn’t say we’re terribly close, but we have a good relationship and built a lot of memories together. When I think about the word family, he’s usually the only person that comes to mind, which is not entirely fair—I have a mom, an aunt and an uncle, cousins, great aunts and uncles, and lots of extended family. I also have three younger siblings, though it doesn’t feel like I do. They are complete strangers to me.

It’s difficult to talk about my family. As a child I didn’t get along with any of them except for Cory, our grandparents, and an aunt in California whom I never saw. As an adult, I realized I was happier when I wasn’t in contact with most of the people I’m related to, so I stopped speaking to them. This is always a hard thing to explain to people. The long and short of it is that my mom met someone when I was seven. Three years later they were married, with a one-year-old baby. Her husband wasn’t nice to Cory and me, so we went off to live with our grandparents. I was 10; I never lived with my mother, her husband, or their kids again. As a result, I never really got to know my baby brother, nor the two other kids who would come along after Cory and I moved out.

I left town as soon as I’d graduated from high school, while Cory stuck around for 15 more years and would still see our siblings from time to time, so he knows them better than I do. Though they’re not close, he is in touch with them enough to report their major life events to me: graduations, new jobs, new apartments. But my knowledge doesn’t go any deeper than that. I couldn’t tell you if they drink coffee, or how they take their tea. Do they follow sports? What music do they like? Are any of them vegetarians? What are their friends like? Hell, I don’t even know their phone numbers or what streets they live on. All I know is what any stranger could learn by looking them up on Facebook.

The last time I was in a room with my entire family was five years ago. I was home to visit my grandmother, and Cory asked if I wanted to go over to my mom’s house one day to see our siblings. It had been years since I’d seen them, and I was curious about how we’d get along as adults, so I went. We hung out for three hours and had a great, if polite, conversation. As I was leaving there was talk of exchanging contact information, but then everyone was like, “Cory has all our info, so we’ll definitely stay in touch!” And then we never heard from each other.

I feel like the onus is on me, being the oldest, to make the first move. Hasn’t enough time passed for me to GET OVER IT and give them a call? We’re not children anymore—can’t we have a relationship independent of our mom? It seems possible, but to be honest, I’m scared. As a kid I felt like my mother chose her husband over me and Cory, and as an adult I realize I’ve been extrapolating her rejection of me to the whole household. But if I tried to contact them, they could reject me for real, and that scares the shit out of me. They might hate me for being such a non-entity in their lives and want nothing to do with me—I’m the one who went away, after all. I hope they don’t take my distancing myself from their parents as a rejection of them—though I realize this is kinda hypocritical of me. It’s possible we’re all just keeping to our corners, afraid of rejection from the others.

When I think about calling them, I play out a couple of scenarios in my head. The best-case one is that they’re really excited to hear from me, we spend hours on the phone talking about our current lives, and make a concrete plan that we actually keep to be in regular contact. Maybe in a few months I call my sister to talk about Scandal every week, or email my brother stupid GIFs. Perhaps I could do things for them that no one ever did for me when I was their age, like send them care packages or just call to make sure they’re not too stressed out about jobs or school or life. The worst-case scenario is that I call and they don’t answer, or I email and they never write back. Possibly worse than that is they do answer, and have terrible things to say about my waiting so long to get in touch, and then I’ll have to explain how much I hate someone I think they really love (our mom). I’m triggered by my guilty feelings whenever I look at a calendar and realize it’s one of their birthdays, but I’m paralyzed by not really knowing if there’s a right thing to do in our situation. Maybe we’re all OK as is, or maybe I’m making a terrible mistake—how can I really know?

The main feeling I have about them isn’t exactly guilt, though. The rational part of me realizes that our age differences and the fact that I only ever lived with one of them, and that was only for a year, is the reason we’re distant. I know that none of this is my fault. There’s this indefinable space, though, between rational and emotional that’s filled with thoughts about them. I wonder who they are, what their childhoods were like, and whether their father treated them better than he treated me and Cory. This not-quite-guilt feels like a little rope tightening between my heart and my stomach, or that feeling that nags at you when you know there’s something you were supposed to do today but you can’t remember what it is.

All of this is why I tend to get flustered and fumble my answer when some stranger at a party or a co-worker asks, “How many siblings do you have?” “I have an older brother,” I usually begin. “Well, uh, I actually have three brothers, but I, uh, only grew up with my older brother—I mean, like, I have a sister, too, but I only really talk to my older brother, I guess, and only sometimes?” At this point their eyes have glazed over as though I’ve been explaining the physics behind the space jump. Why isn’t there an easier way to explain my situation? “Siblings I don’t know” raises more questions than it answers. “Estranged” makes it seem like I had some personal rift with them, and it doesn’t quite convey the depth of our circumstances. I think my family is just a bunch of parts that never made a whole, the way grease floats on top of water in separate blobs. My job isn’t to force us together, but to find a way to function on my own. ♦