Grimes on veganism! A new pressing of the White Album! “The Oral History of Female Drummers!” And so much more. 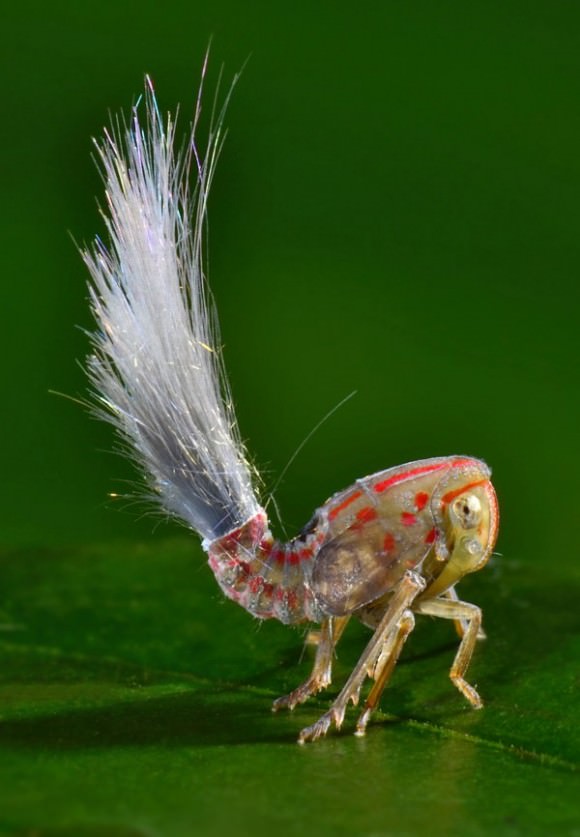 Photo of the TROLL-HAIRED MYSTERY BUG (!) by Trond Larsen.

I am feeling deeply inspired by every aspect of this newly discovered bug species from Suriname—the iridescent silver New Wave hairstyle, the pink and gold motif on its spindly legs, the way you can’t tell which end is its head and which is its butt. Defs my new spirit animal.

This story made me so incredibly angry I felt like I needed to do some primal scream therapy by the end of the first page. Cops in the Miami area got busted terrorizing African-American residents with extreme–beyond–measure stop and frisk tactics after a shop owner installed a bunch of video cameras in his store to document the harassment of his employees and customers. One of the employees was picked up for “trespassing” on the store’s property 62 times, despite that he wasn’t trespassing—he was working his shift there. 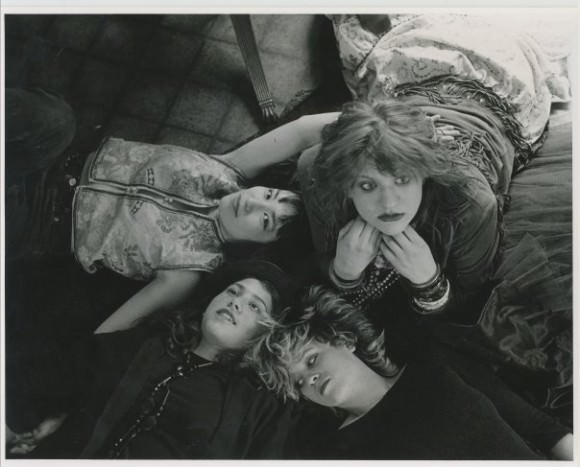 Note to Babes in Toyland fans: Kat Bjelland is alive and well—and in need of new band members. In this interview, she talks about her earliest beginnings with Courtney Love, the tail end of Babes, and what she’s been up to now. Perhaps best of all, the piece previews her new stuff! One of the other highlights is her talking about when she first moved to Minneapolis and saw Dave Pirner from Soul Asylum, who were then young gods of the scene, at a show: “I remember I went down to First Avenue—I didn’t know anybody—and I would get a little bit drunk, and I saw Dave Pirner. I decided to stalk him for a minute, and I went and kind of badgered him, like, ‘My band is gonna kick your band’s ass.’ And he was so polite…he goes, ‘Oh, OK, what band is it?’” I go, ‘I don’t have one yet, but it’s gonna kick your band’s ass.’ AND THEY DID, DEAR READER, THEY DID.

This story about the pianist Daryl Davis just got more incredible as it went. I don’t want to spoil it, but here’s the beginning: “Davis is not only a musician, he is a person who befriends KKK members and, as a result, collects the robes and hoods of Klansmen who choose to leave the organization because of their friendship with him.”
Laia

The Oral History of Female Drummers was put together by Tom Tom Magazine, a publication devoted entirely to girl drummers, and it’s super cool and inspirational. The performance dispersed female percussionists throughout MoMA’s PS1 Museum in Queens, NY. As they played, a beatboxer walked around and had “conversations” with them, aka mini-jam sessions between her voice and their drums, and it’s 100% AWESOME. The sweet sounds and cool vibez got me thinking that maybe one day I’ll get off my ass and actually learn how to play the drums myself!
Arabelle 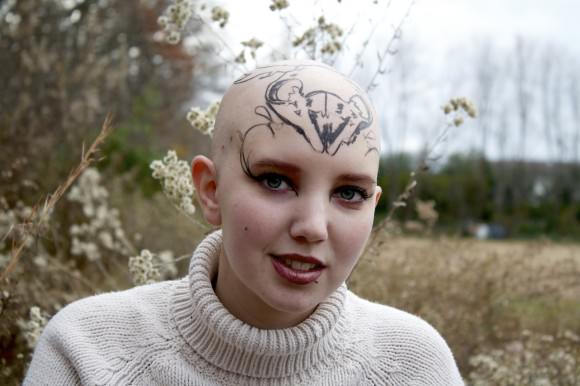 Nikki looking like a total babe. Photo via I Don’t Know Anything About Breast Cancer.

I am really obsessed with/in awe of Nikki, a 23-year-old babe who was recently diagnosed with breast cancer. She recently began a photo project where she explores her relationship to her body, her chemo, and makeup, and the results so far have blown me away.
Rachael 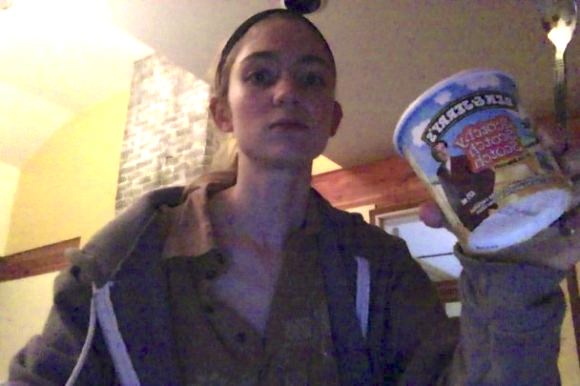 Grimes and her beloved ice cream, via her Tumblr.

Grimes identifies as vegan, but when she found out about a new Ben & Jerry’s flavor and dared to tumbl about it, she drew some very harsh criticism from the type of vegans she refers to as “dogmatic assholes.” Her response to them was AMAZING. As a vegetarian myself, I’ve experienced some of the same criticism that she’s received—certain parts of the vegetarian community can feel bullying, with its members assuming that if they yell loud enough, you’ll become just as “compassionate” as they are. But Grimes takes a different tack. You really should read the whole thing, but this paragraph says it all: “I would like to fully encourage everyone to be vegan rather than scare them away. I love being vegan…that said, I also occasionally enjoy things I used to eat because it makes me feel good and I am less discouraged about not eating those things the rest of the time.” I fully endorse Grimes’s brand of welcoming veganism—if you want to do something good for the world and for yourself, you shouldn’t be scolded for that.
Rose

Friday was the 45th anniversary of the release of the White Album by The Beatles, which happens to be the first non-compilation CD I ever owned. For the last few years, artist Rutherford Chang has been trying to buy every numbered first pressing of that album that he can find. The resulting show, “We Buy White Albums,” resembled an actual record store, but one that only sold a single LP, in various conditions, from pristine whiteness (its original state) to rainbow-markered to gray. Just in time for the White Album’s birthday, Chang has released the audio component of his project: a track that layers the album from hundreds of different pressings. LISTEN TO THIS THING. IT’S ASTONISHING. It starts out with the familiar sound of “Back in the USSR,” but as the album progresses, the natural inconsistencies and inevitable wear on the vinyl gradually causes the songs to go out of sync, creating echoey choruses, unfamiliar rhythms, and general Wall-of-Sound awesomeness. You can also own a piece of Chang’s project– he’s selling pressings of this track (packaged with an awesome cover and poster) through his website and, if you’re near New York, at the WFMU record fair this weekend. I already bought mine.
Brodie 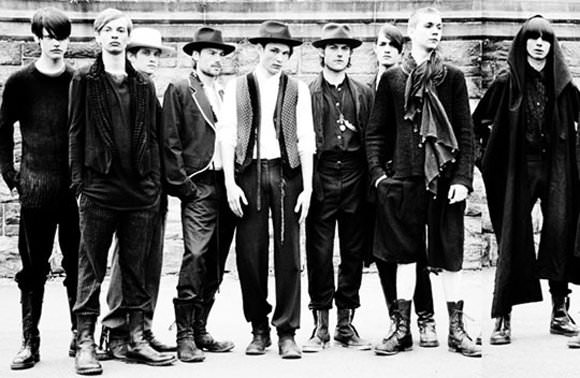 Some of the designer’s work via Oyster.

This week, one of my favorite designers, Ann Demeulemeester, left admirers of her brand wallowing in darkness that was different from the usual innovative, black pieces that she creates—the aftermath of her decision to leave her label after 26 years of making masterful, dark clothing. Her reasoning was that she had done all that she could, and that she had to leave the label in order for it to grow. We’ll miss you, Ann; thank you for everything. And good luck to the label in its future endeavors! ♦