Plus some Arcade Fire gorgeousness, mind-blowing portraits of cosplayers, and MARRIAGE EQUALITY IN ILLINOIS! 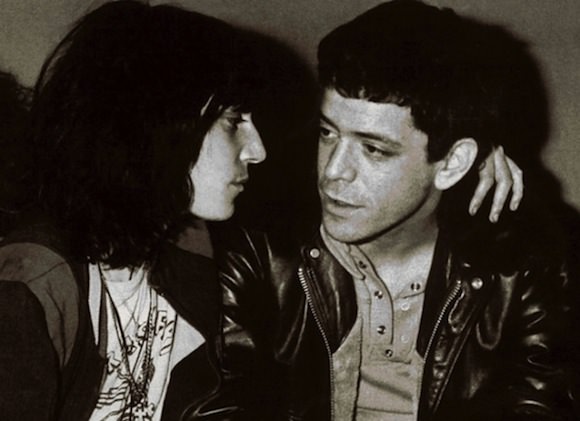 Of course Patti Smith wrote something absolutely beautiful in honor of Lou Reed. “Lou brought the sensibilities of art and literature into his music,” she says. “He was our generation’s New York poet.” So lovely.
Emma D.

Here’s a live music video for Arcade Fire’s performance at the YouTube Music Awards ceremony. It was directed by Spike Jonze and includes a dancing Greta Gerwig, which gives you two good reasons to watch it RIGHT NOW.
Lena 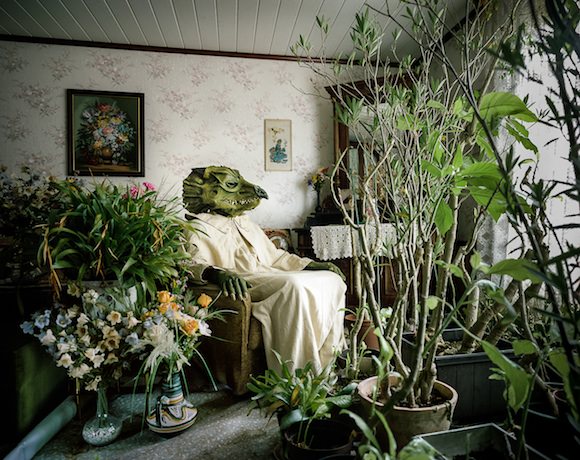 Wired posted some of the portraits photographer Klaus Pichler has been taking of Austrian cosplay enthusiasts at home and dressed up in the costumes of their choice. The photos are beautifully composed, and the contrast between the costumes and the ordinariness of the houses is cool, but the thing I love most about these is that there is almost no way of reading how these people feel. A lot of them look lonely—sitting in the bathtub by themselves, or at the kitchen table—but it could actually be the best day of their lives! We’ll never know, but what I do know is that the resulting pictures are totally gorgeous.
Julianne

Last Saturday, a 19-year-old African-American woman named Renisha McBride had a car accident in the mostly-white Detroit suburb of Dearborn Heights, Michigan. Her cell phone had died, so she went to a house nearby and knocked on the door; the man who lived there apparently thought she was trying to break in and shot her in the face. Renisha died on his porch, yet the person who shot her has not been arrested or identified. This week, activists and community leaders in the area staged a protest at the Dearborn Heights police station seeking justice for McBride. The writer/director dream hampton was there to document it, and you can watch her footage above.

Lorde turned 17 this week and spent it as wonderfully as I would hope for anyone on her 17th birthday: spreading and receiving magic and fulfilling her dreams. She wrote a lovely Tumblr post about how she was going to walk around listening to Stevie Nicks and think: “I don’t even know what I’m trying to say, just attempting to reflect on what’s going on right now. I’m already thinking about the next project, about reinvention, and personae, and theatricality and subtlety, and simplicity and complexity. And strength.” Related: While Lorde was in New York City this week, New York’s new Mayor-Elect, Bill deBlasio, walked out to make his acceptance speech to “Royals.” Such a good choice.
Stephanie 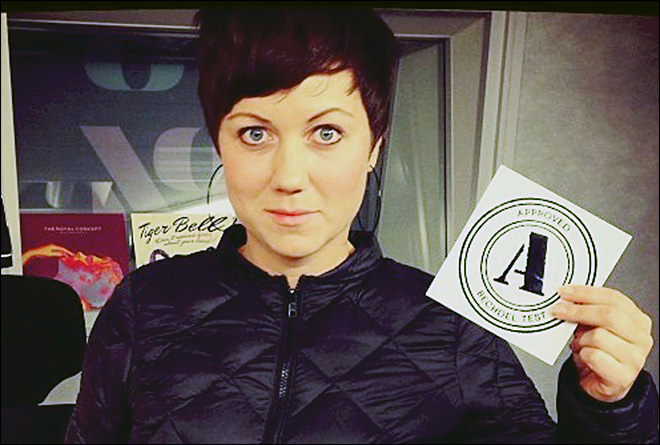 Ellen Tejle, the director of a Swedish art-house theater, putting movies to the (Bechdel) test. Photo via the Associated Press.

Swedish cinemas are launching a feminist movie-rating system based on the “Bechdel test,” which originally came from an idea cartoonist Alison Bechdel had in 1985: To get an “A” rating, a movie must feature at least two named female characters who talk to each other about something other than guys. Seems like that should be pretty easy, right? Um, yeah, but a LOT of major Hollywood blockbusters, including all of the Lord of the Rings movies and all but one of the Harry Potter movies, fail. The system has its critics, of course, but I’m interested in seeing how movies rate—and seeing the A-rated ones!

Way back in February on Saturday Links, I was thrilled to report that the State Senate in my home state of Illinois had voted to approve a marriage equality bill. Like many Illinoisans, I’d really hoped the bill would sail through the state House of Representatives and be signed into law IMMEDIATELY. Well, when I left Illinois for Washington (which, happily, approved marriage equality this time last year) in July, it STILL hadn’t passed and I was feeling pretty frustrated with the Illinois government. But on Tuesday, lawmakers FINALLY approved the bill, which the governor plans to sign and will go into effect next June. It’s about time, Illinois! I’m beaming with pride and celebrating for you in Seattle!

A huge marker of writing success is the New York Times bestseller list. I write young adult novels—a category that is largely thought to be dominated by women, especially since some of the most successful authors, like Stephenie Meyer and Suzanne Collins, are female. But this week, Stacked Books took a closer look at the NYT list and discovered that women are not dominating it in the way they are perceived to be. So, my Rookie scribes, keep writing those future bestsellers!
Anaheed

Some unnamed writer at something called ViralNova was told by a friend to look up a specific longitude and latitude on Google Maps. This is what they saw: 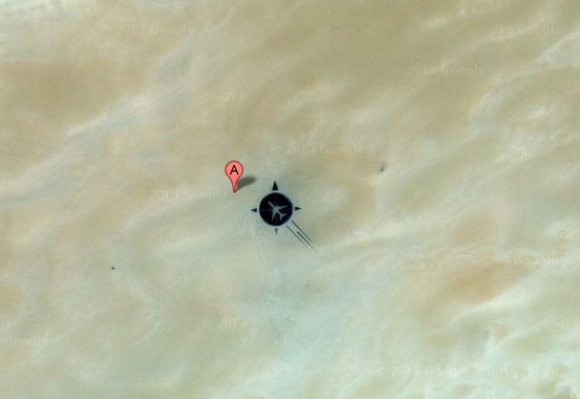 What’s that? A symbol that probably means there’s an airport or something there, right? Weird that it would be there in the middle of the desert, with no visible roads leading to or from, but if you’re like me you’re like, “I’m sure there’s some boring explanation for it” and you move on. Luckily, the afore-not-mentioned writer decided to investigate, and I don’t want to tell you ANYTHING about what they discovered; I want you to read it for yourself, here.

Montgomery Jones and some of the other ladies at SPARK have started a petition to ask H&M to use plus-size mannequins in their stores.
Emma S.

Patti LaBelle and Oprah Winfrey are friends, and they are powerful women. I wish there was a television channel devoted to this! OH WAIT THERE IS. This is a clip from Oprah’s OWN Network where she interviewed LaBelle on the stage of the Apollo Theatre for no reason and it’s amazing. There are two serious highlights: The first is when Patti talks about how she likes to walk back and forth in her pool, and the second is when Patti talks about all the amazing things that Oprah has done for her, just because she likes her. Friendship and admiration are real, even for the very rich and very famous. This clip makes me feel great about my life choices thus far, and my enthusiasm for my genius friends, like all the Rookies. ♦