A premiere of a completely sick remix and an interview. 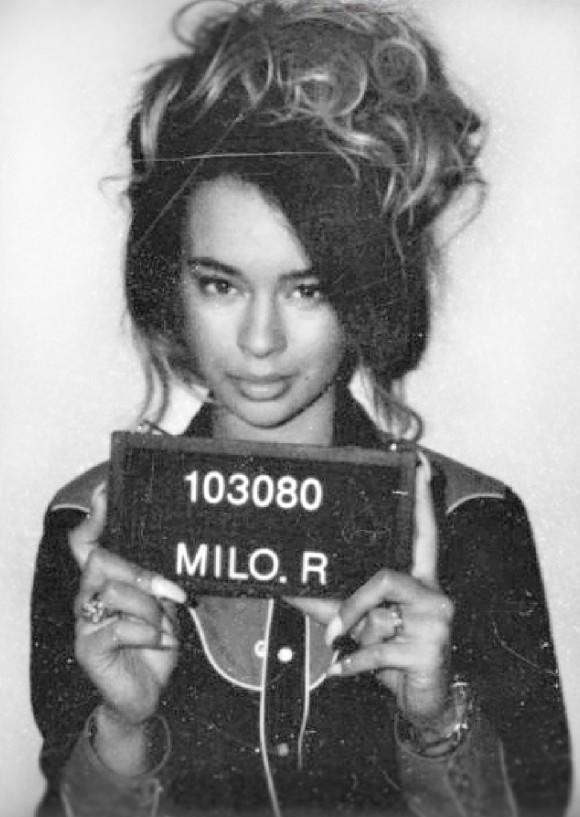 In the video for “Rats,” Rainy Milo, an 18-year-old musician from south London, rides a chopper bicycle around L.A. It’s a place she could never have imagined she’d visit just a year or so ago—until recently, she didn’t even have a passport.

At 16, Rainy switched out of regular high school to attend a famous musical academy called the BRIT School, which counts Amy Winehouse, Adele, and Jessie J among its alumni, but she quit just two years into the program after receiving an invitation to record an album in San Francisco. A year on, she’s inked a deal with a major label, put out an EP, “Limey,” and readied that San Francisco album for its release in March 2014, and if the work she’s released so far is anything to go by, it’s going to be full of woozy R&B rhythms that swirl around her remarkable voice. We caught up with Rainy over Skype to find out how she’s feeling about the debut (and a bunch of other stuff,too).

HAZEL SHEFFIELD: What’s a good introduction to your music?

RAINY MILO: Probably my new song, “Rats.” On it, I talk about London and relationships—which is normally what my songs are about, because I’m only 18 and I write the things that I know. I don’t know much, but I do know about the friendships and few relationship experiences that I’ve had. It’s a dark, poetic song and it really shows what I’m about lyrically. One of the lines goes, “Little-sister type, now your partner with opposite star signs.” It’s a take on what often happens to me with guys: When I like someone, they’ll end up saying, “Oh, you’re like my little sister!”

How did you end up at the BRIT School?

I was really into musicals, so I thought, I want to go to a school that will give me more of a chance to be creative and do performing arts. I enjoyed my time there but I didn’t stay as long as people usually do—I left after two years because it got to a point where it felt very small and competitive and I didn’t like it. I wanted to get out there and create music, rather than sitting in a classroom being taught how to create, because I don’t think you can teach people to write songs.

Did you go back into normal school after that?

No, I left school and went to San Francisco and recorded my EP, Limey. I was 16 years old.

I didn’t even know it was legal to leave school at 16!

It was! I was in the last class of students who could legally leave at 16. Now you have to stay until you’re 18. I feel so sorry for the kids in school now.

What kind of artist do you want to be?

I really look to M.I.A. and Sade. They’re both artists that have definitely taken their time with the records that they’ve made. You really get the sense that they’ve been true to themselves, which doesn’t seem to happen a lot these days. Everything is rush, rush, rush: Rush to get a record out, rush to get to number one. I didn’t want to be that kind of person. I’m not too fussy about getting a number one single. With this album, I just wanted to take my time and create music that’s personal to me, and hopefully other people can connect with it.

Tell me about where you’re from.

I’m from an area of south London called South Norwood. I’ve always lived here in a little flat with my mum and my little brother, and my grandma lives about a five-minute bus ride away from our house. She’s so smart. Any piece of advice she gave me was always right, even when I thought she was chatting a lot of nonsense, when I was thinking, Yeah, right, that won’t make any difference.

What was the best advice she gave you?

What are your big dreams for your career?

It’s not really to have a platinum record or anything like that. I’d just like to have a concrete sound. You know when you hear certain records, people are like, “Oh, that’s Amy Winehouse!” I’d like for people to say, “Oh, that’s Rainy Milo!” ♦