I spent my childhood wishing I could trade my folks in for a new set. 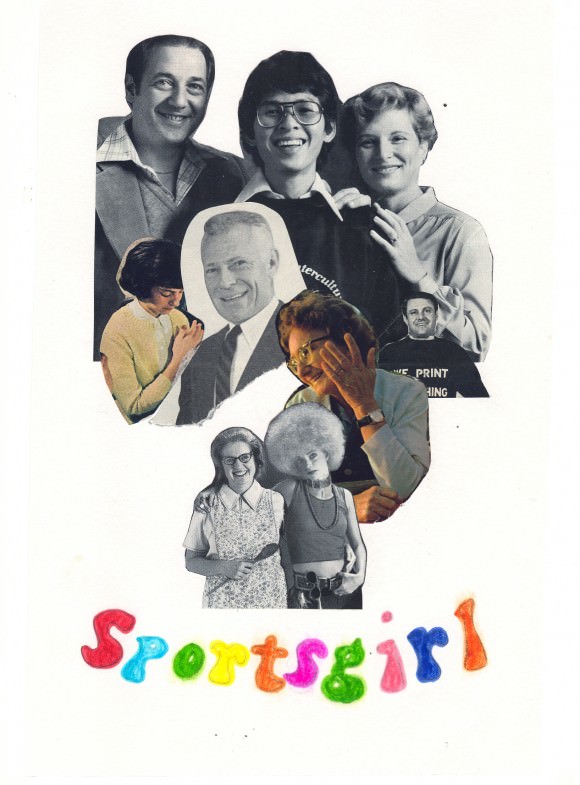 It’s been more than 20 years, but I still remember everything about my first sleepover. It was at my friend Felicity’s house; we were around 10 years old. My strict parents had never allowed me to stay overnight at anyone’s house before, and I was really excited. Everything about Felicity’s house seemed strange and exotic in the most alluring way: There was candy in the kitchen cupboard, where kids could reach it. When she spoke to her parents, Felicity addressed them by their first names, and when I was encouraged to do the same, my eyes just about fell out of my head. We watched The Witches, the scary movie based on Roald Dahl’s scary book, with her dad, and then, like it was no big deal, watched music videos afterwards. And when we went to bed, Felicity’s mum tucked us in like parents do in stories. As she patted and pulled the sheets around me, I felt like I was going to sleep on a dreamy cloud of perfect childhood. For a night, these were my new parents—and I loved it. Felicity’s house was like a weird fantasy land where adults and children were almost equal.

In my house, the hierarchy was crystal clear. We called our parents Mum and Dad; to our friends, they were Mr. and Mrs. Tang. Sweets were banned in our house—the only time I remember getting to buy a chocolate bar was when my mum’s car broke down on the way home from school and I begged for one from a nearby convenience store. On normal days, my little sister and I had to drink gross-tasting health smoothies and do extra homework after school. We were dropped off at school an hour early every day so my parents could get to work on time. Sitting on the stoop of my classroom, I’d try to hide my embarrassment at being the only student there as teachers started arriving. Why were my parents doing this to me? No one else had to wait by themselves like a loser. Adding insult to injury, I had to watch other parents drop off their kids on time, seeing them off with a hug and an “I love you”—a phrase we never heard from our folks.

When I was in seventh grade, there was one item of clothing that every girl had to have, or risk social embarrassment: It was a white T-shirt with the brand name Sportsgirl embroidered on the front in rainbow colors. If I wasn’t the only girl in my class who didn’t have one, I definitely thought I was, and my mother never bought me that all-important garment. My mother picked out all my clothes for me, andI never had any say in what I wore.

School uniforms were expensive, so our mum bought ours several sizes too big, so they’d last for years. I never grew into mine, so for my entire high school career my skirt fell to the middle of my calves while everyone else hacked theirs into minis. When I asked my mom if I could shorten mine too, she looked at me like I was crazy. I never asked again. And when I started earning a little money after school, I’d buy clothes on eBay and have them delivered to a friend’s house so that my mother wouldn’t see the packages. She thought vintage clothes were “dirty” and “bad luck.”

She inherited those beliefs from her own mother, which is where she got most of her parenting ideas too. My parents were both raised in Malaysia and immigrated to Australia as adults. And while they adapted easily to their new country, they saw no reason to adjust their notions of how children should be brought up. I’m sure if my sister and I had been raised in Malaysia, my parents’ strict ways would have seemed normal to us, and not especially restrictive. But it was hell to be the only kid who didn’t get an allowance; who had to work at her parents’ tutoring business instead of going out on weekends or finding a cooler, more personally fulfilling job; who wasn’t allowed to go to sleepovers (that night at Felicity’s was a dreamy exception because our parents were friends); whose parents never said “I love you.”

I spent a lot of time as a kid envying my friends for having what at the time I considered “real parents”: the ones who tuck their kids in bed at night and buy gifts for their children and let them have sausage rolls at lunch. When my friends would mention the video game consoles and flavored milk they had at home, my insides would screw up with misery. When they got excited about Santa Claus or the Easter Bunny or the Tooth Fairy, I wanted to weep for my own lost childhood, even as I was living it.

As I got older, I resented my lack of freedom even more. Why did I need my parents’ approval for every single new thing I wanted to try? Why couldn’t they relax? Why couldn’t they understand that we weren’t in Malaysia anymore? When things got really bad, I would wish them out of my life. I wished I could trade them in for the kinds of parents my friends all had.

Looking back now, I can see my parents’ side of things a bit more. They grew up in such a different place than the one they were raising me in, and it must have been hard not just to adjust to these new mores, but to even understand them. There was no Tooth Fairy or Easter Bunny or Santa Claus in Malaysia. If a child called an adult by their first name there back then, it would have been seen as a sign of disrespect. Both of their families were huge, and it was necessary for all the kids to work—and I imagine that going to work probably felt like empowerment, even freedom. Taking all this into account, I see my childhood in a new light. And it doesn’t look quite as bleak as it felt at the time. While I wasn’t allowed out late at night, I had the occasional sleepover at my house. We may not have had Santa Claus, but my parents let me play Tooth Fairy for my little sister when I wanted to give her a surprise. Though I wasn’t allowed to eat the sausage rolls and pies served by the school cafeteria, my mother packed our lunchboxes with delicious homemade foods like noodles or smoked salmon—and thinking back, I can see that my classmates looked as envious of my lunches as I was of theirs. And when I asked my sister recently if she remembered ever being tucked into bed by our parents, she reminded me about the “wheelbarrow” game Dad would play with us: When we’d finished brushing our teeth, we’d get on all fours and he would lift our legs off the floor and “wheel” us to our bedroom. We’d pad to bed on our hands, giggling and squealing. Forget being tucked in—that was so fun!

So many of the things I longed for from my parents seem unimportant to me now. Did it really matter that I didn’t get to eat junk food? It doesn’t feel that way now. I was probably the only person who thought it was weird for my friends to call my parents Mr. and Mrs. Tang; I’m sure my friends didn’t give it a second thought. And not having a Sportsgirl shirt in seventh grade doesn’t seem to have done any permanent damage to me, socially or otherwise.

I moved out of my parents’ house when I was in my mid-20s—and as soon as I did, they loosened up. Maybe they were finally satisfied I hadn’t become some kind of raging miscreant, or maybe it was an “out of sight, out of mind” situation, but they stopped trying to oversee my every action and decision. When I visit them now, their freezer is full of ice cream and the cupboard full of chocolate. I’ve changed, too—I love those weird green health smoothies my mother makes, and I happily try any new combo she suggests.

One thing they haven’t loosened up on, though, is something they’ve always been great at, but that I haven’t been the best at appreciating, which is supporting me in following my dreams. From this angle, my childhood looks really different—it doesn’t seem like a period of cruel and arbitrary denial, but rather a time when all of my needs were fulfilled and nurtured. When I was little, there was nothing I loved more than reading. I’d always be making trips to the library and staying up late to finish a book. And now that I’m not longer resentful of my parents, I can clearly remember how much they encouraged my passion for reading. They may not have bought me status T-shirts, but our house was full of books they’d bought just for me. Unlike many of my friends, I was rarely told to close my book and go to sleep when it was past midnight but I really, really wanted to finish whatever novel I was reading.

I think that no matter how awesome your parents are, there are always some things you’d like to change about them. I think most people have moments where they even wish they could trade their folks in for a new set. It’s as common as wishing for a pony. But in my case, the picture I had in my head of the “ideal parents” obscured what was right in front of my face: the great parents I actually had. They may have never said “I love you,” but I always knew they did. ♦