She was my first feminist hero (besides my mom). 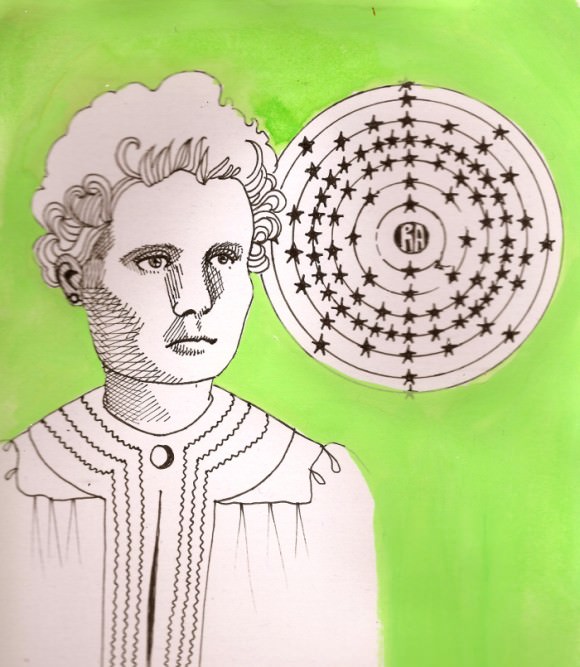 Before I heard about Susan B. Anthony or Gloria Steinem or bell hooks, before I’d learned about the Nineteenth Amendment or the Equal Rights Amendment or Title IX, I knew about feminism, because of my mother. When I was about six years old, I asked her why she spent all day working instead of staying home and being a mom like some of my classmates’ mothers and so many of the moms in books and movies and on TV. She explained that she believed that being a woman shouldn’t limit her ambition, whether that was to be a lawyer (which she was/is) or to stay at home as a full-time parent. She also told me about all the shitty treatment she’d had to endure to get where she was: men making comments about her body in business meetings, being accused of fraud for getting pregnant after she’d been hired by a big law firm, having everyone around her assume she couldn’t possibly be smart enough or tough enough to compete at the highest levels of her business. Everything she had achieved—awesome clients, good money, a corner office with her name on the door—was a kiss-off to everyone who told her a woman couldn’t do what she wanted to do. She felt like she deserved at least a chance to see if she could, and that so did every other woman—and that, she explained, was what feminism meant to her.

When we had that conversation, no one had told me yet that boys are supposed to be better at science—one of my favorite subjects at school—than girls. I was obsessed with dinosaurs and archaeology, and I loved the idea that the rocks under our feet have stories to tell, that the whole world is filled with secrets that humans have yet to uncover. I decided that when I grew up I’d be an archeologist or an inventor, someone who figured out ways to make known some of the universe’s unknowns. My mom didn’t know much about science, but she predicted that I’d soon be exposed to sexist assumptions about women in that field, so when I was in fourth or fifth grade she left a YA biography of Marie Curie in my bedroom. I read it cover to cover, and Curie—the first woman to win a Nobel Prize and the first person to win two separate Nobels in different disciplines—instantly became my first (well, not counting my mom) real feminist hero. Her story helped me understand that science is actually an extremely creative field, shaped by personality and ideas, and that many of the great discoveries of our era were made by women who’d had to face the same kinds of discrimination that my mother had told me about. Here’s what else I learned from that book:

Maria Salomea Sklodowska was born in Poland on November 7, 1867. She was the youngest of five children—four girls and a boy. Their father insisted that all the children perform at the top of their class, but he could afford to send only one of them to a good college, and he chose his only son. Maria and her sister Bronya conspired to help each other get a higher education. The universities in Warsaw didn’t admit women, so they went to Paris, where Maria worked as a governess to put the elder Bronya through medical school; as soon as Bronya finished, she supported Maria’s education.

On her registration forms at the Sorbonne, Maria (who had gone by the nickname Manya her whole life) traded the -a ending of her first name for the more Francophone-sounding -e, to signify the very precious sense of liberty and independence she had suddenly been granted. The atmosphere in Paris was not particularly friendly to independent women—women had no right to vote, wives had no right to property or recourse in cases of spousal abuse, and the French word for female student, étudiante, was the same word used to describe a woman who was sleeping with a male student. Marie was one of 23 women out of 2,000 students enrolled in the School of Sciences; at the end of her first year, there were only two women left, and Marie graduated first in her class.

While at university, Marie met Pierre Curie, a brilliant young scientist whose affections she initially resisted in order to focus on her studies. He told her that he wanted not only to be a part of her life, but also part of her dreams of scientific discovery. They married, and after the discovery of X-rays in 1895, Marie began exploring the properties of uranium rays. Using a measurement tool invented by Pierre, she set up a series of meticulous experiments that tested the radiation strength of uranium compounds was related to the concentration of the uranium atom. She coined the word radioactivity, used to describe the energy she was recording with her equipment. Her work suggested that atoms were not, as was believed at the time, the smallest unit of matter in the universe—she hypothesized that there was, in fact, stuff inside an atom that was even tinier. This turned out to be true, which you know if you read about protons, electrons, and neutrons in seventh grade.

The academic establishment barely noticed the revolutionary ideas being published by a female student, a foreigner who had not yet finished her doctoral thesis. Pierre was turned down for a professorship at the Sorbonne, and decided to abandon his own scientific research to help Marie with her far more interesting investigations. While Marie worked as a teacher to support her growing family, the couple conducted experiments with radioactive materials—which no one knew where dangerous at the time—in a shack next to the school. They worked day and night, the shadowy lab illuminated by what Curie described as “gleamings which…stirred new emotion and enchantment, light faint fairy light.” (Pierre and Marie did not heed warnings that radium compounds could be hazardous to their health, conducting their experiments without safety precautions like gloves or aprons, and going so far as to keep a glowing vial of radium next to the bed so that they could bask in its fairy light even as they slept.) Their first daughter, Irène—who would go on to be the second woman to receive a Nobel prize—saw it differently, and complained to her grandfather that she never saw her mother because she was always working.

The couple eventually found proof for the existence of two new elements, radium and polonium, and honed methods for isolating the pure components. After Marie became the first woman in France to defend her doctoral thesis in science, their work began to attract international attention. In 1903, the fourth year of its existence, the Nobel Prize committee nominated Pierre Curie and physicist Henri Becquerel for their combined work on radiation, completely ignoring Marie’s primacy in the couple’s work. Pierre was incensed, and said he would refuse the award if her name was not added. The committee acquiesced, but at the awards ceremony, which the Curies did not attend, the president of the Swedish Academy of Sciences described Marie as a “help meet,” virtuous in “support” of her husband’s work.

The Curies did not patent the pure radium salt that they had produced in their experiments, and so they did not earn any money when doctors began using it as a treatment for acne and other skin problems. It seems absurd now, knowing that radiation causes cancer, but at the turn of the century, the glow-in-the-dark substance was touted for its therapeutic powers. Men tied satchels of radium near their testicles to increase virility (what?!) and women wore dresses embroidered with glowing green thread. Later, during World War I, nurses would use mobile S-ray units called Les Petite Curie to locate shrapnel and bullets embedded in the bodies of wounded soldiers. Later, radiation, somewhat paradoxically, became an effective cancer treatment, which is still true today.

When Pierre died in a street accident in 1906, Marie was heartbroken and threw herself into her work, returning to the lab the very afternoon of Pierre’s funeral. She was asked to assume Pierre’s chair at the Sorbonne, becoming the first full-time female professor in the history of the university. Bucking the convention of the day, she left the parenting of her children to relatives and governesses. She built a successful laboratory that manufactured radium salts for commercial and industrial use.

But then the story broke that Curie had been having an affair with younger, married colleague. The colleague’s wife found love letters from Curie to her husband and handed them over to a Parisian tabloid. The backlash was immediate: The Academy of Sciences, an elite institution in France, refused to admit Curie. When Marie was awarded a second Nobel Prize, this time in chemistry, the committee suggested she skip the ceremony because of the scandal. Her response was defiant: “The steps that you advise seem to me a grave error,” she said. “There is no connection between my scientific work and the facts of private life.” (The male colleague she’d been seeing, a noted scientist himself, received no public condemnation.)

Marie was right—her sexual behavior had nothing to do with her scientific accomplishment—but her work and her life were inextricable. Her passion for scientific inquiry had shaped her marriage, her motherhood, and the whole of her private and public identity. Even her death from cancer, almost surely caused by repeated exposure to radioactive substances, could be traced to her love of scientific investigation.

Today, 145 years after Maria’s birth, women in science and mathematics are still wildly underrepresented, underpaid, and under-supported. Marie is long dead, but her example lives on, as does my desire to spend my life uncovering a few small truths about life on Earth. ♦