We stream the new EP and a talk about how science fiction rules us all. 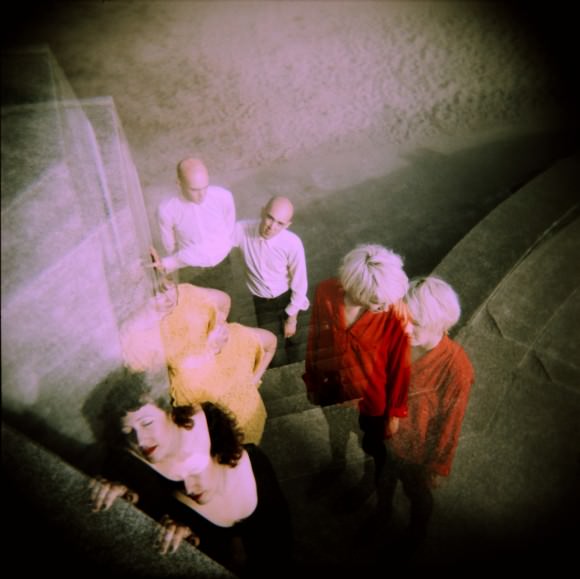 Hannah Lew, of San Francisco’s psychedelic powerhouse trio Grass Widow, has been writing songs of her own for years, and now she’s releasing music as part of her solo project, Cold Beat. We’re psyched to give you a first listen of her new EP, Worms, which she released on her own label, Crime on the Moon:

I recently got a chance to talk to Lew about sci-fi, Pussy Riot, and the importance of girls making music.

PAULA MEJIA: Why is it so important for girls to play music?

HANNAH LEW: It can be great for girls who want to create their own world and not settle for the one that’s been given to them. You don’t have to be an expert to start, and there’s room for new voices all the time. I never thought I could be in a band when I was younger, and I didn’t pick up an instrument until I was 23. With Grass Widow, we just wanted to create out own universe where we were happier, and we did!

What made you pick the bass over any other instrument?

I wanted to create my own style. I think that the bass is a pure kind of guitar—it has fewer strings, so you have to be more creative with it. It feels like the heart and soul of music to me.

How did you form your own label?

I’m really excited about Crime on the Moon! I was thinking about where to release Worms, and thought it would be really empowering to just release it myself. I decided that if I started a label, I wanted to put out things I really believe in.

The song “5772” reminds me of science fiction. Were you thinking of sci-fi when you were writing it?

The landscape of what I write is in this weird, other place—definitely sci-fi, but it’s weird space poetry. I think sci-fi allows us to imagine things we don’t want to admit in real life. It’s a really cool realm that’s outside of myself, and a realm where anything is possible.

You contributed some drawings to the book Let’s Start a Pussy Riot, which is so rad! How did you get involved with that?

I was really inspired by the Pussy Riot girls and their whole mission, including their de-emphasizing their looks by wearing masks. When you’re a girl in music, people are constantly taking pictures or videos of you—people just feel really entitled to your image, and I don’t really like having my picture taken. The image is taking the place of what I’m doing, and I don’t want to be judged on my looks, you know? I did a really cathartic experiment with a friend where I took 1,000 pictures of myself and collaged them until I felt totally separate from my image. It wasn’t really me anymore—my mind and my soul, that’s me, but the images and the reproduction were not me at all. I felt like it was in the spirit of Pussy Riot and their ideas about anonymity, multiplicity, and standing for something.

Do you have any advice for girls looking to be involved with music?

Play music with your friends! If songs come to you, you should definitely pursue them. Be yourself, and go invent new universes for us all to inhabit. ♦

Paula Mejia is a frequent contributor to SPIN, the Village Voice, and Myspace. She lives in Washington, D.C., and tweets here.