Why Can’t I Be You: Jane Pratt

Without her, we wouldn’t exist. 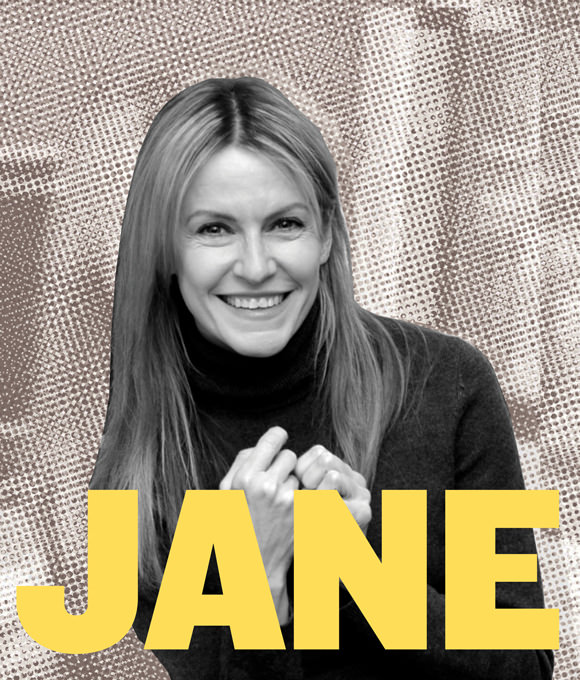 Collage by Ruby A., from a photo by Olivia Hall.

I don’t really get anxious before interviews anymore, but I was nervous about calling Jane Pratt. Her groundbreaking work, after all, has influenced so much of my own work and the very course of my life! To explain, some backstory:

When she was 24 years old, Jane became the editor-in-chief of Sassy magazine. Maybe you’ve heard of it? It was a magazine for teenage girls that was totally revolutionary when it came out in 1988. Every other teen-girl publication back then was all about dieting and “getting him to notice you,” and we DIDN’T EVEN HAVE THE INTERNET OK? and it sucked as much as you might imagine. And then Sassy came along and put Kurt and Courtney on the cover and actually said the word feminism and was deeply funny and smart and sarcastic and great. It was, in short, a magazine for teenage girls that didn’t insult the intelligence or the experiences of teenage girls.

If this sounds suspiciously like Rookie’s mission statement, it’s not by accident. When Tavi was imagining this here website, Sassy was an important reference point for, in Tavi’s words, “the whole teen-magazine-that-doesn’t-suck thing.” Jane herself was involved in the early planning days of Rookie, and her advice was invaluable—for example, it was her idea to have a group of girls from all over the place write weekly diaries for us! So I’m not being dramatic when I say Rookie wouldn’t be what it is without Jane Pratt.

Because it was too awesome for its time, Sassy was constantly irking advertisers and inspiring boycotts, and it was sold off in 1994 to a company that fired Jane and her staff and turned the magazine into another one of those bland dieting-tips-and-other-bad-advice deals. It folded two years later. Jane went on to create first Jane magazine and then xoJane, her first online publication (for which our own Emily, Hannah, and Ragini write regularly).

I was 17 when Sassy launched, near the tail end of teendom, but the magazine still meant a lot to me. I mean just the fact that all these cool-dude grunge bands that all the cool dudes I knew worshipped were granting interviews to and writing for a TEEN GIRL MAGAZINE was such an awesome fuck-you to anyone who had a hard time taking teenage girls seriously (i.e., pretty much everyone).

So that’s all why I was kinda nervous when I called her. But she was so instantly open and kind that I felt totally calm immediately. She was game for silly questions, like when I asked her to show off her superpower of instantly reading anyone’s “emotional age”—but she was also down to talk about the nitty gritty of becoming, and being, editor-in-chief of a magazine.

When Jane talks about work, her voice gets deeper. I love that about her; it means she takes what she does seriously even though she never seems to take herself too seriously. She was, in short, a delight to talk to, and we thank her for being so generous with her time and her brain, and for everything else.

ANAHEED: What does an editor-in-chief do all day?

JANE PRATT: Oh, it’s just the most fun job in the world! You get to be involved with all the different aspects of the magazine or publication you’re working on: looking at and approving photos, reading stories, giving feedback to writers. It’s really, really collaborative, which I love—you get to work with a ton of different creative people and try to bring out the best in all of them. It’s definitely not about being a star yourself; what you put a lot of effort into is bringing out the best in other people creatively, and that’s just incredibly satisfying. And then there’s usually a good portion of an editor-in-chief’s job—or at least there is for me—that is dealing with the business side of things, making sure you have enough advertising revenue to support what you’re doing (or enough subscribers, or whatever your business model is).

Did any of your classes or activities in high school or college prepare you for being an editor-in-chief?

Actually, I started the yearbook at my middle school. They had never had a yearbook at this school, so my friend and I started one. I think that was preparation for what I do now in some ways, because it was conceptualizing how the whole thing was going to look and getting photos of everybody and all that stuff. But I didn’t really do anything [relevant] in college. I didn’t even write for the school newspaper—one time I wrote a letter to them about an article they had written, but I didn’t even send it. I was just too intimidated. They all took it really seriously, and I just didn’t think of myself as a “real journalist” in that way. So nothing I studied in college prepared me for this job—although I did study sociology.

Was that your major?

I wish it had been my major, because it was my favorite subject. But I thought that I was being practical by majoring in communications. [Laughs]

We studied a lot of advertising, and other things that didn’t end up preparing me for my work. But I would say that the stuff I studied in sociology did [prepare me], and that was what I was really, really, deeply interested in.

How did sociology prepare you for what you do now?

It prepared me in the sense that I got to really learn about other people and about things that I hadn’t been exposed to before. And I think that anything you’re really interested in, anything that makes you curious to go out and figure out more and learn more about it, that’s the thing that’s gonna ultimately pay off for you. The other stuff will not be important. The other thing to know is that nobody ever, ever looks at your résumé.

Never! Right now I have 20 or so people working with me, and I don’t know what any of them studied in college.

I feel like it’s just so much more about what work you love, you know, than what you study in school. The only thing about journalism school is that you can probably make some connections there that can help you get those initial jobs.

But four years is a long time just to get some connections.

Yeah, especially when you could already be doing what you really enjoy doing.

Do you think a college degree was necessary for you to get where you are?

How was it necessary for your life?

Because it was four years where I could just really focus on what kind of person I wanted to be and figure out what really mattered to me. It’s a good four years to think about how you want to spend the rest of your life. You don’t really get that at any other time in life.