The Cruelty of Children

I thought I had escaped my fourth-grade bully. Then she found me on Facebook.

Always Starting Over: An Interview With Billie Jean King 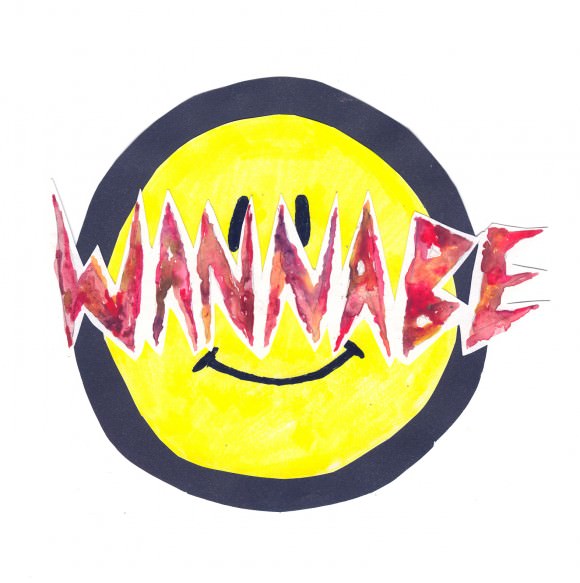 Everyone says middle school is the worst, and it is, but for me fourth grade was way worse. I lived in a fairly small town and that year I went to a super-small school. It was a one-room schoolhouse, the kind where all the kids from every grade take every class together—like in Laura Ingalls Wilder but not at all quaint. I found out quickly that the social scene at tiny schools is the same as at big schools: Every schoolyard has a scapegoat, and that year I was it. Every schoolyard has a leader; ours was Susie. She came from a big family, and her three younger brothers were there too. Together, they ruled the blacktop as a redheaded gang.

It wasn’t like in the movies—they didn’t push me in the hallway or steal my lunch money. I was never dumped into a trash can. But they said my olive sandwich looked like bugs and made them want to barf—I can still see a dirty finger pointed in my direction as they all yelled, “Ewww!” in unison. When we sang in chorus, they whispered that my voice would probably break the stained-glass windows. Before an impending field trip, one of them raised his hand and told the teacher I would not be able to attend because “dogs aren’t allowed.” He didn’t get in trouble, but I did because I yelled “shut up” at the top of my lungs, and everyone laughed at me as I shuffled off to the principal’s office.

Susie was the oldest of the siblings and the oldest kid in school; she was also the coolest and the prettiest because she had freckles and boobs and she could play the guitar and she could sew. Her brothers were cool by default just by being related to her. I spent every school day in a single room with all of them, and since our school was part of our church, we also saw one another on Sundays. And if the weather was nice and someone hosted a barbecue or a baptism celebration or a block party, I might see them seven days a week.

Sometimes, I thought we were friends. I remember one afternoon when Susie and I figured out all the lyrics to Tom Petty’s “Free Fallin’”—I can still sing the whole song today. But blood is thicker than recess; inevitably, a brother would say something about my shoes or my hair or my artwork, and she’d laugh along at my expense.

This was before social media, before bullying documentaries and celebrity support on YouTube. The adults I turned to, like my parents and teachers, told me that “kids will be kids” and encouraged me to grow a thicker skin, to stop taking it all so personally, and told me my classmates were probably just jealous of my math and reading skills. I know they were trying to help, but the message I heard was that it was my fault that I felt hurt, and that being smart was a reason for ridicule. Some adults pointed out that the names the kids were calling me—one I remember and remain baffled by was “wannabe”—were stupid or didn’t make sense. But when I tried to argue logic with the redheads and their many followers, asking again and again, “Wannabe what?” they would say, “You just ARE,” and that was the end of that. I would happily have forfeited logic for some measure of acceptance.

Despite all this discouragement, I kept on trying to fit in, always hoping that I’d eventually find the secret password to friendship. But it seemed there was nothing I could do to gain approval. I would try to talk about music, naïvely assuming that everyone loved the Christian singer Amy Grant as much as I did, only to learn that Susie and her brother preferred the rock radio station in town, which I was not allowed to listen to. I didn’t know anything about fashion or style, so I was always dressed wrong, my hair was cut into an awkward mullet-ish bob, and I had thick, dark eyebrows that became the basis of a lot of jokes. One time, our school principal—trying to do me a favor, I guess?—actually told Susie’s brothers that they would be sorry when I grew up to be pretty, and they laughed in his face. I was even told that the pizza restaurant my family frequented (Mary’s Pizza Shack) was the wrong pizza restaurant. (Pinky’s Pizza Parlor was the cool one. How could I have known that?)

At home after school, I would stand in front of the mirror and practice the genius retorts and scathing insults that I could never come up with on the spot and that I was sure would devastate the siblings and thus earn me everyone’s respect. But what I always ended up doing when confronted by my classmates was to run to an adult and cry, and the adult would make everyone mumble “sorry” to me.

The bullying never stopped. I never developed a thick skin, but the universe took pity on me anyway. In a series of nearly synchronous events, my parents finally pulled me out of that school, and Susie and her family moved to another state. At my new neighborhood public school, I made friends easily and no one called me a wannabe. Regardless, the memories of that time haunted me for years. Even after I moved away, I had nightmares wherein Susie and her brothers would track me down and mock me for who I’d become as a teenager, and then as an adult. In college, I had to keep my fingernails filed short because my dreams about the fourth grade were so stressful that I would wake up with clenched fists and bloody palms. Occasionally I thought I saw them in grocery stores or at music festivals, always together as a foursome, just like the old days. I would simultaneously panic and raise my chin defiantly, just in case it was them, and just in case they saw me. Once, I visited the state they had moved to, and I actually considered what I would do and say if I saw them on the street. It affected what clothes I packed for the trip. Seriously.

Eventually, as I came to embrace my love of reading, my mediocre art skills, and my thick eyebrows, the pain dulled to an occasional ache. The bad dreams became less frequent. I stopped practicing my vengeful monologues in the mirror. I made a lot of real friends who didn’t care where my family ate pizza and who, instead of laughing at my music taste, made me mixtapes to broaden my horizons. As an adult, I learned that being smart is an asset, that I am not as ugly as those kids had me believe, and that it doesn’t matter all that much anyway.

Then, earlier this year, Susie found me on Facebook.