Sober at a Party School

Being the only nondrinker doesn’t have to suck—here are some ways to make it better. 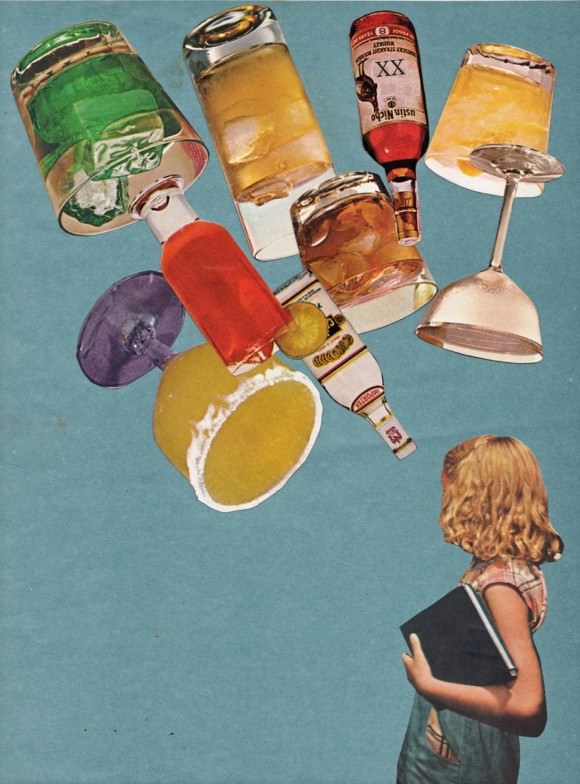 I was standing in the middle of a run-down student apartment at my first college party, feeling shy and self-conscious about how frumpy I looked in my blue hoodie, surrounded by upperclassmen awkwardly pumping beer from a keg into red plastic cups. A guy in the usual college uniform (gray hoodie, backwards ball cap, goatee) sidled up to me and asked, “So, why aren’t ya drinkin’?”

The answer was simple enough—“Well, I don’t drink”—but the reaction that followed was one I would come to dread. I’d been saying those words since I started being offered alcohol—around ninth grade—but college was the first time people seemed be bothered them. As soon as the words reached Backwards Cap’s ears, I could feel him judging me—there was a long pause, and he finally mustered a weak reassurance: “Well, that’s cool. Yeah. I really respect that!” His enthusiasm was transparently disingenuous, and he backed away moments later.

I never got used to my college classmates’ reactions to my decision not to drink, and they made me feel paranoid and isolated. Did they think I was a boring, uptight, unfun prude? Was I going to miss out on the “college experience”? I had dreamed of going to NYU or a liberal arts school like Mount Holyoke, but I couldn’t afford to make it happen, so I enrolled in the huge state university in my hometown that regularly topped every list of the nation’s biggest party schools, a status that students there repeated with pride. Keggers were a way of life, and it practically rained alcohol on the weekends. I didn’t mind that drinking was so prevalent, but I did mind that my choice not to drink made people regard me as an uptight buzzkill or a puritan weirdo. In reality, my backstory was a lot more complicated.

My family has a multigenerational history of alcoholism. I went to therapy to deal with it when I was 30, but as a kid I just desperately wanted to keep it hidden, and we couldn’t have afforded therapy, anyway. By age 10 I was plenty familiar with the inside of a bar, having spent many evenings sitting at my dad’s favorite watering hole, drinking Shirley Temples and eating pretzel sticks while the adults played darts.

I don’t remember how I first realized alcoholism was a problem in my family—because it was always present in my family life, it just seemed normal to me. My dad wasn’t home on weeknights because he went out drinking after work and didn’t return until after I was sleep. Sometimes in the summers I’d go weeks at a time seeing him only on the weekends, even though we lived in the same house. My parents had screaming fights about money all the time because he spent what he made on beer. Sometimes I’d get home from school and the phone would be disconnected because he hadn’t paid the bill. He was always irritable when he was home, and I walked on eggshells all the time, feeling like he was irritated with me, like everything was my fault for being annoying or existing or whatever I had done that day.

I don’t really talk about any of this with anyone. I didn’t even have the courage to tell my very best friend about my dad’s issues until I was 16. I was completely ashamed about it and desperately wanted my family to seem happy and normal, so I hid all evidence from everyone I knew, including our extended family. The other thing is that for a long time I blamed myself for my dad’s drinking. I thought it was my fault. As a kid, I felt like my mom was stuck as my sole caretaker and was clearly miserable and was only staying with my dad because of me. I thought I ruined her life by being born. My reasoning was that if I had just somehow been a better kid, I could make it all better. (My mom was sober but was raised in an alcoholic family, so it’s the only world she knows. When you’re an adult child of an alcoholic, dysfunction seems normal, and so it carries on.)

All I wanted as a kid was to get out of my parents’ house, but I couldn’t because I couldn’t take care of myself. My biggest fear as a child was that I would become my father. I’m probably the only child of the ’90s who was actually frightened by the drugs and alcohol unit in junior high health class—it wasn’t the dangers of booze that freaked me out, but the statistics, like how children of alcoholics are four times more likely to become addicts themselves. Those numbers made me feel doomed and terrified of who I might become. Did they mean that Icould become an alcoholic? That fear was what made me think it was probably better not to chance it at all—and so I didn’t.

In high school, no one cared that I didn’t drink. I hung out with a loose group of drama geeks and punk rockers—some of them drank, some didn’t, but our collective love of Minor Threat made it easier to explain, because I could just say I was straightedge. The response was usually “Oh. Cool.” It was considered expressly uncool to judge anyone for their choices. But in college, calling myself straightedge was no longer an easy shorthand—most people didn’t know what that was, and they definitely didn’t see it as rebellious or cool.

Let me make something clear: I really, really wasn’t interested in judging or condemning anyone who drank (most people did). It wasn’t my business what other people were doing with their own bodies. But I wanted that same acceptance to be extended to what I chose to do with mine, and it usually wasn’t. Acquaintances and random people at college parties insisted I was being overdramatic. More than a few people had confidently told me that my fear of becoming an alcoholic was silly, while others argued that sobriety would tank my social life.

But none of that happened. I gradually got more comfortable with being one of the few non-drinkers at any given party by completely owning my choice, and making it clear that I just wanted to have fun like anyone else. By my sophomore year of college, I had gotten to know enough people who knew I didn’t drink, so the questions slowly tapered off. I had fun college adventures just like everyone else! I still went to parties and bars, stayed up all night camping, and saw a million bands play shows—I just did all of it sober.