Outfit inspiration for fighting off demons of all kinds.

You can count on horror movie mavens to have some pretty dope clothes that translate easily to real life, because not only do these ladies have to look good onscreen, but they also need to be prepared to defend themselves against monsters and evildoers at a moment’s notice, so comfort is a priority. Here are four scream queens with looks that kill; may they inspire your outfit choices next time you have to battle the Big Bad (which, let’s face it, is every day when you’re in high school). 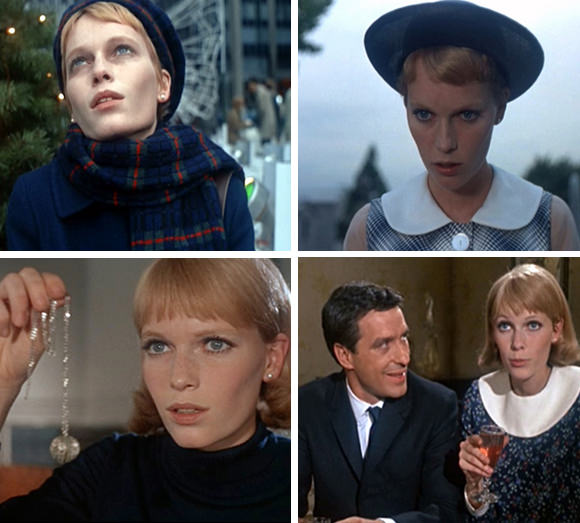 In Rosemary’s Baby (1968), Mia Farrow plays Rosemary, a woman who moves into a new apartment with her husband and immediately becomes preggo. Her husband, Guy, starts having shady meetings with some shady new neighbors and weird things keep happening around them (not to mention inside her body), and Rosemary begins to suspect that Guy is involved with a Satan-worshipping cult…and that something is very wrong with her baby. Scary-ass stuff, to be sure, but throughout it all Rosemary still be lookin’ good! She wears collared tent dresses, matching plaid scarves and hats, and gets her famous pixie haircut. And she wears a cool necklace, a gift from the creepy neighbors, that contains something called “tannis root” (uh-oh). Luckily, you don’t have to be carrying the spawn of Satan (imagine THAT episode of Teen Mom!) to get in on that chic mod style! Hannah has a tutorial for Rosemary’s beauty steez here; for the rest of your body, try a dress with a Peter Pan collar and some sweet black flats. 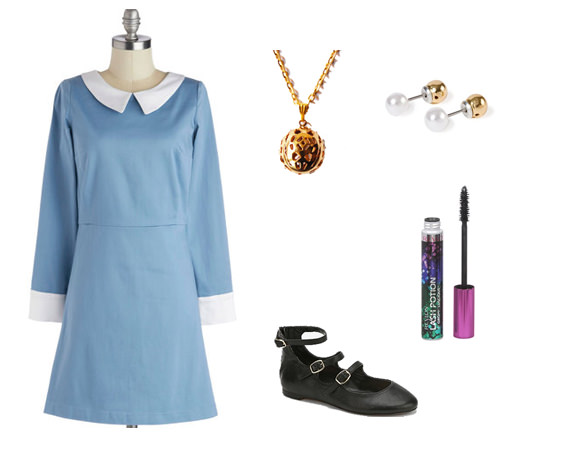 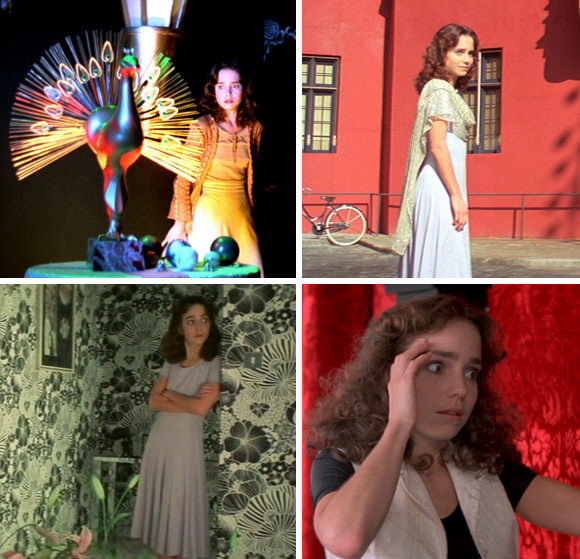 Suspiria (1977) is the first movie in the Italian horror king Dario Argento’s trilogy about ancient witches who secretly and maliciously reign different parts of the world. After Suzy Bannion (Jessica Harper) begins dance training at a distinguished academy in Germany, peculiar things start to happen…including MURDER! The movie is chock-full of beautiful yet terrifying imagery, and throughout it Suzy wears really cool ’70s dance-student duds. My favorite scene has this crazy light-up peacock—until the eBay gods answer my prayers for one of my own, I’ll be decorating myself with peacock accessories like these earrings: 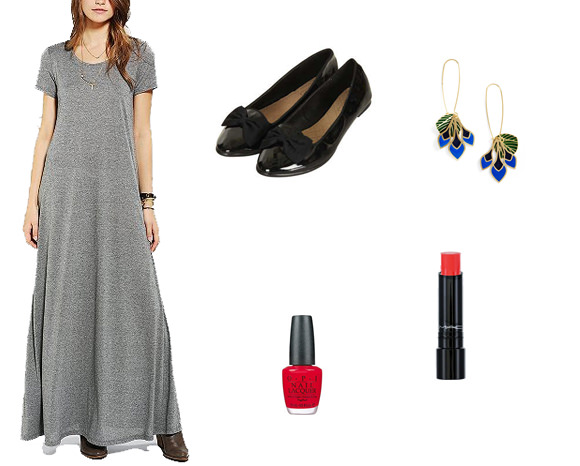 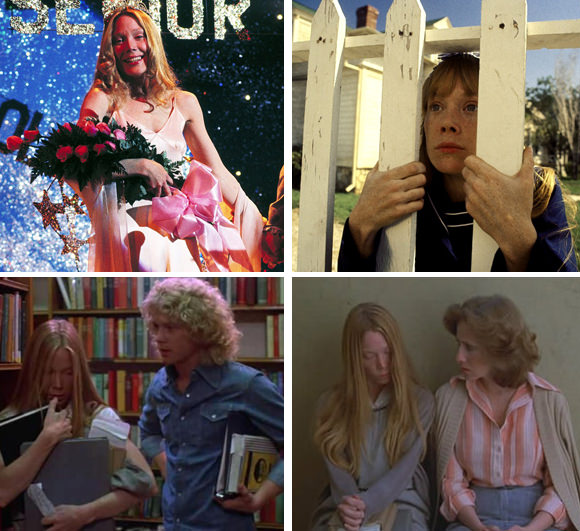 Carrie (1976) stars Sissy Spacek (one of our eternal style icons as the kind of girl you probably don’t want to piss off—a teenager with telekinetic powers, which she uses them to wreak revenge on her bullying classmates. Ever since I saw this movie, I’ve found myself trying to move shit with my mind. I just wanted to be able to do something cool like make a bowl of cereal fly to me so I don’t have to get up from the kitchen table (lazy-ass). Before a bucket of pig’s blood ruins her outfit, Carrie really works her prom look: a pink slip dress, light makeup, and a tiara. This would be perfect for your own school dance (pig’s blood not necessary). 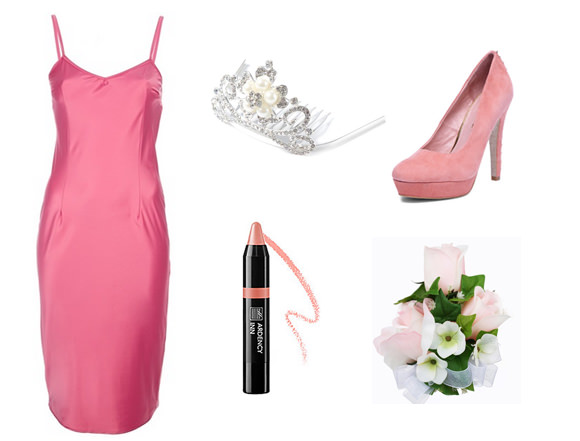 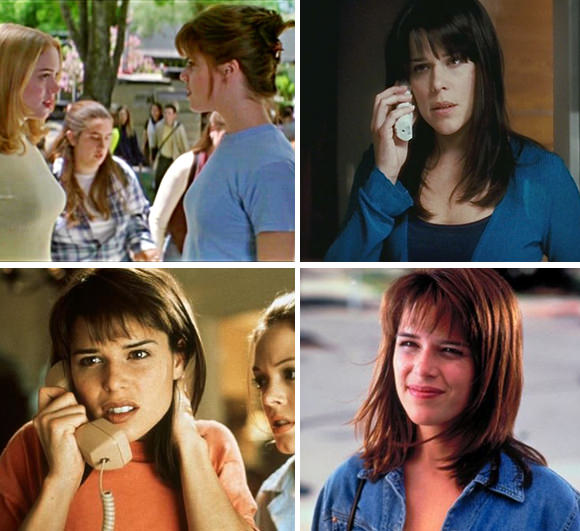 In Scream (1996), Neve Campbell plays Sidney Prescott, a teenager whose classmates are being murdered by a mysterious killer in a terrifying mask modeled after Edvard Munch’s painting The Scream. Before murdering them, the killer calls each one of his victims to give them a horror-movie trivia quiz. After Sydney receives one of these calls, she has to fight for her life. Her look is very ’90s casual: a denim jacket, baby tee, and jeans. I’d recommend the same outfit for any kind of ass-kicking. 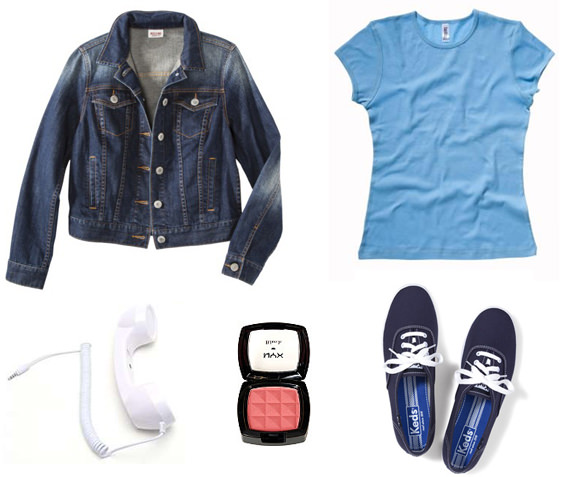