Moz will tell you the story of his life.

Sunday Comic: The Best Song Ever #13 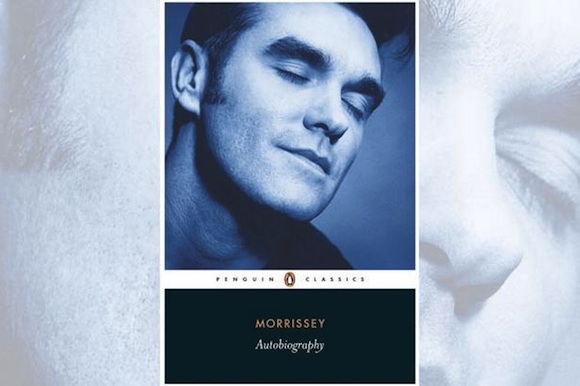 Morrissey’s autobiography came out Thursday in Europe, and it’s selling like crazy. Even though I’ve been a big Moz/Smiths fan since junior high, I’m waiting to get it for now. (I’m not really sure I’m ready to hear him bash Johnny Marr and other people I admire, which apparently he does at great length.) If you’re like me and want to just dip your toes in first, The Daily Beast has a list of 13 of the “juiciest bits.” Warning: #3 is weird, and #13 makes me ache a little as a woman. But #6 is about Morrissey’s teenage sleepovers, and that’s pretty awesome.
Tavi

For her spring 2014 collection, Rachel Antonoff made this video, wherein her parents tell the story of how they met, and a buncha swell people like Gillian Jacobs, Jack Antonoff, and Mae Whitman act it out. It is the sweetest/cutest/funniest, and I now have a crush on everyone in it as well as on every person I walk by on the street as well as on all the clothes. A+ slumber-party-pizza points forever.

My best pal Sheba just relaunched the website for her hair bizness, Sparrow for Everyone, this week, and I keep rewatching this wonderful video about Cathy Hope, the woman Sheba and her partner worked with to make their essential oils. Hearing her talk about how our brains respond to smells over shots of her New Mexico home is its own form of therapy—at the end you feel like you’ve been told the secret to happiness. Cathy Hope, please be my life mentor.

It doesn’t come back till January, but yesterday Girls graced us anxious fans with a little behind-the-scenes preview of season three. I am most excited to see Hannah be a well-adjusted person for two seconds—also for Shoshanna to get it on with a bunch of weirdos.

The trailer for Wes Anderson’s new movie, The Grand Budapest Hotel, is out. I need say no more.
Britney 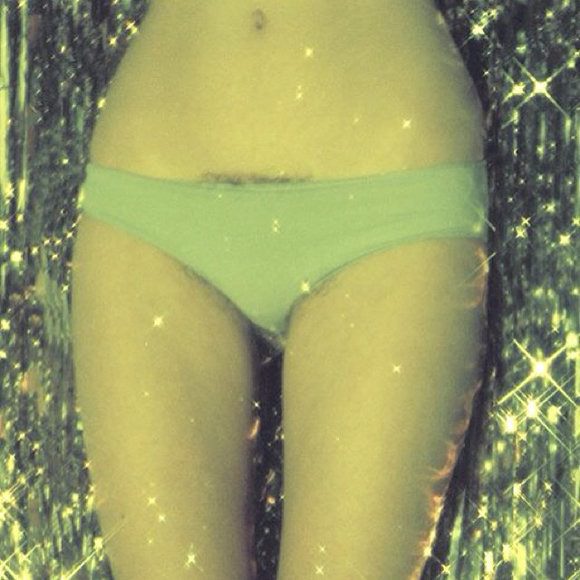 Last Saturday, Anna talked about the backlash against at a T-shirt featuring a menstruating vulva that Rookie’s very own Petra Collins designed for American Apparel. This week, Petra wrote a brilliant essay on censorship for Oyster. It was partially in response to negative reactions to the shirt but was mostly about the fact that her Instagram account was deleted because she posted the picture of herself that you see here. Bikini pics don’t necessarily break any of Instagram’s rules (Petra points out that more than 5 million images have the #bikini tag), and neither do unshaved bikini lines. “Through this removal, I really felt how strong of a distrust and hate we have towards female bodies,” she says. “The deletion of my account felt like a physical act, like the public coming at me with a razor…forcing me to cover up, forcing me to succumb to society’s image of beauty.”

And speaking of ways in which society forces its effed-up ideals on women, over at Jezebel, Dodai Stewart writes that even though people like Drake and Robin Thicke have hit songs about her, a “good girl” doesn’t even exist. 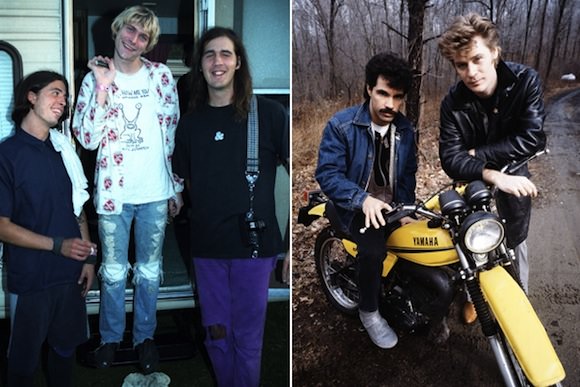 Among the best news I got this week was that Nirvana may be added to the Rock and Roll Hall of Fame in 2014—they, along with Hall & Oates (above right), Linda Ronstadt, and the Replacements, have been nominated for induction. The public can help decide who gets in via Rolling Stone, and as of Friday Nirvana had the most votes. That makes me so happy.
Dylan 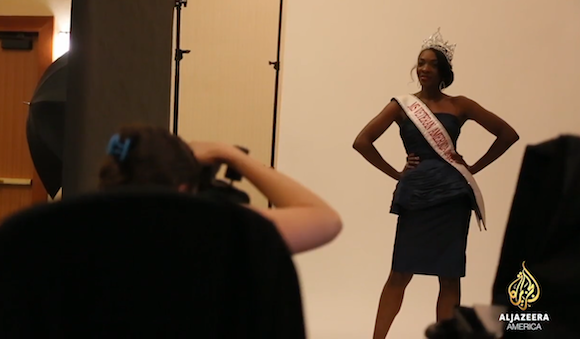 Women in the American military face unimaginable social and psychological challenges while they’re serving, and it’s so sad to realize how neglected they often are when they come back home. My heart breaks for struggling veterans, but this Al Jazeera story about the Ms. Veteran America pageant brings me a glimmer of optimism. It’s not just some banal battle of beauty: The winner is chosen on the basis of interviews, military knowledge, talent, and demonstrated advocacy for women in the armed forces. As contestant Melissa Strock says: “This is about our service and about our femininity.” I think both deserve honors.
Julianne

VFiles has a new video series called Out Hear, which hosts Danielle and Matt describe as a “music show that has nothing to do with music.” They interview the best artists, like Kilo Kish and MNDR. This latest installment features SSION’s Cody Critcheloe—truly an artist for our time—and Blood Orange’s Dev Hynes, songwriter extraordinaire and excellent one-time Rookie Reader Talent Show judge. This episode is a little all over the place, but super interesting: Dev gives instructions on proper racket-holding form in tennis (and plays a mini-match), while Cody shows us how to make rose petals out of icing (and plays Hole on the guitar). It’s still too early to tell where Out Hear is going—and no VFiles host has yet attained the wondrous/hilarious superstardom of Casey Jane Ellison of What the F*shion—but so far it’s another fun series in the VFiles pot of YouTube gold.
Cynthia

The Speed Sisters—four women who make up the Middle East’s first all-woman car-racing team—have been burning up tracks all over the West Bank since 2009. Earlier this week, Al Jazeera talked to the Speed Sisters, who described about how racing has helped them find independence from the physical, political, and cultural restrictions imposed on them in their daily lives. They’ve been gaining a loyal fan base of both women and men, and a documentary about them is in production. The teaser itself is pretty great, but I want to see the sisters on the big screen!
Amy Rose 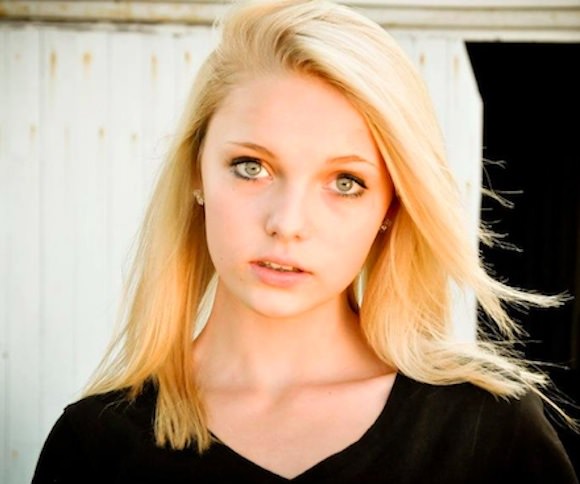 Daisy Coleman, above, is a teenager from Maryville, Missouri. She’s been through absolute hell since January 8, 2012, when she and a friend—14 and 13 years old, respectively, at the time—were reportedly raped by two older guys from Daisy’s school while they were blackout drunk (mostly on alcohol supplied by their alleged rapists). You can read all of Daisy’s first-person account here at xoJane (trigger warnings for rape, sexual violence, and self-harm), but here is an excerpt:

My mother told me she found me outside, left for dead, and when she heard me trying to get to the door, she thought it was a dog scratching. I was weak and could have died in the below-freezing temperatures. Next thing I knew, I was in the ER getting blood drawn and having various tests done. We all knew what had happened, we just wanted someone else to say it for us. The doctors examined the rape kit and verified that our nightmares were real.

Despite medical evidence, as well as a cellphone video of the incident (Daisy says it was passed around her entire school but prosecutors claimed they were not able to find it), charges against the boys were dropped and the case records were sealed. As if this weren’t awful enough, Daisy and her family faced intense abuse from people in the town after she spoke up about her experience—partially, she believes, because one defendant was from a politically powerful family in Missouri:

Days seemed to drag on as I watched my brother get bullied and my mom lose her job. Ultimately our house burned to the ground…on Twitter and Facebook, I was called a skank and a liar and people encouraged me to kill myself. Twice, I did try to take my own life.

Daisy began to self-harm regularly and couldn’t face attending school. Ultimately, the Coleman family made the decision to move away from Maryville after the harassment became too much to bear. Mercifully, their story does not end there. After the Kansas City Star published this article last week, more and more media outlets reported on the case. The online vigilante group Anonymous also drew attention to it, and now the case is being reopened—this time by a special prosecutor. The renewed interest is a result of Daisy and her family’s refusal to stay quiet about the horrible pain and injustice that she’s been subjected to. No matter how dire their situation looked, they kept speaking out, most affectingly in Daisy’s essay about her experience. As so many of us know, it is incredibly difficult for victims of rape to speak out about what’s happened to them. Let’s honor Daisy’s bravery and give her all the support we can for advocating for herself and for rape victims who aren’t able to do so. We’re pulling for you, girl.
Rachael 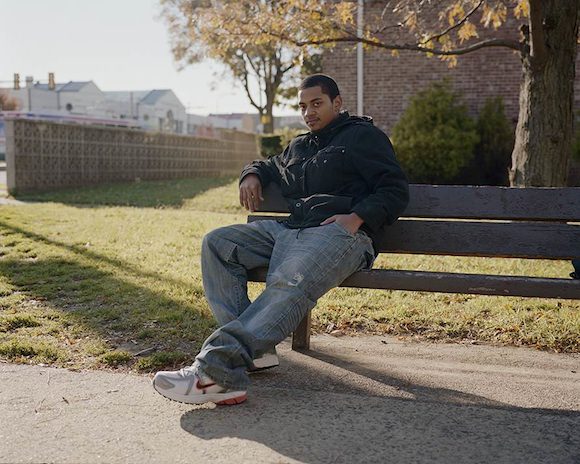 The photographer Hannah Price has a unique way of dealing with catcallers—she takes their pictures. “Just turning the photograph on them kind of gives them a feel of what it’s like to be in a vulnerable position—it’s just a different dynamic,” she said in an interview this week with NPR. Price’s photo series, “City of Brotherly Love,” features portraits of some of the catcallers she’s encountered in Philadelphia, where she moved from Colorado in 2009. It also includes a few images she calls “nonportraits,” which represent the way she’d rather have men approach her: “I would like to be approached in a respectable manner, or I would definitely like to fall in love.”
Arabelle 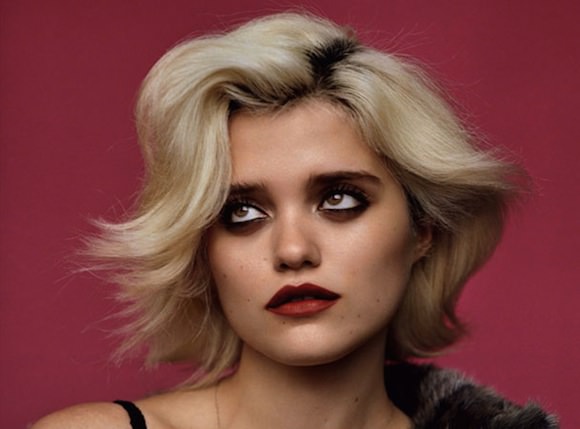 Stereogum’s recent interview with Sky Ferreira feels so, so honest and real. I read it and hear an independent, headstrong babe who knows what she wants from her work and owns up to her mistakes. It makes me really happy that at the end of this month she’s (finally, thankfully) releasing a full-length album she is proud of and that I know I will love. ♦