So thaaaaat’s what telekinesis looks like. Plus: Period t-shirts, new music by noisy gals, and an interview with our hero, Malala Yousafzai.

The other day on Facebook, my friend Gabriel sent me a link with a message that just said: “Seriously, watch this.” After waiting 20 minutes for whatever it was to load (because my internet connection was so bad), I saw this video of the most incredible prank, which is also a promo for the upcoming remake of Carrie. Seriously: WATCH THIS!

In this video from Tuesday’s episode of The Daily Show, Jon Stewart interviews Malala Yousafzai, a 16-year-old Pakistani activist who was targeted and shot in the head by members of the Taliban a year ago for fighting for girls’ access to education. If you didn’t already know who Malala is, prepare to cry. If you did know, you’ll probably cry, too. Let’s just all cry together while we listen to her mind-blowing answers to Stewart’s questions. Aside from discussing her views on the importance of education for women, she talks about fighting the Taliban with peace and truth, equality for all, and her new book, I Am Malala. She is so well spoken and passionate it seems like Stewart can’t help but take the back seat: It’s pretty obvious how inspired and awestruck he is. I am, too; Malala, you are my hero.
Julianne

The wonderful, dreamy singer SZA (aka Solana Rowe) just released this self-directed video for her song “Teen Spirit.” Over at Vogue, she talks about its aesthetic: “I wanted to live and die by my own decisions,” she says, later explaining that her every choice—including the video’s ghostly lighting and her “dirty T-shirts and random Marni pieces”—was rooted in a DIY mindset. SZA recently signed to Top Dawg Entertainment, the label that brought rapper Kendrick Lamar to the world, so I’m sure we’ll be hearing much more from her soon. 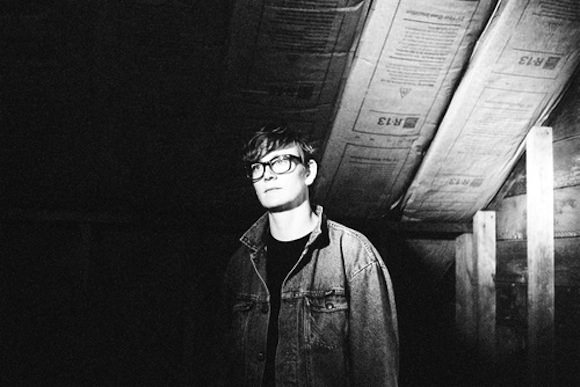 This week The Believer did this epic lil’ interview with one of my favorite songwriters, Katy Davidson. Katy performs with her own band, Key Losers, and is a sometimes-member of Gossip and Yacht. Even if you’re not familiar with her music, it’s a fun read about being creative—and kind of the opposite of most artist interviews I read, in which people are really freaking about not being able to make a living in any tangible way off their art making. That’s something worth freaking out about, but as Katy hints at in this particular nugget, circumstances and struggle can make for interesting art: “My thoughts on the global debt crisis? It only makes sense that a system centered around the fantasy-based idea of never-ending ‘growth’ will eventually collapse, or at least be forced into rapid evolution. And money? I don’t know, man. This is an exciting time to be an artist. There’s rich fodder in this transitional moment. But there’s also a lot of distraction. I want to continue to push myself to make music that truly reflects our present reality.” 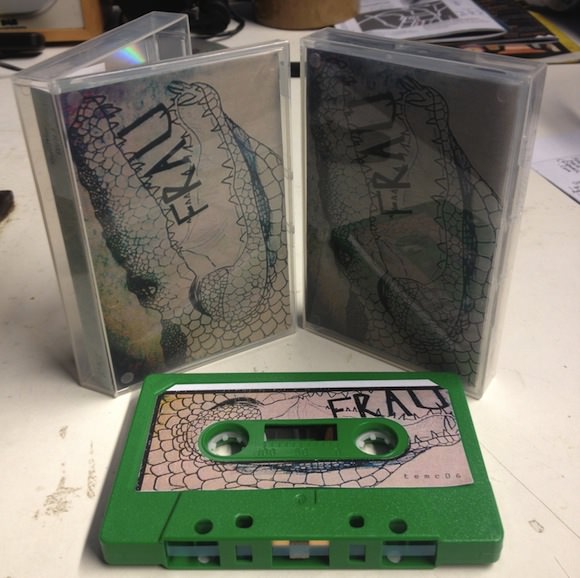 The new Frau demo is out as of this week. So much attitude and feedback. I barely know anything about this band, besides that they are noisy gals from London who are loosely affiliated with the U.K.’s underground feminist scene. Defs my new favorite.
Lena 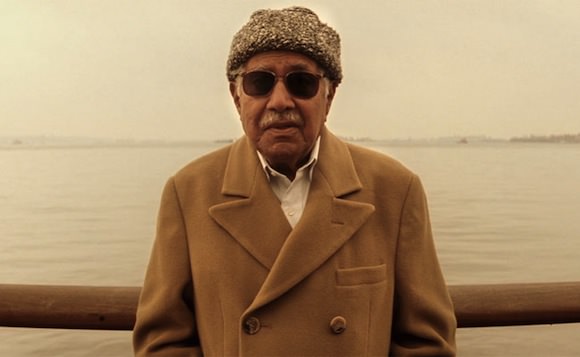 I was sad to read that the actor Kumar Pallana passed away Thursday at the age of 94. These days he’s probably best known for the small roles he turned into comedy goldmines in Wes Anderson movies (Mr. Littlejeans in Rushmore, Pagoda in The Royal Tenenbaums, etc.), but he spent a lot of his adult life as a performer. In the ’50s and ’60s, he appeared on The Mickey Mouse Club and Captain Kangaroo as an acrobat and plate spinner and had roles in films starring Marlon Brando and Jimmy Stewart. Later in his life, he owned a yoga studio/coffee shop in Dallas, which is where he met Anderson. The Dallas Morning News posted this sweet tribute to Pallana yesterday and included a reprint of their 2004 interview with him (The Believer published another interview worth checking out the year before). They also provided a link to this excellent mini-documentary about him, narrated by his son, in which he gave advice about living a peaceful life and demonstrated his plate-spinning skills: 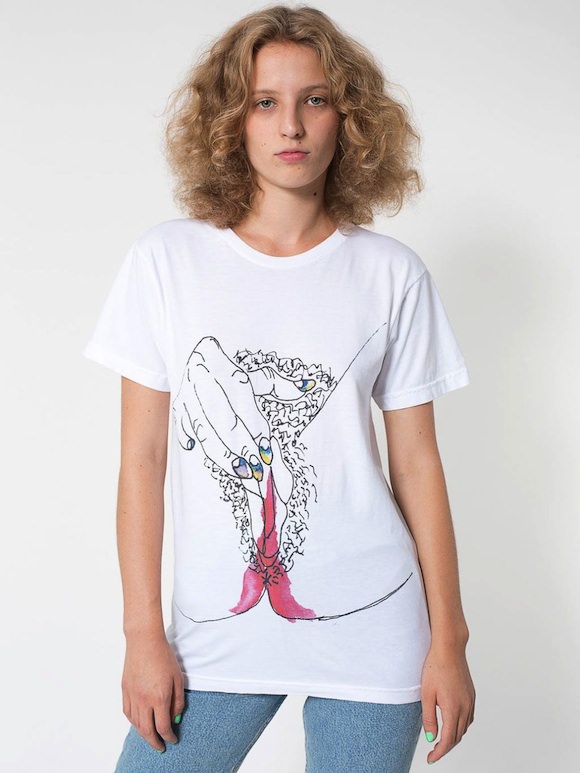 Rookie’s own Petra recently designed a shirt for American Apparel featuring an illustration by Alice Lancaster of a menstruating vulva, and this week the world went nuts. PERSONALLY, I think the shirt is brilliant, but I’m also the person who rants about how the drugstore keeps tampons in an aisle marked “feminine hygiene” because WHY CAN’T WE JUST ACKNOWLEDGE THAT SOME PEOPLE MENSTRUATE? (Maybe I’m also irritated because I recently rewatched Superbad, a movie that features graphic drawings of hairy peens played for laughs while the film’s “grossest” scene involves a woman getting her period. Or maybe I’m so irritated because I’m about to get my period.) Anyway, I don’t think Petra’s shirt—or any art—is above criticism, but most of the ire it’s caused kinda makes me roll my eyes? There are those who simply say it’s gross (maybe the shirt would be more palatable to them if instead of blood it depicted clear blue liquid à la maxipad commercials). Other people have been complaining that it couldn’t POSSIBLY be worn in public (as if art is only valid if it’s suitable in every context ever—I mean, you don’t see family restaurants serving meals on Judy Chicago’s Dinner Party plates). Ultimately, Petra doesn’t need me to speak on her behalf, especially when she’s been giving eloquent and intelligent interviews like this one with Patrick McGuire at VICE.
Anaheed 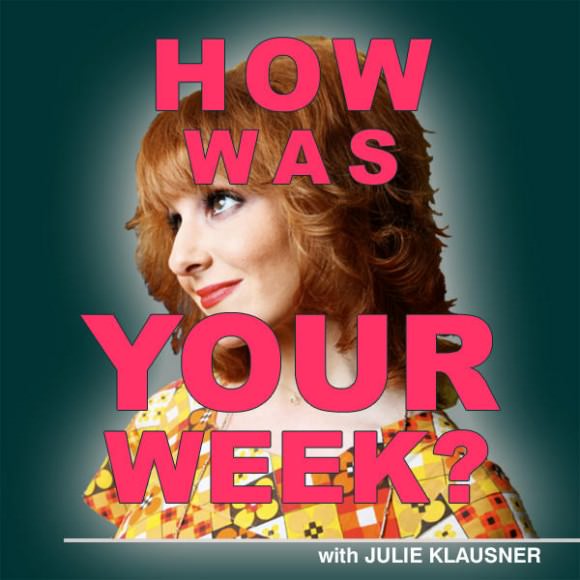 Julie Klausner’s interview with Nicole Holofcener on Julie’s podcast, How Was Your Week?, was like mathematically designed to be my favorite: Two of the smartest, funniest women around x talking about female friendship + movies + James Gandolfini + dogs + my friend/boss Tavi = everything I love. Julie’s podcast is always wonderful, but this one really hit the jackpot. ♦