This place is the creepiest. 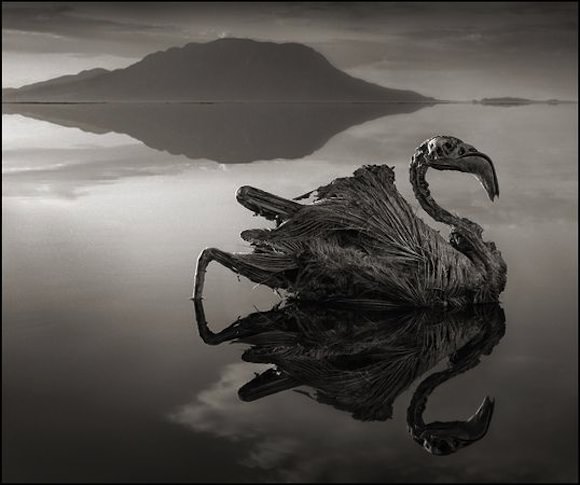 These photos by Nick Brandt at National Geographic of the vast, watery graveyard that is Lake Natron make it look like something from a mythical underworld, but it’s a real place in Tanzania. Its name comes from its concentration of natrocarbonatite, which is a rare type of lava with a high alkali (salt) content that in this case trickles down from a nearby volcano. Because it’s so salty, the lake isn’t home to many living things—apart from some bacteria, the odd fish or two, and flamingos. But the OTHER thing about Lake Natron is that birds and other flying animals like bats often crash into it and die—and no one knows why for sure. One theory is that they confuse its glassy surface with the sky. Whatever the reason, the animals’ bodies are preserved by the briney water, resulting in mummy-like creatures such as the one above. For his pictures, Brandt collected carcasses on Lake Natron’s shore and then posed them in the water, on branches, and on rocky outcrops. Creepy!
Dylan

My mind imploded earlier this week when three of my obsessions—Tina Fey, Saturday Night Live, and Girls—collided in this SNL parody of Girls starring Fey. Think of everything you know about Hannah, Jessa, Shoshanna, and Marnie, then add a disgruntled Albanian peasant woman named Blerta (played by Fey), who seems to be suffering from more severe problems than the ones we typically see the other girls crying about. They’re all lost in the big city; some more than others. Blerta!!
Anna F. 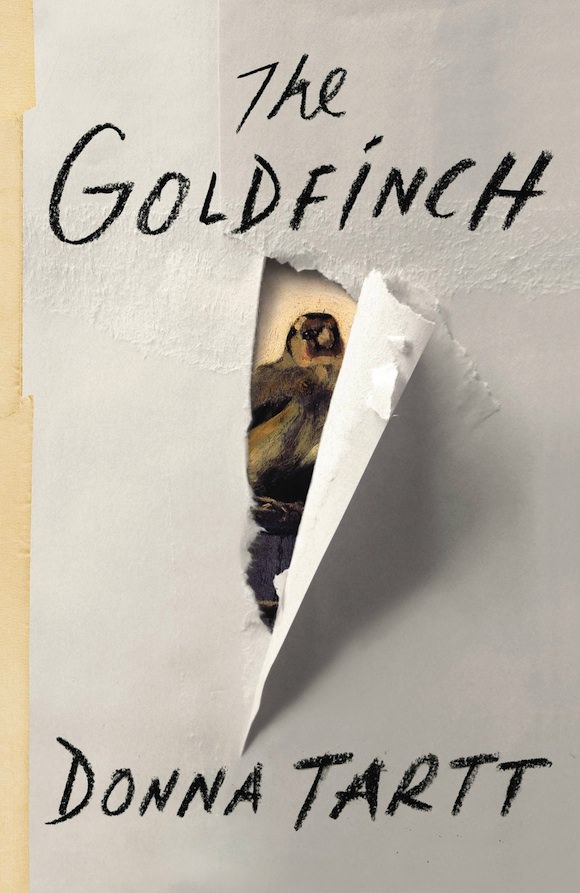 I’m heading to New York this weekend for Rookiepalooza, and I’ve been saving all my Big Internet Reads for the trip. But I always have time for a book list, and Flavorwire is one of my go-to places when I need recommendations. This week, Jason Diamond rounded up “10 Must-Read Books for October” (I can barely wait to read Donna Tartt’s new one, The Goldfinch) and “25 Independent Presses That Prove This Is the Golden Age of Publishing” (two of my personal favorites, Two Dollar Radio and Melville House, are mentioned along with a slew of others I still want to check out). Books!!!
Lena 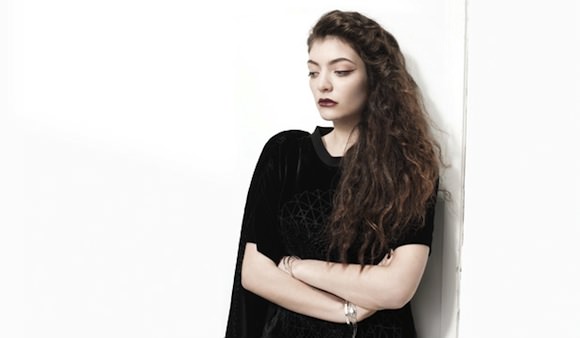 My reading list this week consisted mainly of open letters. There was that one Sinéad O’Connor wrote to Miley Cyrus, then that other one Amanda Palmer wrote to Sinéad O’Connor about writing to Miley Cyrus. Both of them related to power and what young women in the music industry (Miley in particular) should do to get it, keep it, and wield it. They also made the timing of this earlier essay by Ella Yelich-O’Connor (a.k.a. Lorde) about her some of her own experiences as a young woman in the music industry feel weirdly perfect. “I’m a teenager, and I’m a girl, and those are factors that can stand in the way of maintaining control,” she wrote. “I’ve had more people than I can count talk to my manager in meetings instead of me, like it doesn’t matter what I think. This usually lasts all of 10 minutes, until I insert the kind of dry sentence that makes most adults splutter and blush and reach for their water, and after this they start taking me seriously.” 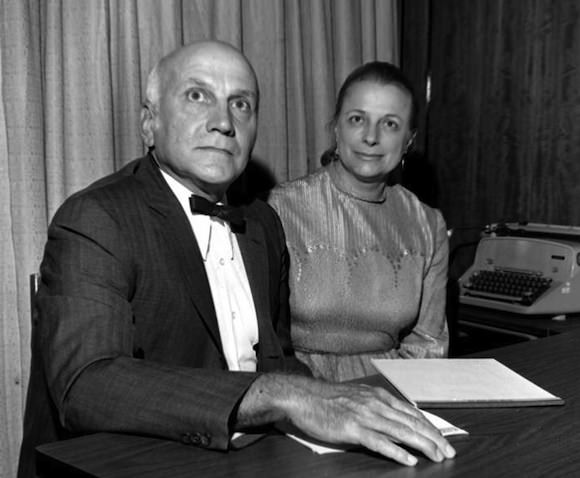 I’d been waiting to see the new TV show Masters of Sex for a while, not only because of the raw talent involved (it stars Lizzy Caplan and Michael Sheen) but also because of the plot line. I knew it was loosely based on the true story of Dr. William Masters, his secretary and eventual work/life partner Virginia Johnson, and the research they did together on human sexual response. What I didn’t know until I read this Associated Press article (sidenote: check out the byline) was the impact they made on how Americans view women’s sexuality—a topic that hadn’t been particularly explored or even talked about before their experiments came along in the ’50s. Apparently, Masters was a pretty traditional dude when it came to gender roles on the personal level (the article says he “kept his wife at home”), BUT the research he completed with Johnson helped prove that women are independently sexual beings, which in its own way contributed to the feminist movement. Maybe it wasn’t intentional, but it’s still pretty cool. ♦