Coming out is not for everyone.

Literally the Best Thing Ever: Step Up 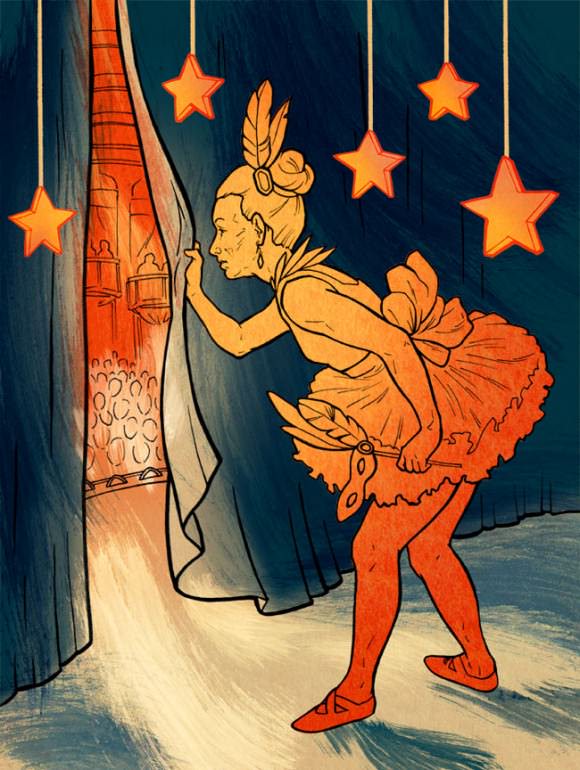 It was a Thursday morning a few weeks ago. I started the day the way I always do: by grabbing my phone and, still blinking my eyes open, scrolling through email from six different accounts (work, personal, freelancing job #1, freelancing job #2, blog photos, blog). This is not the most relaxing way to wake up, but it works.

On this particular morning, I got the usual meeting announcements, updates about writing copy at my day job, and LGBTQ press releases (I write a humor blog about lesbian stereotypes and lifestyle issues). But there was also something else: an email addressed to my blog from an unfamiliar address. I clicked on it and started to read, and my stomach dropped.

I just finished reading your post about when you told your family you were gay. I absolutely loved it, but I sorta have a similar problem. I recently realized I’m gay, but I live in a very small, very religious, very closed-minded, and very not-gay community. I haven’t told anyone about my eureka moment, mainly because my parents are very vocal and, for lack of a better word, a bit violent about their opinions. I’m in high school and can’t exactly give my parents time to “think about it,” plus they are the kind of people who would disown their kid for something like that or send them to a so-called “treatment center.” Should I tell them?

It’s the second such letter I’ve gotten this month. Last month there were three. Letters like this scare the shit out of me.

Today is National Coming Out Day, a day when LGBTQ folks celebrate the power of going public with their queerness. The idea behind Coming Out Day is that the more gay, lesbian, bisexual, transgender, and queer people come out of the closet, the more our sexualities will seem normal to everyone, the less we’ll all have to hide, and the safer and more accepting our world will be. When queer/trans people come out, the people in their lives are forced to realize that they personally know someone who is queer/trans, and familiarity tends to erode the edifice of their prejudice. Coming out also puts a face to a civil rights issue, one that some straight folks might not have to think about otherwise.

Danni’s email jolted me awake. I stumbled into the bathroom, peed, popped in my contacts, and headed over to my computer, where I started tapping out my reply. I’ve adapted that response into this article, because I think you all need to hear this.

When I was 15 I didn’t have a clue that my obsessive feelings about other girls were in fact romantic crushes, but even if I’d known, I would never, EVER have come out in high school. I was too afraid. My school was populated with kids from rural Wisconsin who drove pickup trucks to go “muddin’” (which is where you drive a truck at high speeds through muddy fields for no particular reason) and who seemed obsessed with things like homecoming and football games. And my parents are strictly observant Mormons who weren’t let’s say “cool” with what they called the “gay lifestyle.” Had I known then that I was a lesbian, I’m sure I would have stayed in the closet until I left that town and my parents’ house. I wasn’t brave enough to come out.

Today, of course, I realize that, statistically speaking, a number of those mudders and football players and cheerleaders were gay too, but back then I couldn’t fathom it. As far as I knew, there were no queer people in my school—hell, in my whole town! I had no queer role models in my community, or even on TV. In those days we didn’t have Glee. There weren’t any out gay rappers, out gay country singers, or out gay basketball players. I didn’t have access to queer YA novels, nor anywhere near the number of informative websites there are now for queer youth. And not only couldn’t we get married, it didn’t even seem like a possibility in my lifetime.

Y’all are lucky to be growing up in a time when the message from so many sources is suddenly “IT’S OK TO BE GAY, WE REALLY MEAN IT THIS TIME.” With visibility comes knowledge, which makes you better equipped to recognize romantic feelings for your same-gender friends and to adopt labels for those feelings if you want them: I am gay. I am bi. I am queer. The average coming-out age for queer and trans people has gone from 20-something in the 1980s to somewhere around 16 today. Because of the stuff I write about on my blog, I often get emails from 12- and 13-year-olds identifying themselves as queer or gay. I talk to 15-year-olds who are completely open about being queer—we are talking not-even-a-little-bit-shy—and everyone in their lives already knows. Their friends know, their parents know, their grandparents know, their teachers and coaches and neighbors know. Amazing. This is amazing to me. It’s a wonderful thing, and it deserves to be celebrated.

But here’s what I’m worried about: Because a lot of kids are coming out while they’re young, there’s increased pressure on ALL queer kids to come out ASAP. It’s like, “Look! Everyone’s coming out now! It’s safe to be queer! Be yourself! Everything’s OK!” If you stay in the closet, not only do you have to watch some of your peers celebrate the freedom of being out without getting to experience it (yet) yourself, but you’re also made to feel like some kind of weirdo. On top of that, a lot of well-meaning LGBTQ organizations and publications tell us that we have a responsibility to come out. We owe it to our community to be seen, to be heard, to increase LGBTQ acceptance! And in case guilt doesn’t work, they throw in a curse on your love life: Until you come out, they say, you’ll have a hard time finding a partner.

The problem is that many of you live with people—and depend on people—who remain untouched by all this new queer-positivity. Danni, for example.

Danni is in high school. She’s underage, living with and dependent on her parents for support. They live in a very small, religiously conservative town, and she already knows all too well how her parents feel about queer people. She believes her parents would respond badly if she came out. What would Danni gain by coming out today? Well, she would be claiming her identity in a way that is positive, meaningful, and powerful for her, and she’d increase her chances of finding like-minded friends. These are all big pros. But what would Danni lose by coming out today? She could be verbally or physically abused. She might be sent to some kind of “treatment center” aiming to “cure” her of gayness. She may be ostracized by her community, attacked at school, and/or get kicked out of the house. Uh-oh—that cons list is getting mighty long. Coming out right now is actually dangerous for Danni, and for thousands of teenagers like her.