What was it trying to tell us? 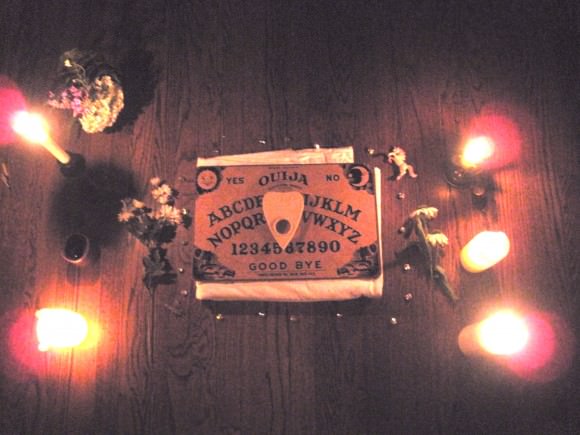 Ella and I met in a seventh grade writing class. We became best friends based on a shared interest in Bob Dylan, this old Rice Krispies commercial, and a resistance to the popular idea of what it means to grow up. It was middle school, the time of coed hangouts and touching tongues and wood-paneled basements becoming scary in a way that was not spooky-scary but more like “I can smell my B.O. and I don’t really like this guy and wasn’t I a child like just last year?” scary. I couldn’t even tell you how many times I pretended my parents were calling so that I had an excuse to leave a gathering of acquaintances, or how badly I wished I could just go back to the dreamy fun of crushing on a particular boy once we became “boyfriend-girlfriend.” In Ella I found someone who preferred spooky-scary, who wanted to grow as a person but also liked to build fairy houses and take photos in the woods and try to talk to ghosts. We could confide in each other, but we could also make the good parts of childhood last as long as possible. Things that otherwise made us feel strange seemed perfectly normal when we were together.

One of our favorite things to do was the Ouija board. After a couple rounds of “Who will I marry?”–type questions, we decided to try contacting real-live (dead) ghosts. We found her dad’s board from when he was a kid, waited till everyone was asleep, and sat on the floor of her living room, surrounded by candles. (One ghost, Mary, asked us to bring her white roses, so we once decorated the board with those. Another time, we were trying to reach a six-year-old girl we’d previously contacted who loved Ella’s garden, so we used daisies, gems, and a plastic unicorn, pictured above.)

In the second year of high school, Ella became busy with theater, singing in a band, and hanging out with a long-term boyfriend. I became busy with Rookie. We found different friend groups. We never lost touch but we did fade away, hanging out less frequently and, for me, never telling her the whole story as to what was going on in my life. My new friends were dark and tortured, and Ella seemed so happy—I didn’t know what she would think if I told her I was depressed or developing unhealthy eating habits. Having problems was too grown-up for our sleepover agenda. It was easier to sit in the dark, ghosts of who we used to be, trying to get in touch with the bond we used to have.

At the end of 11th grade, Ella and I got together for the first time in a long time. As we lay side by side in her family’s guest room—white walls, white blankets, white sheets, white pillows—about to fall asleep, Ella asked, “What happened to us?” It turned out we’d been going through a lot of the same stuff at the same time and simply never reached out. I still wonder how things might have been different, how our respective pains might have been alleviated, had the Ouija board spelled out that we should have just talked to each other.

The Ouija board conversations below are from the time of our falling out and our periodic attempts at reuniting. (They end last winter, before we realized how much we could have shared.) I promise that neither of us ever tried forcing any of these answers, because, first of all, we would’ve made them a lot scarier and weirder, and, second, we believed this stuff for real. I think I still do, though looking back through these notebooks, I would not be surprised if one very popular theory turned out to be true: that the answers on a Ouija board actually come from your subconscious. So many of our shared interests made their way into the ghosts’ sides of these conversations: movies we’d watched in Ella’s basement, songs we’d sung together and played on guitar. These exchanges feel more like a record of our time together than like any third party’s wishes and commands.

This past summer, Ella and I ran into each other at the airport. She had just returned from an acting program in France and was on her way to a family reunion. I was with my dad, heading to a friend’s wedding and college visits. My boyfriend and I had broken up not even two hours earlier, and the first thing I did when I saw Ella was burst into tears. She gave me a big, long hug and I realized how many other kinds of love exist and that they are often just as rare as the romantic kind we hear so much more about.

We’re both seniors now, applying to colleges and planning our futures. We still get together occasionally to catch up, erupt into fits of giggles, and watch trashy TV. We also tell each other the stuff we wouldn’t before. It’s still cool to think that there was something about our relationship that was so special it could be manifested only through a supernatural presence. While there would have been better ways for us to communicate with each other, I like the idea that our subconsciouses were trying to remind us of the good times we’d had, and of good times yet to come.

It's Your Story: An Interview With Ellen Forney