How to end a relationship without feeling like a monster. 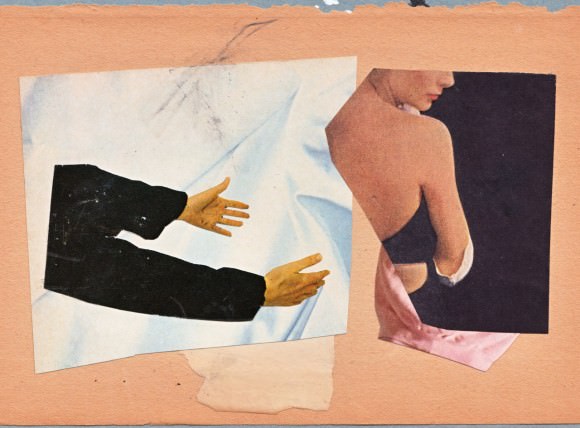 The first time I broke up with someone was in seventh grade. He was part of the gang of kids I hung out with at lunchtime, and he told my friend he had a crush on me. I was flattered, and when he called me one night and asked me to be his girlfriend, I said yes while my matchmaker/best friend listened in on another line. After we had been going out for approximately four days, I made this list of the boy’s pros and cons:

But it was more than these undeniable facts that made me want to bolt. When I saw him at lunch I didn’t feel excited—I felt like I wanted to hide inside my bag lunch, and I felt guilty that I’d said yes because my BFF told me to, not because I actually liked him. I was afraid to hurt his feelings even if I did think he was shallow, but eventually I gathered up the courage, took a deep breath, and said, “Jeff,* Imsorrybutthisisntworkingoutformeletsjustbefriends?” And then I ran away before he could reply. Seventh grade me did the best she could! At least I did it in person and included an apology. Jeff was hurt, and he called my best friend and wanted to know why I’d changed my mind, but it was definitely over.

When you’ve been dumped, pop culture will happily commiserate. Think of all the songs, movies, books, and angsty poems by and/or about jilted lovers. But there’s not much out there for the person who does the breaking up. What no one seems to acknowledge is that breaking up with someone can be just as painful, if not more so, than being the one who’s left behind. Unless they’ve done something awful to you, you probably still have feelings for the person you’re leaving, and it’s hard to see them in pain, much less cause it. And it’s rare to break up without someone’s feelings getting hurt. In my example, not only was Jeff upset, but the friend who set us up was pissed off, too, since I’d messed with her matchmaking. But whatever—I had to do what was right for me. In the end that’s what a lot of breaking up comes down to: It can feel selfish, but staying with someone when it isn’t working out doesn’t do either of you any favors.

All in all, my breakup with Jeff went OK—no one got angry or yelled or spread lies about the other person, and he got over it in time. But I think it could have gone better if I had followed the wonderful advice I am about to share with you. I talked to some people who’ve recently broken up with someone, been broken up with, or just had good advice about breakups, and made a list of some things I wish I’d known when I broke up with my first serious boyfriend. I hope this list helps make your breakup a little less painful.

How Can You Tell When It’s Time to Break Up?

When you’re tired of fighting. When it saps all your emotional energy. When your currently crappy conditions threaten to ruin all that was ever good about your relationship. When you or they express strong interest in another person, emotionally or physically (unless you’re in an open relationship). When you feel manipulated or emotionally abused. Definitely, 1,000 percent, if the person you’re with has ever laid a finger on you in violence—you owe them nothing, even if it may feel like you do, and it’s OK to get out of there immediately. If you have been or think you are currently in an abusive relationship, you should seek support from parents, friends, or counselors, or click here for help. The longer you’re with someone, the harder the decision to break up can be, but if your gut is telling you it’s over, listen to yourself, and not your matchmaker friend, your parents, or peers.

The first time I broke up with anyone after my seventh grade hit-and-run, I felt like everything I just described, but I mostly felt confused. I was tired of being tied to someone else’s feelings and I could feel it affecting my life in a negative way, but I was also terribly scared of not being with him anymore. I had invested so much of myself in him, and was afraid of what might happen when I lost the comfort of being one half of a dysfunctional but loving whole. I had to really steel myself to make the breakup decision, because we were emotionally dependent on each other in a bad way—the we-only-hang-out-together, why-do you-even-need-other-friends? way. After I did it I felt guilty for a long time, but I also felt free.

Breakup Etiquette, or: Don’t Be a Jerk, OK?

When you decide to break up with someone, it might hurt their feelings, but you don’t have to be callous about it. As fellow Rookie Laia says, “You just gotta accept that in this moment you are making a mildly selfish decision, and while you do not wish to hurt this other person, you WILL make them sad—and possibly break their heart.” Acknowledge the good times you had together, but explain the things in the relationship that were not working for you—it shouldn’t be a blame game, but make clear why you are leaving. Rookie advice goddess Jamia gave me a little script you can use to soften the blow:

These are the positive things I’ve loved about us, and the reasons we’ve stayed together are _______, but here are the reasons I don’t feel like this is working any longer. This was a difficult decision, but for my own health and happiness I need to be on my own. I’m sorry to hurt you, but I hope you can respect that.

Your partner might tell you they’ll change, that they’ll work harder, or they might just get upset—all of this is normal, but you don’t have any obligation to keep a relationship going because you don’t want to hurt someone’s feelings.

And, just in case you were thinking of going for this method, no one likes the fade-away, so don’t even think about it.

It’s normal to feel sad, bad, or lonely after you break up with a significant other, whether the relationship was four days or four years long. You were just sharing your life with another person, and now you’re going solo, so it’s going to take some adjustment. You might feel pangs of regret like I did, and you might cry as you hug their old sweatshirt, even though YOU broke up with THEM—that’s totally OK, and it doesn’t necessarily mean you made a mistake.

Usually, the longer the relationship, the longer the breakup takes to complete, and the longer those bad feelings linger. You might have to talk it out with your partner more than once, or cry together a few times before you’re really sure it’s finished. Or not. If you need a clean break, that’s fine too.

You can’t control your feelings, but you can control the decisions you make. If your former flame wants to meet up and you can’t handle it, just say so, and ask them to respect your decision to take time to focus on yourself.

I didn’t talk to anyone who thought that continuing a physical relationship after a breakup was a good idea. It can be temporarily comforting, but the power dynamic is off, and your partner might think hugging, kissing, or sex means that you’re getting back together. There may be some ex-couples out there who can handle friends with benefits after a big breakup, but that’s not the norm.

You Don’t Have to Be Friends

Everyone dreams of a breakup so smooth that you are great friends immediately afterwards, hanging out the next day and getting pizza or something. This is not usually realistic. Those relationship-y feelings don’t go away overnight, and in order for them to really fade in a relatively quick and healthy way, you’ll need to spend a lot less time together. Holding hands, touching, and giving each other secret smiles are all now off-limits, and this will make both of you sad. You might be friends in the future, but give yourself and your partner some space to mourn the end of the relationship.

And if you don’t want to talk to your ex at all, that’s cool, too. You don’t need to make promises about some future friendship if you’re really not feeling it. If this is really the end, stand your ground, and don’t float the idea of being friends at all. If your ex persists, try having a mutual friend reiterate your feelings to them. In the end, if you don’t want to have a relationship of any kind with this person, that’s your prerogative, and it’s not your responsibility to explain yourself again and again.

You will survive your breakup, I promise! Your friends will still be your friends, you’ll have more time to focus on yourself, and you might even meet someone else. There’s no way to know how you’ll get along (or not) with your ex, so your post-breakup life should mostly be about self-care instead of dwelling on your her/him. It might be scary to think of your life without them, like it was for my friend Julia: “I think I was scared that I was going to look back and regret not trying harder to make it work,” she said. But, like most people, she realized that her decision was the right one: “In reality, not once have I looked back and wished I had stayed with someone I broke up with.” You and your ex will move on, and then one day one of your friends will interview you for an article about how you dealt with that stuff.

Stay strong, girl. Breaking up is hard, and seeing a future through the couple of tough weeks or months that follow is harder. Trust yourself—you know what’s best for you. ♦

* Jeff’s name was changed because my seventh grade pro/con list makes me feel like a Mean Girl.