A free tour of the creepiest, most magical parts of your brain. 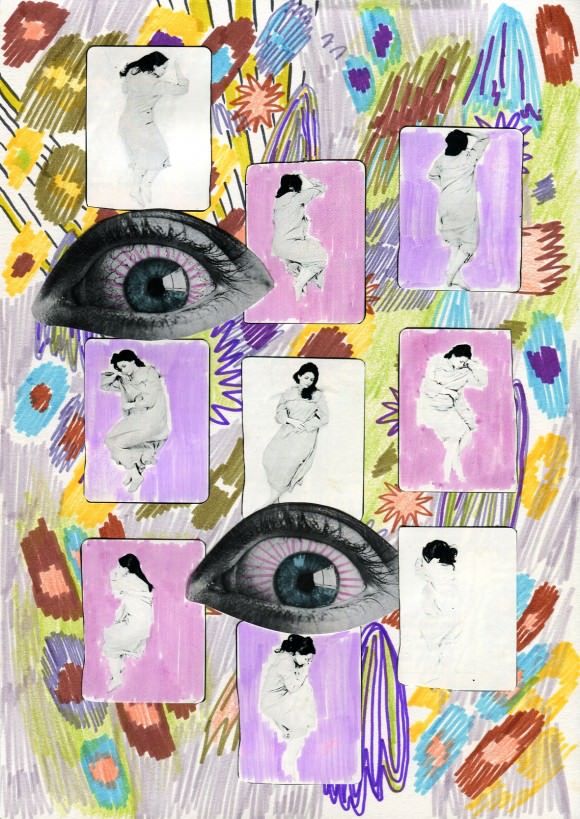 Everyone has at least one dream killer in their lives—it might even be you. This is the person who, the moment someone starts describing a dream they had, gets instantly annoyed. Their eyes roll, dart around, or glaze over; they sigh extravagantly; they may employ some of the “Hands” techniques in Tavi’s bitchface tutorial. I suppose it’s understandable—words have a hard time conveying what makes any dream fascinating or cool or scary or unshakeable. As Neil Gaiman wrote in his essay “Where Do You Get Your Ideas?”:

Dream logic isn’t story logic. Transcribe a dream, and you’ll see. Or better yet, tell someone an important dream—“Well, I was in this house that was also my old school, and there was this nurse and she was really an old witch and then she went away but there was a leaf and I couldn’t look at it and I knew if I touched it then something dreadful would happen…”—and watch their eyes glaze over.

I’ve always had vivid dreams. Some of my earliest memories, in fact, are of nightmares I had as a child. I’m a lucid dreamer–which means that I recognize I’m dreaming while I’m dreaming, and can sometimes control how things turn out. It’s not something I ever practiced (though apparently you can try), but my family is full of weird sleep habits (talking, walking, eating, paralysis, and—giving the creeps to everyone I’ve shared a room with—laughing), so I think I inherited that ability. I remember most of my dreams upon waking, so I’m always trying to describe them to other people, who generally look confused or even frightened after a few minutes. It usually goes something like this:

Me: OK, so I was in this city—it’s a city I’ve been to a million times in my dreams, but never in real life. And there was this woman in a purple dress floating behind me, and then everything slowed down and I couldn’t move. And then Joey from Friends was there and he was like, “Hey! Where are all the sandwiches?!” What do you think it means?

It used to bum me out that other people couldn’t see the things I saw when I slept (especially because I LOVE hearing other people’s dreams—it’s like getting a free tour of the creepiest, most magical parts of their brains), but after trying and failing to explain my dreams to others, I realized that perhaps my dreams weren’t meant to make sense to anyone but me. Just like everyone else on earth who falls asleep and into another world, my dreams are my brain’s own movie studio, jumbling up all of the information I’ve ever collected and spinning it into impossibly strange tales for an audience of one. So rather than bore everyone to death with my tales of places they could never go, I started writing my dreams down in a notebook I kept by my bed. I was about 15 when I started, and I still write the good ones down today. And as soon as I finish writing down as many details as I can remember, I break out the dream dictionary and start analyzing.

Now, I recognize that dream interpretation isn’t for everyone. Some people just dismiss their dreams as a weird blend of the images and ideas they’ve banked in their brains over time, which is totally fair. And maybe I read too many mystery novels growing up, but to me there’s something romantic and spooky about hidden messages, and it’s super fun and interesting to look at possible explanations for the weirdness that takes place when I sleep, especially when I have a dream that you can’t shake.

The key to analyzing your dreams is a dream dictionary, which provides an A-Z list of symbols that commonly show up in dreams (colors, animals, foods, etc.) and the traditionally accepted meanings attached to them. Dream Moods is a stellar online dream dictionary, and I’ve been using it forever. Even if you don’t believe in that there are “secret meanings” attached to specific symbols in your dreams, it’s a cool exercise to see what’s traditionally associated with the images that keep popping up in your subconscious. If nothing else, it may cause you to consider the images you take in during your waking life, and which ones seem to stay with you when you fall asleep. You might not take away any deep spiritual meaning, but you may pick up an appreciation for, say, your brain’s obsession with bears riding unicycles. Or you might you figure out that you have a nightmare every time you eat candy corn before bed. It’s a way of monitoring how your daily input affects your nightly output, so to speak.

The thing about dream analysis is that you tend to get what you’re looking for out of it. The way you read your dreams is kind of like the way you read your horoscope or a fortune from a cookie: It’s all up to interpretation, and many dream-dictionary entries list several meanings. For example, according to Dream Moods, this is what it means when you dream of glitter:

To see or throw glitter in your dream suggests that you need to be more outgoing. Express yourself! The dream may also be a metaphor for fame, glitz, and glamour, as in the glitter of Hollywood.

To dream that something is glittering indicates that something or someone is trying to get your attention. Alternatively, the dream may indicate that things are not always what [they seem]. Consider the phrase “all that glitters is not gold.” Don’t be fooled by what is on the outside or how things may appear to be.

See what I mean? There’s a pretty wide spectrum between “get out there and be famous, girl!” and “you might want to beware of a potentially shady person in your life.” But that’s part of what makes dream interpretation so fun—after a while, you start to notice patterns in how you react to the symbols in your dreams, and it gives you a better sense of the true emotions you’re hoping will be validated. Kind of like that trick when you flip a coin and check your gut with the results. If you’re disappointed that the coin landed on heads, it means you really wanted tails to show up. Know what I mean? Same thing goes for dreams: If you find yourself always feeling validated by dreams that supposedly mean “you’re going to get over a breakup” or “you will find success soon” or “you feel misunderstood by those who love you,” well, those are real emotions surfacing, and those are worth tracking alongside appearances by Joey Tribbiani screaming about meatball subs while flying on a skateboard and wearing a robot costume, you know?