Literally the Best Thing Ever: Step Up

Jeté-turning their way to love. 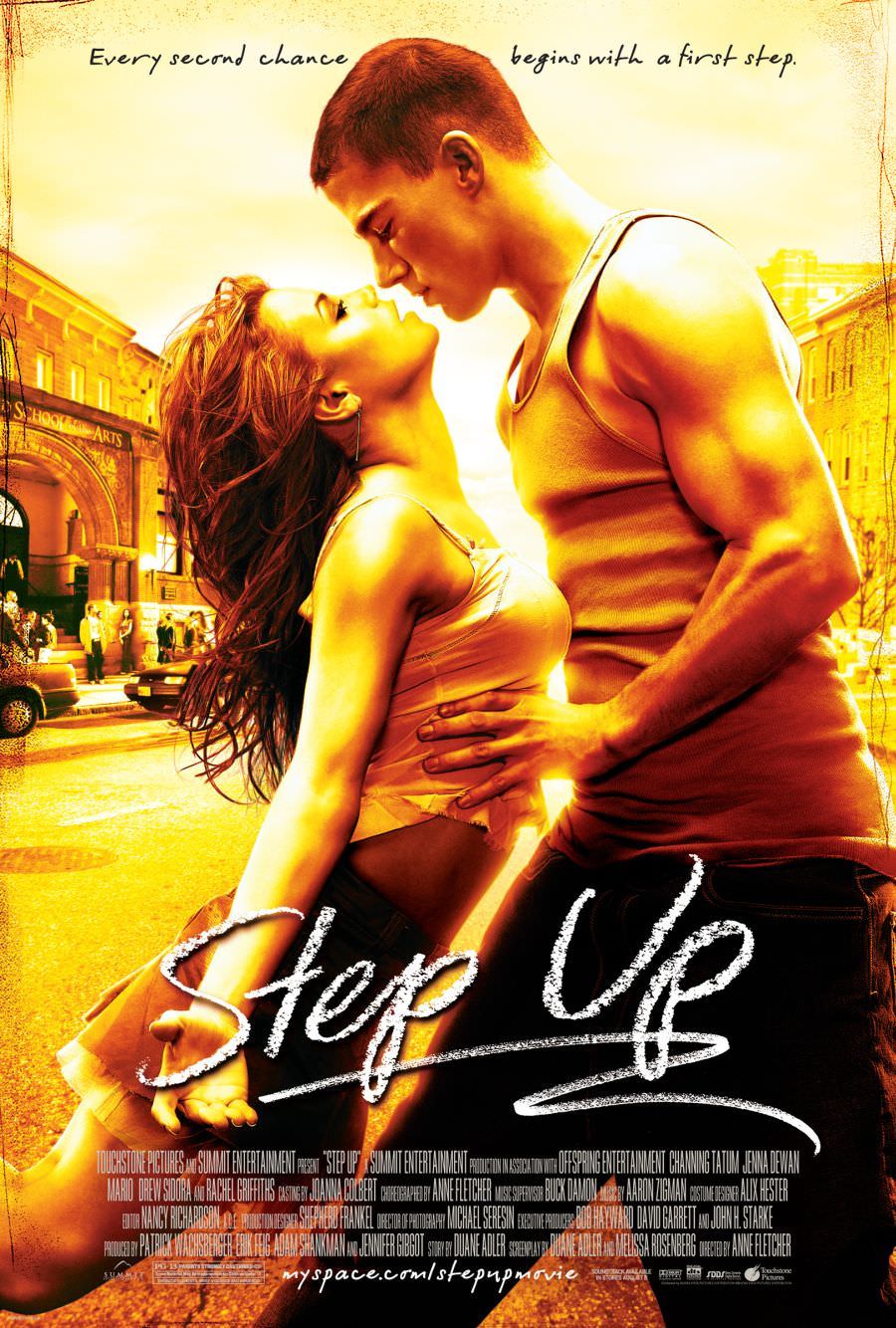 As a former dance teacher who has seen every contemporary dance movie in existence, I consider myself an expert on the genre, similar to how Egyptologists can tell you everything about the astronomical alignment of the Giza Pyramids. Archaeologists excavate ancient pots; I study the trajectory of the choreography in dance movies from the 1980s to the 2010s. The choreographer Laurieann Gibson is my King Tutankhamen.

Most dance movies follow a very specific template, from which they rarely diverge. The story line usually goes like this: The main character (usually a girl) is a dancer with some kind of goal, like getting into a good dance school (Save the Last Dance), keeping the community dance center afloat (Honey), or winning a spot on Dance TV (Girls Just Wanna Have Fun). There is always some kind of obstacle between the dancer and her goal, such as a deceased parent, a mean parent, or gentrification, and there is also a foil, usually in the form of a boy who may be a foe at first but is also clearly a love interest. Said boy is usually some kind of bad influence: Maybe he’s from “the other side of the tracks,” or—horror of horrors!—perhaps he does street dancing while the girl-protagonist is a studied professional. Most dance movies are quite happy living in this Romeo and Juliet world of star-crossed lovers, except no contemporary dance films have ended with a suicide pact.

In keeping with this Shakespearean influence, there’s often an element of class and/or race tension that fuels the fire in these movies, particularly the ones that celebrate hip-hop dancing (i.e., most of the good ones after 1995). A good example of this trope is 2001’s Save the Last Dance, the overarching theme is INTERRACIAL LOVE (yes, in 2001). Julia Stiles’s character, a ballerina, is the only white girl in a mostly black high school in Chicago, and she gets crap because of her budding romance with Derek, who teaches her how to dance hip-hop. Yeah, it’s totally oversimplified and cheesy, but it shows how StLD, like all dance movies, has a kind of progressive heart that yearns to chainé turn across sociopolitical barriers and imagine a better future.

The four movies in the Step Up series (1, 2, 3D, and Revolution) do not diverge from this well-worn template, but TK, and I expect the recently announced fifth installment will also fall in line. Each installment of the wildly popular franchise has explored some facet of class tension and—key to the dance-movie narrative—parental disapproval, by forcing a main character to defy the wishes of her or his guardian in order to forge a path for themselves, to literally DANCE THEIR WAY TO FREEDOM. Step Up: Revolution, released in 2012, even managed to capture the spirit of Occupy by revolving its plot around main character Emily’s rich dad’s plans to plop a crappy luxury hotel in the middle of street dancer (and love interest!) Sean’s low-income dance-community steez. In order to stanch the flow of gentrification, Emily and Sean must—what else?—DANCE. The message of every Step Up movie is that everything can be overcome by a well-orchestrated dance-off.

I love all of the Step Up movies. My critiques are so minor—I found the plot of Step Up 2: The Streets vaguely convoluted, and the flash-mobbing in Step Up: Revolution somewhat dated, though this acrobatic, proto-Spring Breakers sequence from Revolution remains one of my favorite non-music-video dance scenes of all time. The franchise has remained so successful for so long (the first one came out in 2006) not just because they one of the installments was in THREE-DEE, but also because their incredible cinematography and exciting, adrenalin-tapping choreography combine to make you feel like you’re right up in there battling it out in the moment.

As with most franchises, the best Step Up movie is the first. The most obvious reason for this is Channing Tatum. This was very early in his career, the same year he was in She’s the Man with Amanda Bynes. Tatum’s breakout role was the titular character in last year’s Magic Mike—a performance that seemed to surprise some unknowing critics, but those of us in the Step Up world saw this coming six years earlier, in what will be known forevermore as the parking lot dance. In this sequence, Tatum totally stunts on all the ballerinas at the school where he is doing community service by doing all their crazy spins and jeté turns, but also getting down with the mettle of a b-boy, at certain points flipping himself off the hood of a car. It is a beautiful show of personal athleticism and expertise, and it gave us a glimpse of the amazing actor he would become:

Tatum isn’t the only attraction of the movie—there’s also Jenna Dewan, a real-life backup dancer for people like Janet Jackson who, after shooting Step Up, became Tatum’s real-life wife. As Nora, she plays a modern dancer who aspires to join a professional dance company and lets Tatum teach her the moves of the streets while they fall in love in the process. I’m not giving away any plot points—it’s practically a national law that the two main characters in every dance movie must fall in love—but what I won’t tell you is how they come together in the end, even though you can guarantee it involves sick dance moves. In dance movies, choreography conquers all, even more than love. ♦