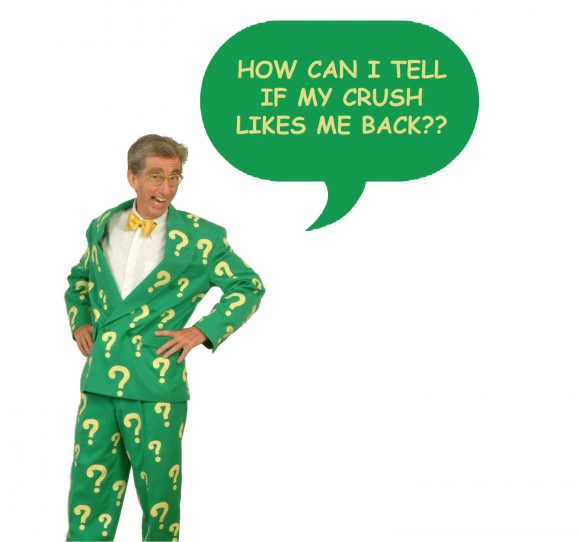 I haven’t had Facebook for two years. I found it tiring to maintain a persona, and I was constantly comparing myself to others when I was on it. I also always felt pressured to take good photos all the time, which made me kind of anxious. A lot of people act like it’s weird that I don’t have it, though—some are even hostile about it. One friend told me that employers are less likely to hire you if you don’t have a Facebook account. I’ve been trying to remind myself that Jessa from Girls isn’t on Facebook, but should I just suck it up and re-register? I’m kind of nervous that if I do, people will look at my history and see that I haven’t been doing much for the past two years. —Claire, 18, Sydney

I salute you for being both decisive and mysterious. I didn’t have Facebook for years, and I never felt bad about it for a second—it always felt like a part-time job to keep up with people in what felt like a superficial way, and I was not willing to welcome ol’ man Zuckerberg as my new information overlord, so I peaced right the hell out.

I can understand feeling pressured to rejoin—people can be relentless about things they think are good for you. But remember that you quit for a valid reason: You were tired of maintaining a persona and comparing yourself with others. If staying away from Facebook makes you feel happier and better about how you interact with the world, it is 100 percent the way to go.

Do you use other social media? The next time someone gives you lip about not being on FB, just say, “Duh, I’m on Twitter, where everyone fabulous hangs out and I can send a message to Channing Tatum if I want to.” If you don’t use any social media, that’s even better—they’ll be scrambling to figure you out, and you’ll keep ’em guessing about how you spend your time, which is really none of their business in the first place. Just by not having FB, you’re halfway to mastering the sort of aloofness people struggle their whole lives to adopt! If people won’t let up on the pressure, remind them that it’s very rude to get up in your face like that.

Here is something I can promise you: No employer cares whether or not you have Facebook, unless you are applying for a job as a social-media person (or a job at Facebook), and there are privacy laws in most countries that prevent employers from accessing your private online information, anyway. Most potential employers just want to know that you’re not a liability or a weirdo, and there are a bunch of other ways to find that out. Don’t get Facebook just to get a job! (Would you even want a job that requires it?)

Right now I have a fake Facebook for work (with a fake name, all fake bio information, using an email associated only with my Facebook account)—you can always go that route if you need to. But trust me: You’re not missing out on anything by not being on there. And what you’re gaining in time and mysteriousness is invaluable. —Danielle

I have a crush on a guy who probably thinks I’m a lesbian, because until recently I thought I was. The problem is that he is incredibly nice to everyone and physically affectionate (in a completely respectful way) with everyone, and he has a flirtatious sense of humor with everyone. How can I tell if he’s interested in me when he acts like he’s romantically interested in everyone? I’m not comfortable just telling him that I like him without at least having an idea about his feelings, as I’ve ruined a very meaningful friendship by just approaching a girl like that in the past. —Sophie

Ah, hello there, my young sunshine cadet. Before we begin work on solving today’s mystery, Sophie Drew and the Case of the Ambiguously Intentioned Flirt Machine, I want to let you know that, as a fellow not-always-straight person, it’s totally OK to switch the way you think of yourself in terms of your sexuality, or to choose not to identify any which way you want. I hope you’re not bugging out too much about, like, BEING A REAL LESBIAN/STRAIGHT PERSON/BI PERSON/ANY OTHA KINDA PERSON, as I did as a teenager. None of your feelings make you, like, dishonest or anything, and you should feel footloose and fancy-free about getting down with people of whatever genders you want, without limits. Just had to say my piece in that regard before we move on to your dilemma with the inscrutable crush-boy who, as we will discuss, is really not all that inscrutable if you don’t want him to be. After all, you’re SOPHIE DREW, a prodigy girl-sleuth with a good head on her shoulders (I have decided this identity for you and will not tolerate backtalk here—you’re too relentless in your pursuit of the truth for it to be any other way, sorry).

This is gonna seem like SUCH AN OBVIOUS QUESTION, but what I’m really asking you is to sincerely pay attention to detail, nuance, inflection, and all the other small-seeming stuff here—aka SNIFF OUT THE CLUES. What are the actual differences in the way he treats you versus the way he treats others? Like, does he talk to/touch all of his friends with the exact same degree of flirtatiousness, or do you feel like he pays special attention to you in particular? Most important, though, is to take a minute and seriously ask yourself if you honestly and truly feel the sexual-tension-based frisson that comes from mutual crushed-outness when you’re around him. This is an ineffable thing and impossible to pin down; it’s just a sensation that you either feel or you don’t. If you’re thinking the answer is definitely yes on this front, move on to the next paragraph, but if you’re uncertain, take some more time to carefully observe his interactions with people. Don’t, you know, stalk him like a sex-hawk and ogle him blatantly whenever he opens his mouth—just try to stay closely attuned to his behavior around you and others, which I’m guessing you’re already doing if you’re as crushed out on him as you seem to be. This could just be his way of relating to everyone, period, or it could be a way of trying to neutralize/make the flirtatious feelings he has toward you seem like less of a big deal. (“If I just act this way with everybody, maybe she won’t be able to tell I like her!”—his brain, maybe.)

Either way, if he’s this unguarded about flirting with people and being physical with them, which many people are uncomfortable with, or at least more restrained in doing themselves, he’ll likely be equally as open/non-weird about the inevitable repercussions of this behavior. In other words, he can’t be all that shocked that not EVERYBODY is going to maintain their platonic feelings toward him. Because of this, Sophie Drew, I don’t think you’ll be losing a friend if you approach him in a super-casual way about your feelings. Figure out some non-dramatic and playful way to let him know what your heart does when you’re around him. Maybe something like: “I think it’s cute when you give me back-rubs in free period.” Then see what he says! If he sweet-talks you back, ask him if he wants to hang out, and he says no, play it off like the kind of affectionate joke that he’s ever so fond of making.

If you still feel nervous about this, here’s an even lower-risk way of seeing what the state of the union is: Ramp up your own flirtatious moves toward him. If he’s touchy and tickle-y, touch and tickle back! When he makes a joke about what a babe you looked like at the school dance, counter that with “You’re not so bad yourself, Brendan.” Then see if things escalate. If they do, you’ll have your answer, plus a new makeout partner. If not? No harm, no foul.

Either way, you got this, Sophie. Now go forth and flirt your heart out, girl. Good luck with Brendan, and if it turns out that you guys are just friends, you’ll at least have practiced upping your game for the next time you want to mack it to somebody, you minx, you. —Amy Rose

I finally told my crush that I like him (by text message). His response was sweet, polite, and considerate but ultimately a rejection. Although I am proud to have gone after what I wanted with no restraint or shame, the rejection still really stings, and I want to get back out there without too much damage to my self-confidence. Any tips on how to deal with the yucky feelings of rejection? —Gabrielle, 16, France

First of all, many props, snaps, hair flips, and high-fives for being brave enough to put your feelings out there. I love and admire people who have the courage to be open with their feelings. It’s VERY REAL and VERY SCARY! I’m even happier that you aren’t regretting your confession, even though your crush’s response wasn’t what you would have preferred.

I won’t front, though—this shit totally hurts. The pain of rejection can feel as excruciating and terrifying as 1,000 scorpions playing double-dutch jump-rope right on top of your heart. It super sucks, but it’s going to be OK.

We can’t control how people will react when we reveal our feelings to them. Sometimes you will be the rejected, and other times you will be the Rrjector! ::A giant shrug Emoji descends from the skies:: I have been on both ends NUMEROUS TIMES—particularly the rejected end—and while neither side is a barrel of LOLz, I can tell you that as much as it hurts right now, you will totally get over it. Not every person you’ve got your eye on is going to be the right one for you; sometimes the hunk or hunkette of your dreams won’t reciprocate your feelings, and the reason might not be so crystal clear.

This situation does not invalidate you, and it has nothing to do with who will actually end up as your sweetfart in the future. There are millions of totally cool people in the world! When I find myself getting down or hopeless about love, I say to myself, If I exist and I’m super cool, then a person who is just as cool as me has to exist, too—I can’t be the only cool one around here! Then I stomp my feet and lower myself into the splits. It makes sense, right? (The part about not being the only cool one, I mean, not the splits—that’s just a habit of mine.) Please don’t let this rejection derail you from putting yourself out there again, or prevent you from being prepared to meet the person who is right for you. Rejection won’t have as painful an impact on you next time, especially when you are secure with yourself and aware of how lovely you are, so let’s always remember that, too. —Marie ♦

Got a question that you want a total stranger with no professional advice-giving qualifications to weigh in on? Send it to [email protected]. Please include your NAME, nickname, or first initial, plus your AGE and your CITY.