A warm river of a new song, plus a conversation that made us want to hunt down and tackle our wildest dreams. 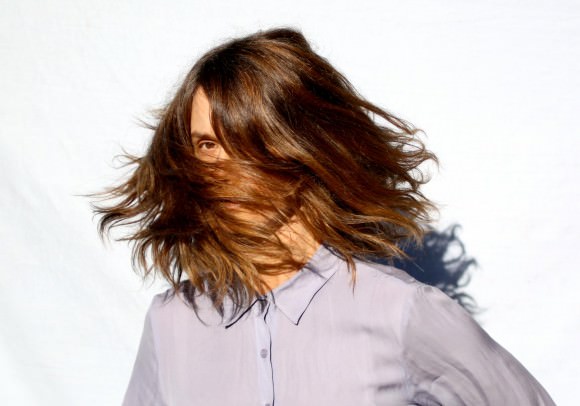 Photo courtesy of the artist.

Juana Molina’s voice is airy and lilting and sounds like slightly sad magic, protected by a cushy layer of guitar chords. The Buenos Aires–born singer-songwriter has been touring internationally for over 10 years, playing songs that combine elements of folk and electronica and a little bit of South American jazz.

Molina, who turned 51 yesterday (happy birthday, Libra!), has already led a remarkable life. After a military coup in 1976 established a brutal dictatorship in their native Argentina, Molina’s family fled to Paris, where she grew up listening to music from all over the world and honed the guitar style she’d been working on since the age of six (her father, a tango musician, taught her to play). But when she returned to Argentina, her career took a quite different route: comedy television. She landed a role on the incredibly popular TV show La Noticia Rebelde (literally, “the rebellious news”) and eventually developed her own sketch show, Juana y Sus Hermanas, which made her a huge star across Latin America.

The whole time, Molina longed to make music—and sometime in the mid-’90s, she found the courage to do so, starting with her 1996 album, Rara (“weird”). She’s about to release her sixth album, Wed21 (out October 28 on Crammed Discs), and we are proud to premiere this warm river of a single, “Sin Guia No” (“not without a guide”):

Last week, Molina Skyped me from her house outside Buenos Aires to talk about her artistic process, beauty, and not letting your fears get in the way of your dreams.

JULIANNE: It’s been five years since your last record [2008’s Un Dia]. Why the break?

JUANA MOLINA: I was touring a lot, and everything I had to say musically felt more or less the same. I wasn’t inspired. I just didn’t feel like writing.

That happens to everyone, but since being a musician is your job, did you feel extra pressure, or were you OK with taking a break?

There is some pressure, it’s true. I was OK until last year, when I said, Well, if I want to keep playing, I should have a new record, so I started to write. Once I started to write it, though, I wasn’t feeling it. I was looking for something I hadn’t done before, musically. I didn’t want to have a record that would follow the path of the previous ones.

Did you worry that you were repeating yourself?

I just felt that I had found a way to write that started with Segundo, which was written in ’98. The way I wrote that record led me to a way of playing live: with loops. When I wrote the songs, I wasn’t recording the loops—I was just playing parts over and over again because I just felt so much pleasure in playing that little part forever. But live, I couldn’t have someone playing the same three notes forever, because I didn’t want the [other] musicians to be bored. I was going to shops and begging for a machine that could do that, and one day they said, “We have something that may be what you’re looking for.” The fact that I found a machine [the Boss RC-20 Loop Station] that thought the exact way I think—it was like having a robot of myself. I couldn’t believe it existed. So I was able to adapt the songs for the live show, and it became very easy for me to compose this way, because there was a sympathy between the machine and me that was like…cogwheels. It was really comfortable. That’s how I made [the albums] Son [2006] and Un Día [2008]. But I really didn’t want to do another record like that. It was too easy.

So how did you write Wed21?

Tell me about the cover art. 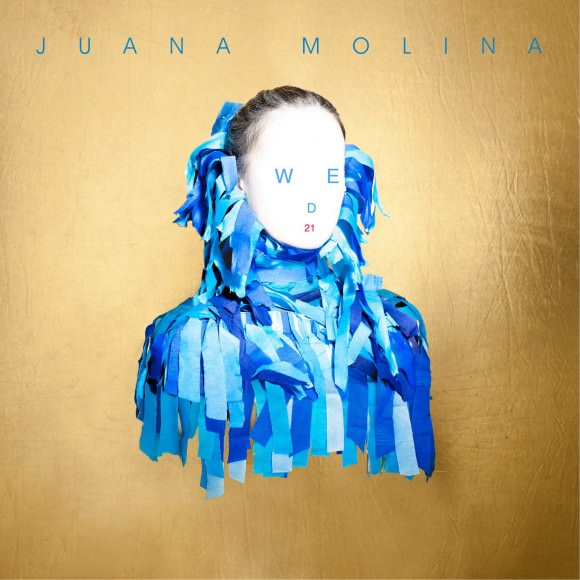 My friend Alejandro [Ros] and I bought crepe paper in every single color we could find, and he had this idea to wrap me as a colorful mummy. We took a thousand pictures of [me as] the mummy, but the pictures [turned out] too pretty. I looked like an 18-year-old! I honestly don’t know how it happened, but I looked like a model. I said, “OK, this is very pretty, but never in my entire life would I put this face on the cover of my record. We will have to go over my dead body to use these pictures.” So we decided to erase my face.

That is probably not something that most people would do.

Listen, I would love to be the prettiest girl on the planet and be forever young so that people would turn their heads when i walk. But not in a picture on an album cover.

How do you write best?

I need solitude. If someone else is there, my mind [starts] working, and I need to be completely mind-free while I’m composing. If my mind is working, the record will be crude. My mind works against my creativity. When I’m alone I can do anything, absolutely anything, and if I don’t like it I just delete it, and no one would ever, ever know! But if someone is there, I will try to be good all the time and not do silly things. If you don’t do silly things, you will never discover anything new. The only way to find your ideas is when you—and only you—are completely convinced. If other people don’t like it, you won’t care, because you are convinced. The problem is when you doubt and you’re not sure within yourself about what you’re doing—then you are vulnerable and insecure, and you can become a mess. I know what I’m talking about because I was like that!

How did you get over that?

Well, that’s the story of my life. It’s something that I still have to deal with. But the thing you have to think about is the time you waste by not doing what you want to do. I think about the many, many years that I wasted because I didn’t dare to play music. There’s nothing that will repair that. Time has gone. Years pass by. And I started what I always wanted to do 20 years later [than I should have]. Twenty years is a long time. When you’re young, you can’t understand that. But not doing the things we don’t dare to do—it’s because we’re paying too much attention to what others say. And the question is: Who cares? Because if you don’t do it, someone else is gonna do it. And if someone else does or makes a thing you’ve thought about before and didn’t do, you will really hate yourself. You just have to make sure that what you’re doing, or thinking of doing, is a true passion, and not something that someone else wants you to do, or something that’s just fashionable. But once you discover what you want to do, do it as soon as possible.

Why did you wait 20 years to play music? Were you afraid?

Exactly. Because I couldn’t open my mouth in front of people. I was so embarrassed and self-conscious. My hands would shake, my voice would shake. I was afraid to fail—to sing out of tune, to hit the wrong note—so I just didn’t dare. I needed to be “perfect.” That idea of perfection is what can ruin something in someone. God doesn’t allow me to be perfect, because perfection is boring. And in order to learn how to do things, you need to do them!

I finally decided to do it because if I didn’t, I was gonna DIE! Honestly, that’s what I thought: that I was gonna die if I didn’t do what I wanted to do. And when I started doing it, it was even worse than before: I was a grown-up woman, shaking onstage. Plus, by that time I was a TV star whom people admired, and some people would just be on their knees for me. But there I was, shaking onstage. It was very hard. Even talking about it now, I am shaking! It took me years to get it right. Not even to get it right—just to be able to go and do it.

Do you think you had to get older to be able to do that?

No. I think it was just going and doing it. It would have been so much easier if I had started when I was 18, or 20. But even though I did it really late, it’s never too late. You know, Nike’s slogan is really the best slogan you can ever think about: Just do it! Go and do it! There are no valid excuses [not to]. We see our excuses as real things, but they’re just a barrier you built between you and what you want to do because you are afraid to try it and fail. No one wants to fail, but you will never know if you don’t try it. Maybe the first few times, you’ll have a bad time…but then you won’t.

I think there’s a little bit more freedom now, though, than when I was young. But I could talk about this forever, because it’s one of my favorite topics. I see young girls now being much more open and much less self-conscious than young girls were when I was young. I think beauty has many meanings now. You can be beautiful without being born beautiful—that is, within the plastic parameters of “beauty.” I envy that, and I see that in my daughters’ friends. They all have their personalities, and when you take that as the most important thing, nothing else matters. I think it’s less of a man’s world now than it used to be, and many things have changed because of that.

How old is your daughter?

How do you encourage her to be an individual?

I can’t encourage my daughter, because everything I tell her is the opposite of what she wants to hear! [Laughs] ♦