The rapper/big sister talks about the stuff she likes best. 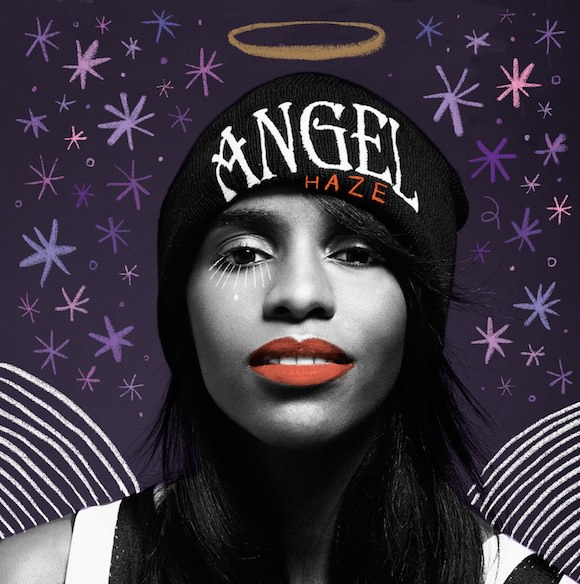 Angel Haze has an album coming out early next year, and all this month she’s been releasing new freestyles, including at least one that made us cry. But she still found time to let us know what’s been brightening her days lately.

1. Burrito bowls from Chipotle. This tops the list. I always order one with a ton of rice, double chicken, mild sauce, and extra, extra, extra-extra cheese—to the point where it’s really hard to close the lid on the bowl. I’m sort of bicoastal right now, and whether I’m in New York or Los Angeles, there’s a Chipotle literally 500 feet away from my house. They know my order as soon as I walk in.

2. Motorcycles. I have a Harley-Davidson Iron, which I got a month or two ago, and a 1971 Honda CB350. I like the cruisers and the classics—bikes that have the really old look but a modern feel. I’m having mine customized. I like bright colors, but I also want to play with the tires and the rim patterns and the chrome aspects. You know how Justin Bieber has a car that’s all chrome and reflective? I want that on a motorcycle. It’s gonna be wicked.

3. Skateboarding. I actually haven’t skated since last summer, but it’s still one of my favorite things to do. I never have enough time, and I don’t really do it when I’m in New York because all my boards are in L.A. Z-Flex boards are like some of the best boards ever. My other favorite is from Diamond Supply. It has Cassie on the back, and I’m in love with her.

4. Grand Theft Auto V. This game is my guilty pleasure. Whenever I have a day off, I don’t move from my couch—I just play it all day long. In this particular version, you can skydive. You can fly planes. You can switch between different characters and their lives, which makes the game last that much longer because each mission is a lot different. I bought two copies—one was for my little brothers, but I played it, and now I won’t give it back to them because it’s just all terrible! You kill people, and there are really raunchy strippers, I kid you not.

5. Family. Most of my family is in L.A. When I’m back home, I hang out with them every day, or I try. I have one older brother, three little brothers, and one little sister. My sister is a five-year-old crazy thing. She’s my scariest sibling. Once I was gone for two months, and when I came back she was like, “What’s your name? I don’t remember it.” She’s that scary! The most I’m going to get out of her is to take her to a toy store and let her buy whatever she wants. I have a little brother who is 14 and likes to play basketball, so he comes with me to L.A. Fitness and we play. I have another little brother who likes robotics, and sometimes I go with him to his robotics class. I don’t even understand how an 11-year-old can build a robot! And my other little brother is six; he likes riding his bike. I would never let my younger siblings come to my shows. They’re not allowed to go any shows where there’s swearing. If they want to go see, like, One Direction? That’s fine. ♦