If only there were a 12-step program for misogynists. 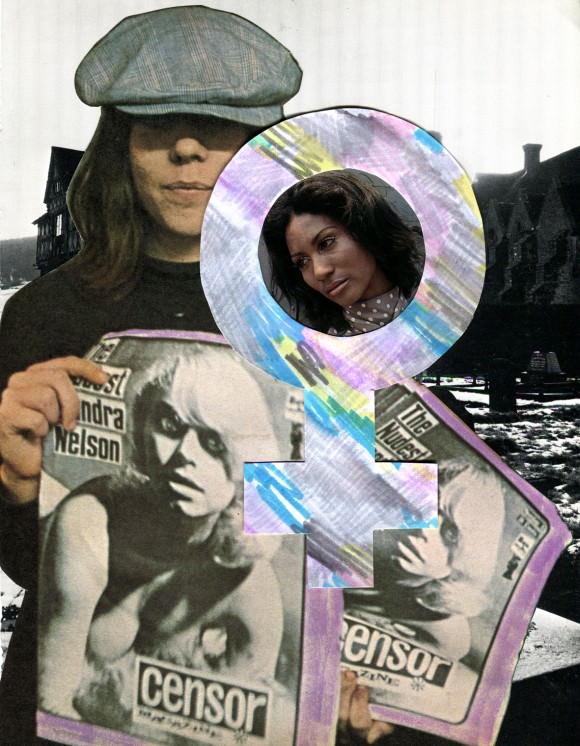 When I started high school, I despised a girl named Ella* who had recently joined the small group of friends that came with me from my primary school. She seemed to appear from nowhere, instantly fitting in with the popular group I had worked hard to join, getting invited to all the parties, and being the object of my crush’s affections. These things gave me enough reason to hate her. At one of the first high school parties I attended that included drinking, kissing, and sleeping over, Ella hooked up with a guy under a sleeping bag in a room full of people too terrified to touch one another. I had no feelings for the guy she slept with, I didn’t see what happened, and it didn’t affect me AT ALL, but none of this stopped me from judging her really harshly. While IMing with a friend the day after the party, I took it upon myself to detail what had happened and how “slutty” Ella had acted at the party. I vividly remember calling her “dirty” for what she’d done. As I ran down a list of misdeeds I knew nothing about (I was a 14-year-old kiss virgin), I felt totally justified: Ella had done something I didn’t like, and I had a duty to register my disapproval with our peers.

The next day at school, the girl I’d been IM’ing brought a printout of our conversation to school and showed everyone. But rather than revile me for being a gross, unfair, jealous gossip, people took my side. I still feel guilt today over how I treated Ella, and other girls like her, back then. It’s really difficult to get over the shitty things I thought, said, and did 10 years ago, and it’s not like I can go to a Misogynists Anonymous meeting and embark on a 12-step program to deal with them.

As a teenage girl, there was nothing I wanted less than to be a teenage girl. I mean, I thought I was pretty great, but I held the very misguided idea that my fellow girls were less awesome than I was. I felt no greater pride than when I was considered “one of the boys.” I spent my tween years in baggy cargo pants and secondhand surfing tees, in an effort to be a tomboy on the level of Roberta, Christina Ricci’s character in Now and Then. I made it my mission to let adolescent high school boys know I wasn’t just another dumb girl, because there seemed to be nothing worse. I was a chronic girl-hater.

I know I didn’t come to that behavior on my own: Girls are basically trained from birth to hate one another. Even kids’ shows have plot lines about one girl stealing another girl’s boyfriend; and even in 2013 we are encouraged to look down on women we think are “sluts,” to see every other female as a threat to our relationships and self-worth, to disparage the looks of women we disagree with politically or intellectually, and to regard successful women as “bitches.”

When I was 16, I discovered feminism on a very basic level when my modern-history teacher used Pink’s “Stupid Girls” video to introduce the concept to my class in a way that made a lot of sense to me and got the wheels going in my brain. But it wasn’t until I was 19 and in my second year of university, when I was exposed to revolutionary ideas and surrounded by new friends who supported, encouraged, and agreed with my fairly new worldview, that I began to really develop the feminism that I call mine today. It’s always expanding and evolving as I get older, but one thing never changes: I will always feel some remnant of guilt and shame for the myriad things I said and I did during my PF (pre-feminism) years in the service of making Ella and other girls feel bad.

Every feminist has a different story about their journey to feminism. Some people change perspectives as a response to a specific event; others grew up in really socially conscious environments and can’t imagine anything else. I built my feminism Lego-tower-style, brick by brick, adding, removing, and changing components as I went along. Kathleen Hanna did an interview with The AV Club late last year where she described how her particular feminism evolved from a knee-jerk, man-hating breed to something more all-encompassing and universal after she had been exposed to the effects of the patriarchy on all people, including men. This quote really stuck with me, because it almost perfectly mirrored the growth in my feminism over the years, as my priorities have changed and I’ve become more accepting of the idea that feminism is not one mission statement that applies to all people.

When you first step into the Feminist 101 personality, you’re like, “Get the fuck out of my face, men!” I was just sick of it. Every movie I saw, everywhere I looked, I saw sexism. I had never been looking before. And once I had that lens on, I just got more and more rageful…I’m more interested in a feminism that ends discrimination for all people. It’s not just about a woman becoming the CEO of a company or something. It’s connected to racism and classism and gender issues that go beyond the binary. It can’t be pulled apart from those issues. There is definite overlap in many people’s lives, so you can’t just be like, “This is my only issue, this one kind of feminism about having more women CEOs or more women in Congress.” Even though that’s important. It’s more about [the] intersection.

That word—intersection—was a turning point that moved me beyond Feminism 101 and into something “more nuanced.” Basically, intersectional feminism acknowledges that people can be subject to more than one kind of oppression at the same time. Women, racial minorities, LGBTQ people, trans people, and people with disabilities experience multiple systems of oppression all at once. So you’re never just a woman—you’re a woman who is Latina, or a woman who has a disability, etc. Becoming aware of intersectionality made my feminism feel more solid and important than it had been before; it taught me that ableist, racist, and classist words and actions are as destructive as the sexist, homophobic, and misogynistic behaviors I’d slowly unlearned over the years. And I was comforted to know that, while my feminism was morphing into what it is now, I had role models like Kathleen Hanna to guide me.

When the holy princess of music Grimes apologized on her Tumblr earlier this year for having worn a bindi, I saw it as a way for her to reconcile the guilt she felt for doing something ignorant before her feminism had evolved. While he’s not exactly a feminist role model, I was really glad to see the rapper A$AP Rocky, tell Alexander Wang in Interview magazine, reconsider homophobic things he’d thought and said growing up. Rocky is an awesome example of someone unafraid to continue to educate themselves—and the people they influence—about inequality, to admit their own mistakes and apologize for them. When I was younger, I too said and did some pretty shitty things out of a combination of social conditioning and sheer ignorance. I grew up in a small town in Australia where calling someone “gay” or “retarded” was par for the course. As much as I despise these behaviors when I look back on them now, they mark an integral point in my feminist journey. They gave me things to move on and learn from, habits to unlearn, and intolerances to overcome.

It’s important to me to resist the urge to deny these phases I went through, no matter how much I want to. I’d much rather forget the years I spent hating on girls like Ella in attempts to impress boys, but that wouldn’t get me anywhere. To really learn and move on from our experiences, we need to admit to them and understand why they’re problematic. Not everyone’s feminism will follow the same path or end up in the same place, but if we start by being honest about ourselves and our own prejudices, at least we’ll be headed in the right direction. ♦

* Not her real name.