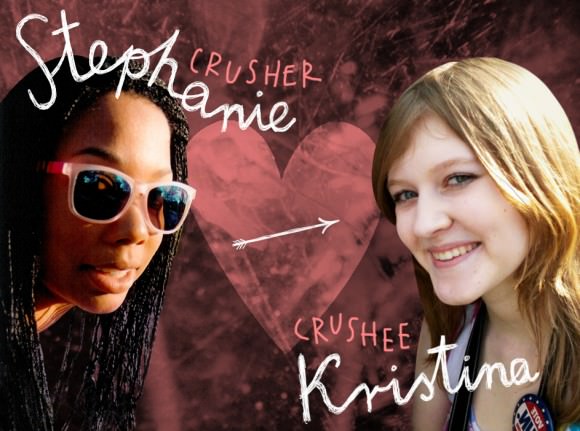 These former third-grade queen bees used to hate each other, but Kristina, 17, and Stephanie, 16, have since cultivated a friendship based on healthy disagreements, a love of music, and Gossip Goat.

Kristina and I met in third grade, and we really did not get along, on account of our dominant personalities. But by middle school we saw the light and became super-close friends. Today we go to different high schools, so we talk every single day through Facebook and literally give each other play-by-plays of our lives. Some of the conversations I’ve had with Kristina are the most honest and thought-provoking I’ve ever had.

When Kristina gives advice, it makes so much sense that you feel dumb for not having thought of it yourself, and when she is passionate about something she goes all in. She’s also exceptionally great at math, which is perfect because I am exceptionally not great at it, and if we to ever go on a trivia-based game show our penchant for picking up random facts would make us a force to be reckoned with.

Kristina is one of the most awesome, smartest, funniest girls I’ve ever had the honor of knowing, and I’m glad that I can tell her things that I would feel uncomfortable telling anybody else.

STEPHANIE [crusher]: I had a big feud with her in third grade: Every time we had recess, we would both try to pick the game that everyone would play, and we would each try to get our friends to side with us. Whoever ended up winning would gloat for the whole day. We became friends in fifth grade when we were in a lot of classes together and we stopped trying to overpower each other.

When do you think you went from friends to BEST FRIENDS?

Kristina turned to me for help when she was having a massive, massive fight with one of our other friends in middle school, and we started talking a whole lot and going to the mall—going to the mall was, like, the coolest thing you could do in sixth grade. We never bought any clothes, but we put together outfits that were completely atrocious and made each other try them on.

Do your dominant personalities ever cause you guys to have disagreements now?

We don’t really fight anymore, but we have the kind of disagreements where we need a few days to let each other cool down. Whenever we try to plan something, we want to do really different things, so we’re always trying to convince each other that our idea is the best idea! Kristina is more impulsive, and I think things out more—I like to have something planned out hour by hour.

You said in your letter that you and Kristina gives you a lot of advice. When did she help you most?

My freshman and sophomore years were rough because I started going to a new school where I didn’t know anyone. Most of the kids here already knew each other and were really close, and I didn’t really fit in to a friend group. With Facebook, I always had someone to talk to online even though I didn’t have anyone to talk to at school. Kristina and I hang out once or twice a month now, but I don’t think she realizes how much her being there on Facebook meant to me during those years.

What is the weirdest thing about Kristina?

When she gets into something, she becomes totally obsessed with it. She’s REALLY into Oasis and the Gallagher brothers right now—even though Oasis broke up, she still tracks the band members very closely. She reads NME and tracks down articles about Liam and Noel. Her biggest dream is for them to get back together for one show.

What is your favorite memory of hanging out with Kristina?

When South by Southwest came around last year, we both volunteered at the information booth and went to shows together, and it was a blast. Like, hanging out with your best friend at SXSW every day is obviously amazing!

When I call Kristina, what’s an inside joke that I can mention to blow her mind?

She has a dream of meeting Noel Gallagher and giving him her future son, who would be named Noel (after him), and saying, “Noel, this is my child. Please take care of him,” before dramatically dying somehow, like in an explosion, so he’d never forget her! 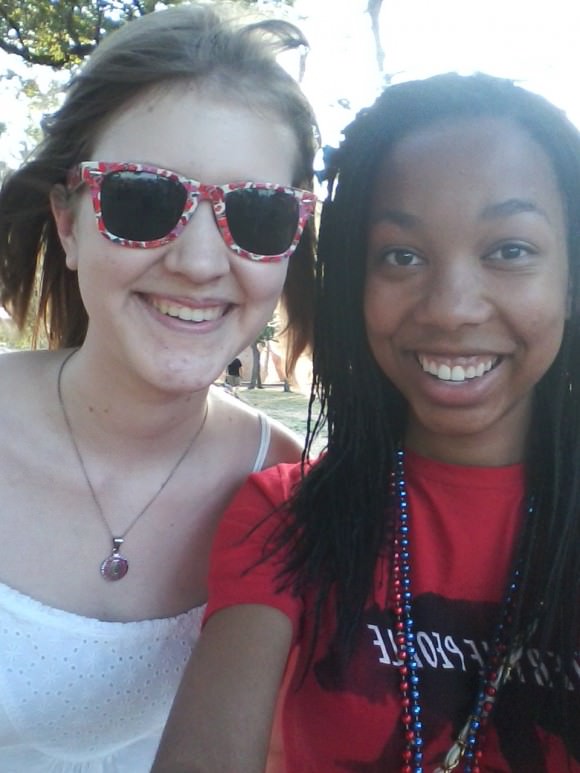 ROOKIE: So I just got off the phone with Stephanie, who told me about your desire to explode in front of Noel Gallagher. Can you confirm or deny this juicy rumor?

KRISTINA [crushee] : OH MY GOD. Confirm. I love Oasis. She doesn’t get it! I’m gonna give Noel my child, and then I’m going to die, and I’m going to sing his cover of “There Is a Light That Never Goes Out” by the Smiths while I’m dying. I wouldn’t know what to say to him if I met him; I don’t think I could handle myself. If I died, I wouldn’t have to be there to deal with it.

WHOA, that is some real shit! She didn’t tell me that part!

Well, I was happy when she got the flu, so I wasn’t totally innocent!

The biggest similarity is probably that we share the same politics. We also both like to be in charge. And we both LOVE music—that’s a really big thing, even though we’re into really different genres. And the biggest difference is that I take more risks than she does. She’s more of the parent, and I’m the reckless child.

Can you describe a situation where you’ve wanted to do something and she’s been less certain about it?

A couple weeks ago, we went to this big music festival, Austin City Limits—I was all for going wild and partying, but she was more calm. But it’s good, because she grounds me.

Does that work both ways? Like, do you draw her out more?

I’ve just come out of my shell this year, so hopefully I’m encouraging her to do the same thing. I just started going to more parties and hanging out with different people. I still love my old friends, obviously, but I’m in between worlds right now—the safe little-kid world, and the partying, hardcore world.

How do you think Stephanie feels about that?

She’s definitely there for me. I can tell her stuff and I don’t have to worry about her judging me, and I would never judge her. If we do judge each other, it’s in a constructive way. It’s like, “You probably shouldn’t have done that, but I’ll always be here for you and support you.” We don’t blindly agree with each other.

Can you describe a time when she was really there for you?

I’ve gotten in a lot of trouble with my parents recently, and she always supports me and tells me what I can do to make my situation better. Her not judging me is something that’s so important, because it feels like everyone else does it all the time.

Do you have any inside jokes that come up a lot?

If one of us types “xoxo” in an email or a Facebook message, the other says, “GOSSIP GOAT.” It started out as a typo, but then she made a picture of a goat with a bow in its hair saying it, and now it’s its own thing. 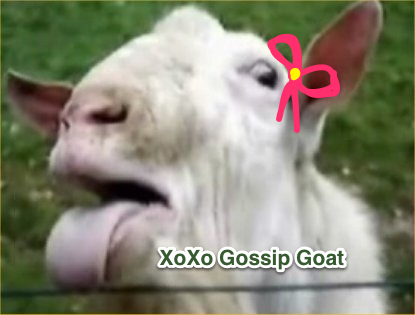 What’s your favorite thing about Stephanie?

She’s such a weird person! She’s always sending me clips of herself singing random songs, and she’s the kind of person who’ll spontaneously dance in public. She’s not at all shy or awkward around people. I just love her, and I think we’re going to be friends forever.

To nominate your friend crush for Friend Crush, send an email to [email protected] telling us a little bit about her. We will only consider submissions that include both of your names and ages and two big, clear pictures: one of you and one of her. Thank you!