It’s Your Story: An Interview With Ellen Forney

We talk to the author of Marbles: Mania, Depression, Michelangelo, and Me. 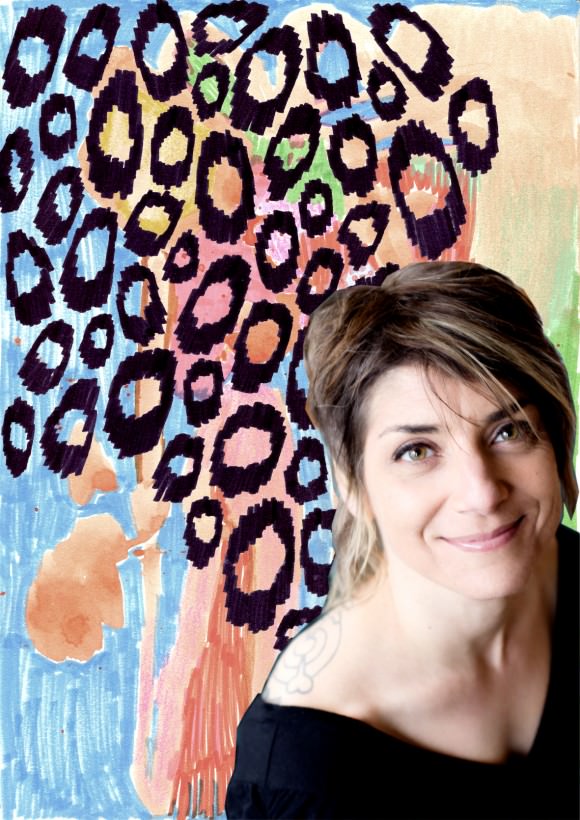 Collage by Minna, using a photo by Jacob Peter Fennell.

Cartoonist Ellen Forney has created some of my favorite comics to date, including Monkey Food: The Complete “I Was Seven in ’75” Collection, I Love Led Zeppelin, and Lust: Kinky Online Personal Ads. Her latest book, the memoir Marbles: Mania, Depression, Michelangelo, and Me, details her struggle to maintain her creativity after being diagnosed with bipolar disorder. She beautifully details not only what it’s like to live with a mood disorder, but how maintaining her health made her a better artist, contrary to the popular opinion that treatment comes at the expense of creativity. Ellen recently met me for coffee and OJ at a Seattle coffee shop to talk about her work.

DANIELLE: Do a lot of people open up to you about their own mood disorders now that Marbles is out there?

ELLEN FORNEY: There’s been a lot more outpouring of other people’s stories than I realized there would be, but I’ve gotten more comfortable setting my boundaries so that I can be comfortable with that. One thing about opening yourself up by writing a book like this is it allows people to come to terms with their own stories and let them out. It can be a lot to hear.

That’s a lot of responsibility!

It is! I mean, I’ve done autobiographical work for a long time, so I’m somewhat used to it, but it’s always weird for someone to already know a lot about me when we meet.

What do people usually say?

They’re either really familiar with me, or they’ll ask all sorts of stuff about my mom, who I wrote about a lot in Monkey Food. My friend writes a home design blog and my apartment was featured on the website a couple of years ago, which was great. Then I was at a yoga studio that I don’t usually go to, and I was paying with my credit card, and the cashier said “Oh! Ellen Forney! Are you the cartoonist? I really love your work.” She talked about a few things I’ve drawn for The Stranger, and then she said, “Oh, and I really like the combination of new and vintage stuff in your apartment!” [Laughs]

Have you heard from parents and teachers a lot?

Yes, a lot of parents and teachers! The thing to remember is that a mental illness affects everyone around you, particularly families, close friends, and the people who see you on a regular basis, like teachers. I’ve also heard from a number of people who have had ex-lovers who had bipolar disorder, and they just couldn’t take it after a while, but have never really been able to figure out what was going on.

Maybe they were, maybe not, but it was just too much to live with. Even before starting the book, I knew that the statistics were that there were a lot of people with mood disorders. And in the course of doing research for the book, I learned that approximately three percent of the population is bipolar, and about 10 percent of the population has some sort of mood disorder. Depression is a mood disorder, and that’s really common. So if you think that one out of ten people has a mood disorder, then it seems like practically everyone is connected in some way. That’s been one of the surprises for me—one of the really interesting, intense surprises—that kind of widespread understanding and questioning of mood disorders as a personal issue. When I first put out the book, my big concern was that I would be the subject of that gaze and judgment, so much so that I didn’t tell people what I was working on. I was really private about my disorder!

Even though you were writing a book about it?

That’s interesting, because I imagine this book took some time to write, and wasn’t it emotional to go through writing and reliving this stuff but not be able to tell anyone?

It was so emotional to work on, and my limited emotional support group was very important and very strong. I limited the number of people I told about it on purpose because it was really, really intense and vulnerable. I can’t even tell you how hard I worked on this book in 2011. It was just so important to me to get it right.

Is there anything you left out, or wanted to leave out, of the story just so you wouldn’t have to talk about it with people close to you?

Marbles is a story that takes place over years, and there’s a lot that I left out—things that weren’t interesting, or personal things that weren’t pertinent to the story. The one thing that I didn’t want to put in, but I realized that I had to, was pot. I really didn’t want to put in anything about smoking pot. It’s not easy to both put forward what you were doing as unhealthy, and kind of not see [that it was unhealthy], and at the same time be [a] sympathetic [character].