Don’t beat yourself up—try one of these tricks instead.

Friday Playlist: On Top of the World 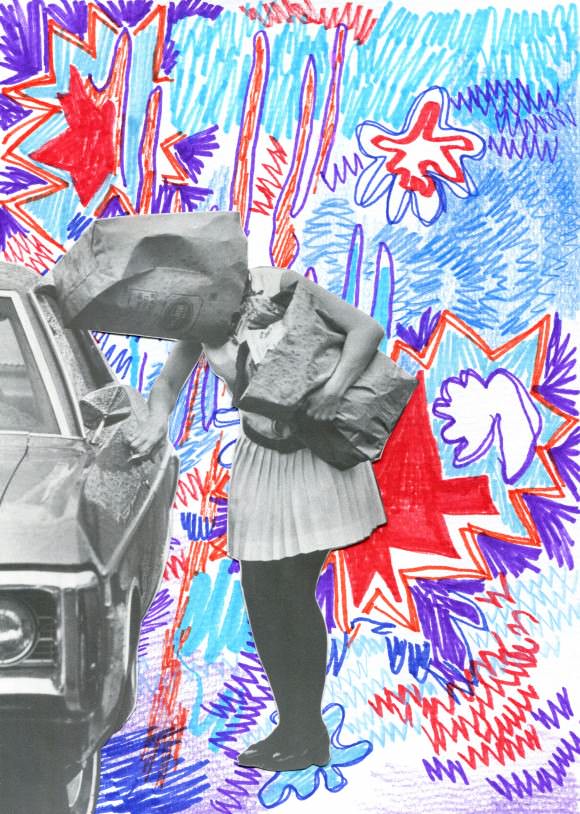 I’ve always been an anxious person. When I was seven or eight my mom forced me to see a child psychologist after I started crying uncontrollably in the middle of class because I was scared that my totally healthy, well-cared-for cats were going to die. I can’t remember what triggered the outburst, but I was in therapy for about a year. (I hated that I had to go see that doctor every week when I should have been home watching Nickelodeon like a regular kid, and I never really talked to her during our sessions, so my mom stopped making me go.) By the end of my senior year of college my anxiety was so oppressive that the skin on the right side of my face started feeling tighter than the skin on the left side. It was like someone was softly pinching my cheek for a couple of hours every day for nearly a month. At the time I didn’t really understand the whole mind-body connection thing, so I went to a doctor, convinced that my problem was purely physical. He gave me a basic checkup, asked questions about my life at school, and delivered his official diagnosis: It turns out I’m a “worrier.”

I had a lot to worry about—I had to keep my grades up just in case I decided to go to grad school, I wrote for a sketch comedy troupe and was always afraid that none of my skits would make it into the show, and I was a history major who didn’t want to be a teacher and didn’t know what I’d do after I’d finished school. And it only got worse after college: A few months after graduation a lot of my friends already had decent jobs and had moved to New York or Los Angeles and were leading grown-up lives that were far more impressive than my sofa-centric existence. In comparison, I was living with my mom in a small town outside of San Francisco, had no friends in the area, no job, and no money, and I had been rejected by three different internship programs. My self-diagnosis: I was a loser.

My life has improved considerably since the days when the most action-packed moments of my week were when I was cleaning my cats’ litter boxes: I went to grad school, I have a bank account that actually has money in it, my first book was published earlier this year, I have a cool boyfriend, and I own a pair of green Dr. Martens. But the truth is that I still feel like a loser more often than I don’t. So over the years I’ve figured out ways to mitigate some of the anxiety I have about the future and my achievements. Though none of these methods are substitutes for therapy or medication if you’re dealing with clinical anxiety or depression (or anything else), they have helped build my confidence.

Surprise someone you care about with a present.
One night when I was about 22, I was waiting at a bus stop and this Drew Barrymore–esque teenage girl came up and started talking to me. Though I don’t recall all of the specifics of the conversation, I do remember that she was visibly upset and had obviously been crying before I walked up to the stop. “You know what I’m gonna do,” she said at one point—and this I do remember clearly—“I’m gonna get a present for one of my friends. I always feel better when I can give someone a gift I know they’ll really like.” The comment was poignant to me—she was in the midst of a situation so lousy that she was out on the street crying, but she was making plans to brighten someone else’s day. Little did she know, she had already accomplished her goal: Her words have changed my life for the better. Whenever I’m feeling down, searching for a perfect gift for someone I care about pulls me out of being so inwardly focused. It’s wonderful and gratifying to give a loved one something unexpected, but that’s just a bonus—the whole idea behind this practice, at least for me, is that it redirects my attention. I can’t wallow in how much everything sucks when I’m celebrating something positive in my life—the giftee.

The present doesn’t have to be expensive—sometimes I’ll buy my mom an 89 cent Big Cherry candy bar from the corner market because I know it’s her favorite. In fact, you don’t have to spend any money at all—you could just make someone a grilled cheese sandwich! The only requirement is that you put some time and thought into the choice. It’s like that book Cher Horowitz read in the ninth grade that said, “’Tis a far, far better thing doing stuff for other people.”

Binge-watch Wonderfalls.
I’ll sit through Orange Is the New Black, Veronica Mars, or The X-Files anytime, but some shows feel like home, and those are the ones that I specifically reach for when I’m miserable. Wonderfalls was a kind of a modern, comedic take on the Joan of Arc story, centering on a sardonic Brown University graduate named Jaye who works at a Niagara Falls gift shop, chooses to live in a trailer park, and questions her sanity when animal figurines and statues begin talking to her, urging her to be a more active participant in the world around her. It was story I clung to this show during my first “nap constantly, have no ambition, the only thing I have going for me is my minimum-wage video-store-clerk job” rut.

Watching my Wonderfalls DVD (stolen from the video store where I worked), I felt like I was commiserating with Jaye. I identified with her, another directionless young woman with an unimpressive job. But you don’t have to be depressed or floundering to enjoy the show (I mean, who can’t enjoy Lee Pace and his eyebrows?), but it’s a particularly good choice for anyone suffering from a bad case of inertia.

Floss your teeth.
According to popular wisdom, going for a walk or doing any aerobic activity can help clear your mind. Sometimes, though, you don’t have time to go for a walk, or you just don’t feel like moving around a lot. Flossing your teeth is a decent, low-effort substitute. I swear it works: If I’m attempting to do make something and I hit a creative block that’s threatening to spiral into a bout of self-loathing, taking a few minutes to floss my teeth hits the brakes on that cycle and gives me the mental and emotional distance I need from whatever I’m working on to be able to reapproach it with a fresh, less critical energy. And managing my stress this way is pretty much the only way that I can get myself to start flossing.

Learn something new.
Once upon a time, if you wanted to learn how to sculpt, you had to study with a master for years. But now all you need to do is Google “sculpting tutorial” and you’re basically on your way to becoming a li’l Michelangelo. So when I’m feeling useless or stressing about whether or not I’ll ever have a Roth IRA (or if I’ll ever even know what the hell a Roth IRA is), I start searching for tutorials. Thanks to my computer I’ve learned the proper way to secure bobby pins, how to play the Halloween theme on the keyboard, make Chinese dumplings, fold a fitted sheet, and turn my old white sneakers into saddle shoes, just to name a few of my recently acquired talents. When I’m anxious I tend to globalize minor problems; watching a tutorial forces me to narrow my focus—instead of worrying about whether I’ll ever be “successful” in life, I’m concentrating on successfully grasping this one new skill, which is considerably less scary. Something as simple as learning how to make a fishtail braid or following a DIY craft project to completion gives me an immediate sense of accomplishment, which makes me feel more capable of pursuing longer-term goals.