Learning to control your power over others. 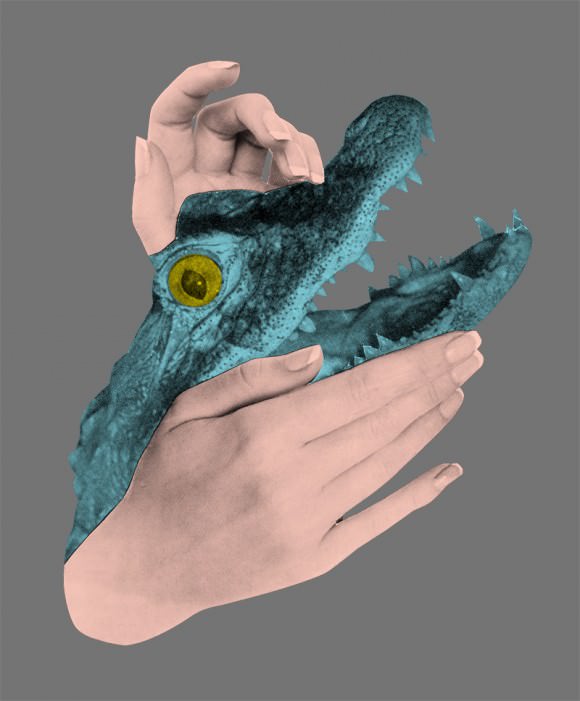 I was 14 when I finally said it to my dad, the dark thing I had been harboring in my heart, the one thing I knew I could never, ever say to him.

My parents and I were on vacation for a week in Quebec City, and I said it in our hotel room. I was in tears, but I said it calmly and with conviction, looking right into my father’s eyes. He had been teasing me all day because that morning I had pronounced the word adolescent like “uh-DOLE-scent,” then at lunch I had referred to a street photographer as a “PHOTO-grapher” and later told my parents the dress code for the hotel restaurant was “CAH-zhul.” These were all words I couldn’t remember having heard out loud, only read in print, and so I was guessing at the pronunciations.

My parents had a field day. “Oh, cahh-zhul, is it, dahhhling?” my mother said in a fake British accent. She turned to my father. “Dahhling, dinner will be a cah-zhul affair.”

“As long as there aren’t any uh-dole-scents in the room,” my dad chortled. “We don’t want any photo-graphers taking pictures of us being so cah-zhul.”

When my mom went down the hall for ice, Dad kept it up, rubbing his hands together with glee. “I don’t know how you uh-dole-scents do it,” he said. “I know when I was an uh-dole-scent, I never wanted to hang out in cah-zhul settings with my parents.”

I felt incredibly stupid for not knowing how to pronounce those words, and I took my parents’ teasing to mean they didn’t disagree. My dad didn’t know that at that moment I was burning with resentment and that I was 14 and all my friends were at the lake that week and I was on a trip alone with my parents like a LOSER and I COULDN’T TAKE BEING TEASED ANYMORE.

I stood up, my hands in fists. “I hate you,” I said. I stalked out the hotel-room door and tried to slam it, but hotel doors have air cushions so they can’t be slammed.

I went to the hotel lobby with a book. When I felt calm again I went back upstairs. Dad was gone, and Mom was sitting on the bed. “Why did you say that to your dad?” she said, disappointment written on her face.

“He was teasing me! You both were! And I told him to stop! And he wouldn’t! And and—”

She held up her hand. “How could you tell your father you hated him? Do you know he was crying?”

My dad was crying? Crying? I had never seen my dad cry. That’s when the guilt hit me. How could I have told my dad—the man who snuck a puppy into his coat pocket for me at a family friend’s farm when my mom had already said no to a puppy, who took me to the store on weekends to buy me marshmallow peanuts before dinner, who told me it didn’t matter if I went to college because he was sure I had what it took to do whatever I wanted in life—that I hated him?

My mom pressed her lips together into a line. “Well, you can apologize, but there are some things you can never take back. Once something like that leaves your mouth, it’s out there forever.”

That was the first time I really understood that words have power, and you can use them to really hurt someone. I mean, I understood that words can hurt just from going to school and getting teased and watching other kids get teased—I had been on both ends of that, lots of times. In middle school, a horrible girl named Jenny consistently told me my clothes were “dorky” and that a lot of people knew of me didn’t like me enough to make me popular. While I understood with my brain that Jenny sucked, she was able to hurt my feelings badly every time she talked to me. I had also stood by and watched as people more popular than me openly made fun of the “weird” people at my school, even though I was aware that that was wrong, and that I should speak up, and that the kind of teasing these people were going through was causing them pain. But the weapons-grade potency of words didn’t really hit home until I was crying in a hotel room in Quebec City, convinced that my dad would never forgive me. Right before I said it, I knew I shouldn’t, but I did it anyway. I just sensed it was the worst thing I could ever say to him, and I had been holding it quietly, my worst weapon against him, for a long time before I dropped it. As soon as the words were out of my mouth, I wanted to take them back. I couldn’t. He had already heard them.

As I’ve gotten older, I’ve had plenty of disagreements with people I’m close to —friends, girlfriends, my family. Sometimes it’s just an email spat, sometimes there’s real-life yelling, sometimes it becomes a nasty argument where both person involved believe they’re the victim and each one is trying to hurt the other with words. Usually, though, there’s an unspoken line you know you shouldn’t cross during a fight, even when things are getting ugly—something you sense would be incredibly satisfying to say in the moment , but that would also be a terrible thing, a near-unforgivable thing, to say.

I hate you.
Go to hell.
I never want to see you again.
You’re a horrible person.
You’re ugly and no one will ever love you.
Everyone hates you.
I hope you die.

It’s a powerful position to be in, knowing you’re holding a lethal weapon that you can pull out at any moment. You can devastate an opponent in one second flat, if you feel like it. How you handle this power is up to you, and it affects not just your adversary but also your psyche and your soul.

Let’s say an acquaintance of yours has been quietly copying you for months—you like a certain band, now she does, you buy a T-shirt from a certain store, now she’s got a similar shirt and is telling everyone how much she looooooves that store. You suspect she has a hard time coming up with her own style and maybe looks up to you, so you don’t say anything, but soon it gets really annoying and obvious. Other people have noticed. Other people are talking about it behind her back. You’re annoyed, and you want everyone to understand that she’s copying you and not the other way around, so you’re not stopping them from talking.

Eventually, you can’t take it anymore and you confront the copycat. She denies copying you, and since she feels attacked and called out, she calls you something that maybe stings a little. Something like “vain” or “self-centered.” You know—just your average painful insult that makes you wonder for juuuust a second, Is that true? AM I VAIN?