The only rule is that you have to be yourself. 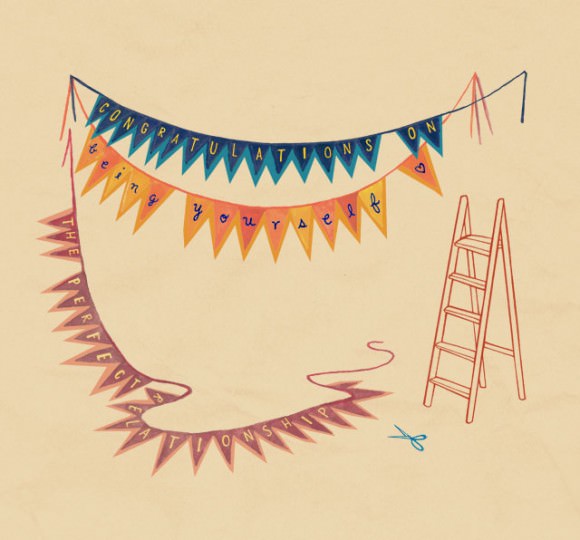 It was springtime, and every bit of me wanted to be whisked away by a wave of romance and wonder so overwhelming that I wouldn’t be able to breathe. It would ache in a good way every time I imagined his gorgeous face. The flowers were slowly budding out of their September shyness, and I wanted to be right there with them.

I was attracted to him right away when I spotted him at the jazz club, but something wasn’t quite right. Our introduction was super smooth, but by the end of the night the source of my discomfort finally hit me: I knew his name. He was a former friend’s ex.

There’s an unwritten rule about not dating your friends’ exes, and the fact that he was her former situation meant that he was completely off-limits to her friends. Even though she and I weren’t speaking at that point, I had dated her older brother a couple of years earlier, and I didn’t want it to seem like I had it out for her by hooking up with this guy too. I refused his request for my number and thought that was the end of that, until he called me a few days later (a friend of mine who didn’t know about any of this gave him my number). I couldn’t even pretend to be offended, because I hadn’t stopped thinking about him since that night. We went on to have a year-long relationship, and it was one of the best I’ve ever had.

I was prepared to deprive myself of a good thing because I didn’t want to be a terrible person by dating someone my former friend had been so smitten with, and I wasn’t trying to be about the drama that would come with her finding out. But what if the person you shouldn’t date is the perfect person for you at that moment in times? I normally prioritize friends over guys, but what if this guy and I were meant to be?

Dating rules seem to have been created to prevent heartbreak, but most rules are awful and you’ll break up with people anyway. It seems like every magazine, book, and pop song is invested in girls and women finding the One. These unsolicited cheer squads seem to be rooting for our victory and tirelessly coaching us with messages repeated so often that they begin to sound like common sense:

We’re made to feel like every move we make should be calculated, like dating is a game of heteronormative chess in which the ultimate prize is a dude. But none of this advice takes into consideration what girls might want.

I’ve tried to follow the rules a few times, so I’ve had my share of days and nights where I dashed to my phone every time it lit up because I thought, Yes, he finally made the first move and now we can get on with this! I soon found that sitting tight, not being able to focus on the task at hand, and waiting waiting waiting felt so torturous that a loud voice inside me screamed, THIS IS SO STUPID. But how else was I ever going to get a man if I didn’t follow the rules? I couldn’t do the unthinkable and actually text or call the dude myself, since that would make me seem way too eager, and besides, Ladies know how to keep a man guessing.

I obviously ditched these rules at some point, because here I was dating my friend’s ex. There’s a song called “Certainly” by Erykah Badu; in it, she sings, “The world is mine when I wake up,” and I pretty much live by that phrase. It’s not as selfish as it sounds—I just enjoy my freedom. For most of my life I’ve gone after what I wanted, but when it came to this one relationship, I had to act like I didn’t know what to do with my heart.

Those times when I chose not to make the first move, the guy usually took ages to make contact. Somewhere on a planet parallel to Dating Advice For Girls, there exists Dating Advice For Boys where play it cool and show her you’re a busy dude are the prevailing principles. It’s no wonder that some of the crappy bits of high school were marked by periods in which my closest friends, who were obviously playing from the same game book, were in blossoming relationships, while I remained single, wondering major why I was so damn undesirable. Most of my friends started dating in eighth grade, and even though I was more nonchalant about relationships I wanted boys to think I was attractive, too.