In a couple years, you won’t even remember your standardized-test scores, I promise. 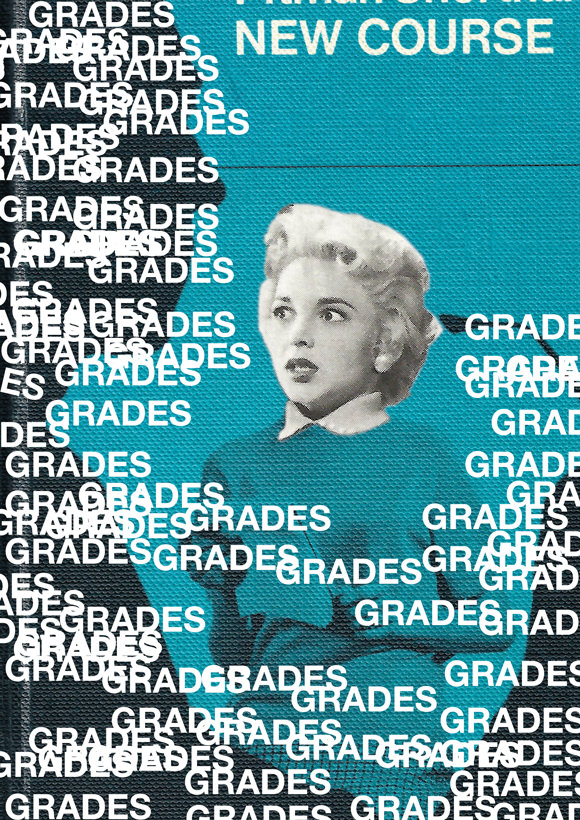 Seven years after graduating from high school, I’m much happier about the fact that I don’t remember my SAT score than I ever was about the score itself. The same goes for my GPA, my class ranking, my ACT and SAT II scores, and even the colleges that accepted me. I’m sure they were all fine! If I recall correctly, I got the same number of rejections and acceptances—four each, I think?—which served to make my decision 50 percent easier. The whole process is now a distant nightmare, but one thing I remember vividly is the mostly unspoken tension that permeated everything: each lunch period at my regular table, all those snooze-worthy but supposedly so important “information sessions,” and every family dinner (especially the ones with other people’s parents) throughout my junior and senior years of high school. The questions hung over that period like a dark cloud: Who’s applying where? Whose grades are higher? Who hired a tutor and private college counselor? Who’s aiming for the Ivy League? Who has legacy status where?

I can’t recall the answers to any those questions today, which I’m telling you not because I think apathy is cool—I cared so much at the time, even though I wanted to act like I didn’t—but as proof that even things that feel like the most important, life-defining assessments EVER will someday in the not-so-distant future mean absolutely NOTHING to you. Those collections of numbers and figures and rankings might seem like the totality of your self-worth right now, but as your life puzzle starts to take shape and you get some perspective, you will see how small these pieces really are. Those numbers and scores aren’t you, and they don’t define you. Compared with you, they are incredibly boring. They’re just numbers, and you are a human person with real interests and passions. And no one’s life passion is taking tests, nor should it be. Ever.

The numbers I recall even less than my own stats are those of my friends (and rivals!) at the time. When I try to picture the valedictorian of my high school class, I just see Tracy Flick from the movie Election, and if I try harder, nothing. Blank. Nada. I couldn’t pick him or her out of a lineup of one, and it hasn’t even been that long. For four years I thought I was engaged in a cutthroat game against the hundreds of kids around me (and hundreds of thousands of others around the country and the world), like some MMORPG verion of The Hunger Games, when we were really each engaged in an endlessly frustrating solo struggle—more like sudoku, I guess—to figure out the best way forward for ourselves.

OK, yes, technically each person applying to a four-year college is competing for a finite number of spots against a seemingly infinite number of applicants, but it doesn’t actually work like a competition, because there’s no way to really keep score: Test scores are part of the secretive selection process, but there are so many more, and there’s no real science to predicting what’s going to sway an admissions committee. You can’t control or influence other people’s performances or know exactly how a school will decide who to take. It’s like playing Monopoly but you have no idea how much money you or anyone else has and you can’t see anyone else’s pieces on the board and everyone’s playing by different rules. That’s not a game at all.

None of which is to say that the process isn’t important: Academic ambitions can be crucial to future successes. On average, people with a four-year college degree make about one million dollars more over the course of their lives than someone with just a high school diploma—though, oh, big surprise, there are fewer financial benefits for women and minorities than for white men. But the more advanced and professional degrees someone has, in general, the more money they’ll make, so anyone who wants to be a doctor/lawyer/banker/rich person, especially, needs a plan.

For those privileged and crazy enough to wrestle with the college application demons at all–not everyone can or wants to attend, and that’s OK—there’s a lot to figure out: prep courses, study books, college visits, letters of recommendation, UGH. Test culture is out of control; it’s also a business, so there are people whose job it is to make you feel like you need to buy advantages and shortcuts. (The fees for everything can really add up.) While most colleges do look at SATs, ACTs, or international equivalents, other aspects of the application like personal essays and the interview count too. Plus, scores don’t necessarily predict how you’ll do in life—or even in college—anyway. And parents often care about this stuff more than kids, pushing class and status anxieties, family-tradition pressures, or unfulfilled dreams onto students who don’t know yet what they want.

In my house, it was all new: I’m the oldest child of two people without degrees, whose parents, both children of immigrants, never even had a chance to go to college. (My mom attended a university briefly for dance but dropped out, and my dad had to forgo a soccer scholarship to help out at his family’s bakery.) So when it came time for me to figure it out, we were all a bit blind. They did set me up to succeed by always sending me to the best schools possible, including pushing me to apply for a rigorous public high school program. Looking back, it’s clear that my support system was enough to help get me decent enough test scores to get into a good school, and eventually find a job, allowing me to forget the specifics of a miserable process. I was, and am, very fortunate.

But in the heat of application season, I felt alone and unprepared, which turned into anger. Intimidated by people with intellectual families and seemingly unlimited money for college visits, I decided that I didn’t care about Harvard or legacies. I acted unconcerned to keep myself sane, and as a defense mechanism: I didn’t want to drive myself crazy with competition, but I also didn’t want to lose–or show that I cared about losing. I may have pushed the exact details of my high school transcript out of my head, but I remember the pain and constant nagging insecurity.

So I wouldn’t dare say “don’t stress.” Grades and test scores are right up there with losing your virginity and picking a profile picture as some of the most worrying parts of being a teenager. By all means, freak out! Throw a book across the room after your third practice test or slam the computer shut after blabbing through your last personal statement of the night. Then eat ice cream from the tub and watch a reality show while dreaming of possible careers like diving for pearls in the Persian Gulf (no diploma required!). Blow off steam however you can–video games, a yoga DVD, binge-reading Rookie–and bitch, bitch, bitch your way through it all with classmates. (Complaining is an ancient art form because it feels amazing.) But try to remember this part: Even though it might not seem like it while examining your dream school’s acceptance rate, your peers are better allies than they are enemies.

When I was going through this process, I couldn’t help resenting two of my closest friends: Kate* for her super-involved and well-educated parents who paid for a summer program meant to boost the odds of her getting into an Ivy, and Will* for his higher grades and test scores. They should have been my confidantes—we could’ve shared coping tips or at least commiserated—but instead I put up a wall, falsely believing we were pitted against one another. (We weren’t even applying to the same schools!) I only felt worse after Kate didn’t get into her top choice (it happens) and Will was forced by his parents to stay close to home instead of pursuing our mutual big-city dreams. At the time, I was too overcome by my own anxieties to recognize theres. Like a lot of high school relationships, ours, as a crew, was never the same.

And yet! In the end, we went to three different schools, had three different sets of experiences, pursued three different career tracks, and were all lucky enough to have an amazing time. Other people I knew took a gap year, ended up hating their “dream school,” transferred three times, or skipped college altogether, regardless of how pristine their original applications were. The post-high school period of self-discovery is going to happen regardless; no perfect score or GPA works like a cheat code, so there’s no use trying to “beat” your classmates at the expense of camaraderie. Personal successes and lasting relationships will stick with you no matter what and should be savored, despite the stress. Energy spent fretting about others could be used to just work a little harder on yourself. Besides, there’s not only one right answer—a dream school is like a crush: if it doesn’t love you back, you eventually get over it and find someone else just as good, if not better for you.

Big test days are good for one thing: You get to skip class. What I do remember is not my scores, but going for pancakes bigger than my face with my friends at the country restaurant Everett’s after we finished filling in our multiple-choice bubbles, our brains still numb and stomachs gnawing, but finally feeling free. The mason jar full of chocolate milk in the company of other zapped kids sticks with me. The school scoreboard, on the other hand, was easy to forget. ♦